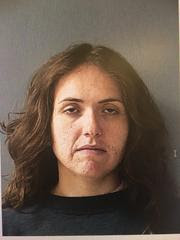 When Kampf-Thibodeau was booked she provided the fictitious name she had used during the previous contacts.  While in their custody, Kampf-Thibodeau’s fingerprints were entered into the system which revealed her true identity.  The Nevada City Police Department then immediately contacted Ventura County Sheriff’s detectives as they learned she had been reported missing.

As a public service announcement, the Ventura County Sheriff’s Office would like to thank the community and all the law enforcement entities that helped resolve this case in a timely manner.  As an agency we were relieved Katherine Kampf-Thibodeau was located, even though the presence of narcotics played a troubling role in this incident.  We would like to remind community to just say, “No” to drugs and search for any resources near you if you feel you, or a loved one, may have a problem with drugs. 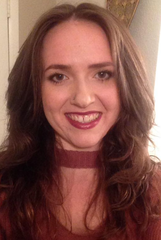 Narrative:
On 04/20/18, Ojai Police Department deputies took a report of a voluntary missing adult, Katherine Kampf-Thibodeau. Katherine was last seen on 04/18/18, by local friends and did not show up for her last day of work, or her going away party on, 04/20/18.

According to family members and friends, her missing status is not consistent with her behavior. Katherine told family and friends she would be traveling north to Oakland California, but never returned to her place of residence (in Ojai) to gather her belongings.

Ojai Police Detectives are seeking the public’s help in locating Katherine and her possible companion, Anthony Williams (DOB: 07/08/86). Detectives learned the pair had possibly traveled to northern California together in her vehicle, or his black 2005 Mercedes-Benz, License plate #GYW9498, New York.

If you have any information of Katherine’s whereabouts, please contact Ojai Police detectives, at (805) 947-8083.