Scroll through the above Solstice photos by Fritz Olenberger

The Solstice Parade was full of wonder this year with fantastical pieces of art, disco dancing, and even mole people. Hundreds of people and colorful floats danced up State Street on Saturday for the 45th anniversary of Santa Barbara's summer celebration.

As every year, the dedicated staff of edhat.com was on hand to count the drums, or lackthereof, during this year's parade. Edhat readers submitted their guesses last week and we have the final tally.

Last year we counted just 68 drums, and this year we tallied just 47 drums, quite possibly the lowest number ever in a Solstice Parade. Congratulations to edhat reader 805JaneZ who was just 1 drum off guessing 46. In fact several edhat readers guessed within 10 drums. Congrats and get ready for our next counting contest: Fiesta horses! 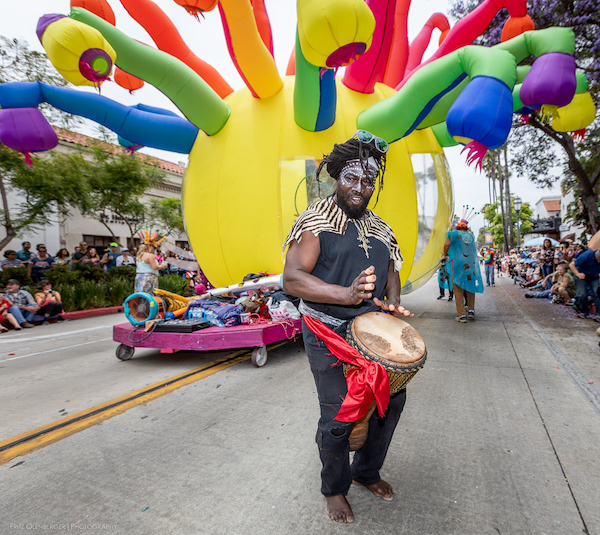 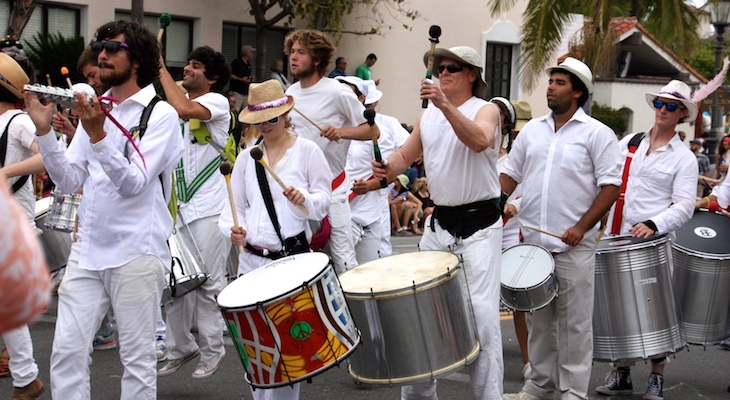 It's almost summer! The official first day of summer for 2018 will be on Friday, June 21. That means the Santa Barbara Summer Solstice parade is right around the corner for its 45th anniversary.

At noon on Saturday (June 22), the Solstice parade will begin on Cota Street followed by a number of fantastical performances and colorful floats.

To keep with the edhat tradition, the Dedicated Staff of edhat.com will lineup along State Street with hand counters to keep track of every drum in celebration. Enter your guess of how many drums will be in the parade below by Friday, June 21 at 5:00 p.m. and you could win a prize from a local business!

What a great parade! And no trash all over the place. I love it!

Wow, why so few drums? I thought there would be several hundred. Wasn't there a time many, many more drums involved?

I never understood this town's obsession with Parades. So I'm going to sit on a crowded sidewalk and wave a bunch of random people in costumes? Eh... no thanks.

A-1561524430 2 1 JUN 19, 2019 12:11 PM-------You make it sound like this is the only place in the USA or elsewhere that hosts parades. Attending parades anywhere is not just about sitting in one place and gawking at parade participants. It's about milling around with the crowd, buying food and drink and maybe a t-shirt or a hat. It's about celebrating life. That said, I stopped going to parades because there are just too many people and I don't enjoy crowds.

gotta say...i laugh at all of the people that come down Wednesday...Thursday and Friday to "stake their claim" and grab a spot. I live two blocks from downtown and usually stroll down there about 10am Saturday, every year, and have plenty of spots to sit with my two daughters and some friends. Do they realize that the drunk kids and homeless use their blankets and chairs and stuff?

275 drums. I won't be at the parade grand-daughter getting married in Paso Robles. Looking forward to photos here.

Flicka, I'd been wondering if we might see some of your pics here. Glad you attended a special wedding instead. :) SB Solstice is our favorite event so I'm glad we were able to go again this year. Ed's pix by Fritz are great, up close, with flash. Ours are from the sidelines but do show a few different features of the parade and spectators, and we put our picks on the blog: https://ja4u.net

There are plenty of homes on

Solutions are above Chip's

We dont need any more people.

BYZ - "I struggle with the

A home in a single family

And it’s only going to get

Around the September equinox,