S/R 33 is open in both directions as of 12:30 pm. Fire equipment and personnel continue to work in the area, and intermittent closures are possible throughout the day. California Highway Patrol will be in the area to monitor and slow traffic to ensure safety of motorists and fire personnel. Motorists are asked to use caution while driving through the area.

Consider alternate routes into and out of the Ojai Valley: Hwy 150 through Santa Paula to the east, or Hwy 150 through Carpinteria to the west.
Thank you for your patience while emergency personnel continue to work on the Vista Fire.

The Ventura County Fire Department with the assistance from the Ventura City Fire Department and Cal Fire are making good progress containing the fire near Highway 33 and North Ventura Avenue in unincorporated Ventura County. The fire is approximately 87 acres with 50% containment. There are 100 firefighters on scene and will be working throughout the day to put out any interior hot spots and strengthen perimeter control lines. There may be smoke visible on top of ridge lines throughout the day, however resources on scene will quickly work to mitigate those hot spots.

Ventura County is still under a Red Flag Warning until 6:00 PM today. Temperatures are forecasted between 90-100 degrees with 15% relative humidity and wind gusts at 20-30 mph.

Highway 33 is expected to be closed until 3:00 PM today due to fire fighting activity on the highway. Northbound 33 closed at Casitas Vista detour Santa Ana Road. Highway 33 Southbound closed at Creek Road detoured to Santa Ana. Casitas Springs residents have access with ID at the Creek Road closure.

The Ventura County Fire Department with the assistance from partnering Fire agencies are making good progress containing the fire near Highway 33 and North Ventura Avenue in unincorporated Ventura County. The fire is currently holding at 117 acres with 50% containment. Firefighters will remain on scene overnight into tomorrow to put out any interior hot spots within the fire perimeter.

Firefighters are responding to a brush fire off Highway 33 near Lake Casitas in Ventura County.

The fire ignited just after 2:30 p.m. on Tuesday and edhat readers have been sharing photos and reports of smoke seen from Santa Barbara.

Copter 6 and 7 are on scene of the Vista Fire in Ojai. Starting to attack fire. @VCFD @OjaiPoliceDept pic.twitter.com/2yQdqCSCu8

Ventura County Fire units are in the area aggressively attacking the blaze named the Vista Fire.

Highway 33 is closed in both directions from northbound at Canada Larga and southbound at Sulphur Mountain. The alternate route to use is SR-150 from Santa Paula to Ojai. A voluntary evacuation has been issued for Teen Challenge at 6790 N Ventura Ave in Ventura.

The fire is reportedly wind-driven with no exact number on the acres burned thus far. 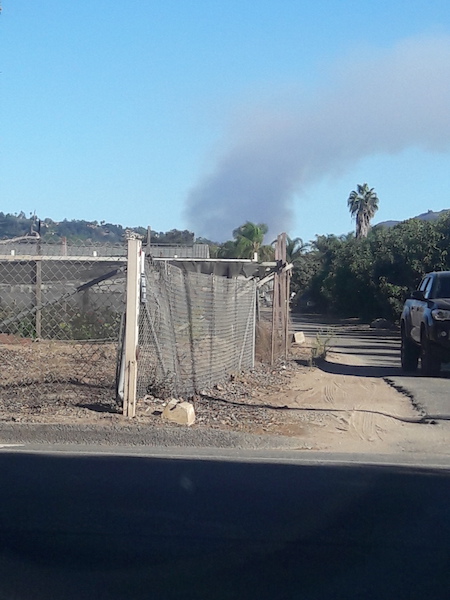 3:27 pm: Is there a brush fire near Rincon in Carpinteria?  There's a ton of smoke in the area. Anyone have an update?

3:31 p.m: Huge fire on the backside of mountain range looks like between Montecito and Carp not good 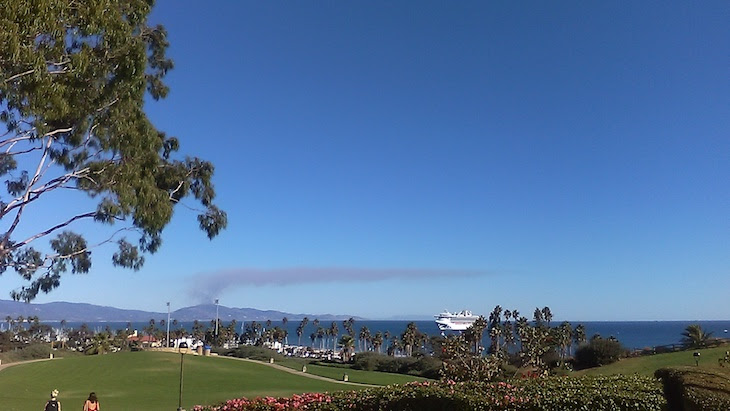 Actually at Casitas Springs. Winds appear to be blowing towards the North at 9 mph. Unfortunately, the Santa Anna's in Santa Paula are blowing from the North East at 27mph. Hopefully it will not push into Ojai at that speed and direction.

Just got email from SBCC. It's on Hwy 33 as WEBGUYSB posted.
SBCC email calls it the Vista Fire.

They can see it from Cate School. I got a photo. How do I upload it?

Looks like it's on Highway 33. KEYT has the story: http://www.keyt.com/news/wildfire/wildfire-breaks-out-on-highway-33-south-of-lake-casitas/644490087

I could see the smoke from Goleta Beach.

"something that will further

Who would have guessed that

VOICE - if you "personally

LCP - where's the hate? Some

Due to a health condition, I