All photos by Fritz Olenberger

The Santa Barbara International Film Festival (SBIFF) treated thousands of students to a free film screening as part of its annual "Mike's Field Trip to the Movies" program.

On Thursday and Friday mornings this week, approximately 4,000 local fourth, fifth, and sixth-grade students took a field trip to the Arlington Theatre to watch Disney Pixar's Academy Award-nominated animated film Coco. Based on Dia de Los Muertos, the film follows a 12-year-old boy named Miguel Rivera who is accidentally transported to the land of the dead, where he seeks the help of his deceased musician great-great-grandfather to return him to his family among the living. 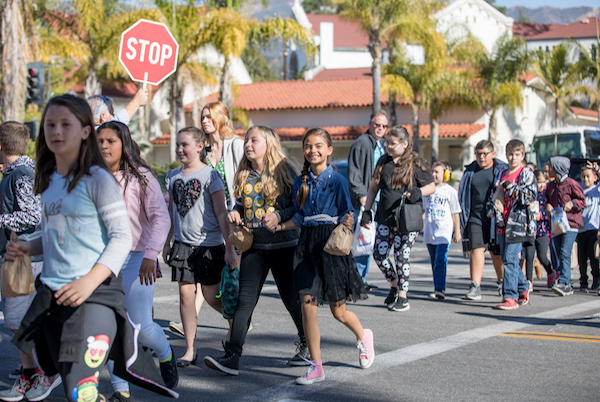 This program was founded by the late acclaimed nature cinematographer Mike DeGruy, and it aims to explore how to use the art of filmmaking to stimulate creative, confident and culturally aware thinkers and empower students and teachers with a creative approach to education. To guarantee that underserved populations can experience this opportunity, SBIFF provides free transportation to students from Title I schools (low-income demographic areas). In addition, SBIFF provides a Study guide for the film and works with select schools to coordinate in-school filmmaker presentations prior to the field trip so that students approach the film as active viewers.

Both mornings began with screenings of the film, directly after there was a discussion covering numerous topics relating to the film but also educating the youth. Coco's co-director, Adrian Molina was on stage with SBIFF Executive Director Roger Durling to lead the educational discussion. 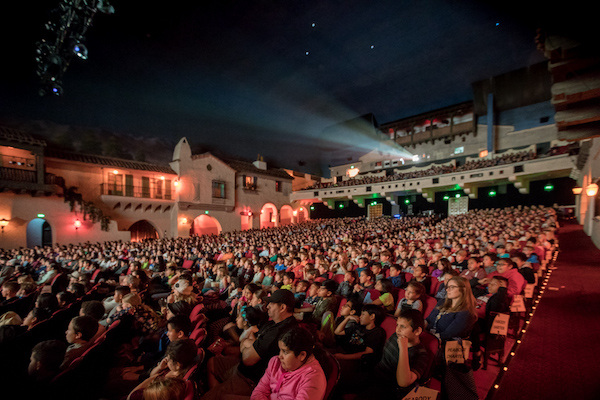 In the past, Oscar winners James Cameron (Titanic, Avatar), Lee Unkrich (Toy Story 3), Gore Verbinski (The Pirates of the Caribbean, Rango), Peter Ramsey (Rise of the Guardians), Chris Buck and Jennifer Lee (Frozen), Chris Miller and Phil Lord (The Lego Movie), Pete Docter (Inside Out), and Bryan Howard (Zootopia) have been in attendance and educated the Santa Barbara County students.

Randy Weiss, Penny Sharrett, Debbie Jimenez, and Vince Caballero, representatives from Union Bank who was a sponsor of the event, were also in attendance to spend time with the children. 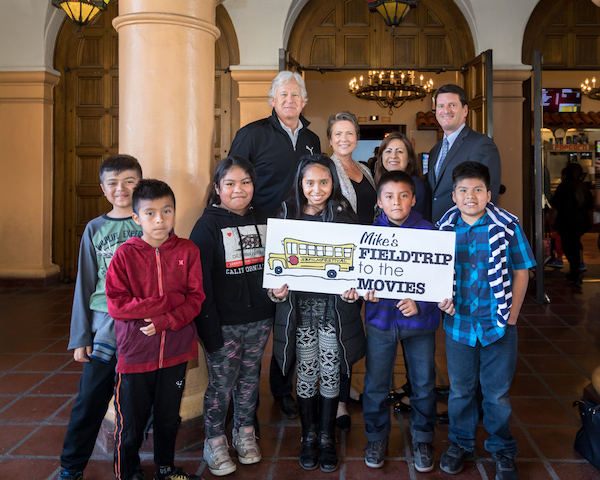 Toggle Comments (Show)
Thousands of Local Students Enjoy Free Film Screening
Makes me so happy to see these kids smiling at a lovely movie with a great message. Thanks to all those who made it possible.
Thousands of Local Students Enjoy Free Film Screening
Thank you for these pictures of happy children. Such a welcomed sight in an otherwise dismal news cycle. Thank you to the foundation that sponsors this event for our children and to the volunteers who handle the logistics. I love the pic of the spellbound audience in the theater. Now that is what Santa Barbara (and its future) is all about: a cultured and multi-cultural people.
Please Login or Register to comment on this.

As I stated , many hand

"There is evidence the

The neighbors must be

Understood, thanks. I was

You're right, it is a good

How do residents put up with