Story poles are now up at the corner of Ortega and Chapala Streets mapping a proposed 39-unit apartment complex in downtown Santa Barbara.

The former home of the Volkswagen Dealership at 630 Chapala Street is showcase poles up to four stories high across the street from the Paseo Nuevo parking garage and former Macy's building.

The project is slated to be a new three-and-four-story mixed-use development that includes 5,119 square feet of commercial space and 31,617 square feet of residential space consisting of 39 rental units. A voluntary lot merger between 630 Chapala Street and 25 W. Ortega Street is proposed, as well as an ingress/egress easement with 17 W. Ortega Street. The proposed density on the 27,492- square-foot merged site is 63 dwelling units per acre.

Architect Tom Meany is the applicant whose grandfather founded the car dealership at that very location in 1958. It ran until 2017 and has sat empty every since. 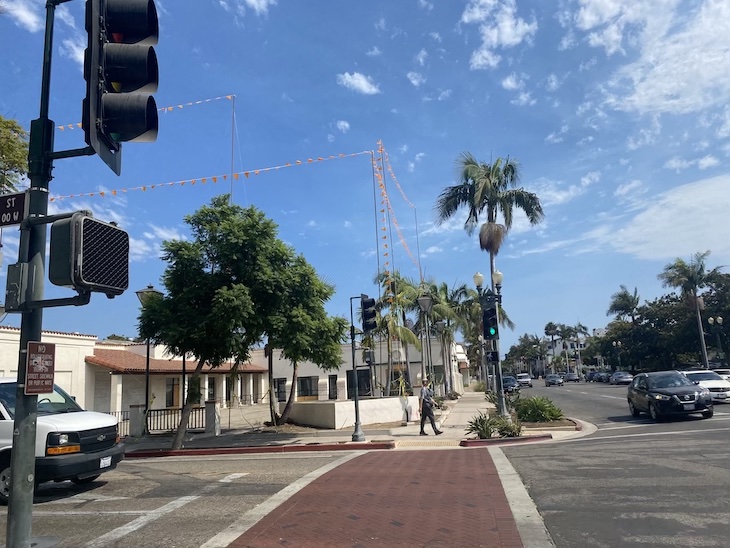 The city of Santa Barbara has been pushing for more housing and this project takes advantage of Santa Barbara’s average unit-sized density (AUD) incentive program. Four of the thirty-nine apartments are slated to be rented at below-market rate while the rest will be offered at market prices.

The project required a Community Benefit Height Exception to allow the buildings to exceed 48 feet in height to the proposed 50 feet, 11 inches. The city's Planning Commission signed off on the project's height exception last August.

The project will return to Historic Landmark Commission for a decision regarding Project Design and Final approval. The lot merger would take place with the Public Works, Engineering Division prior to issuance of a building permit for the project. 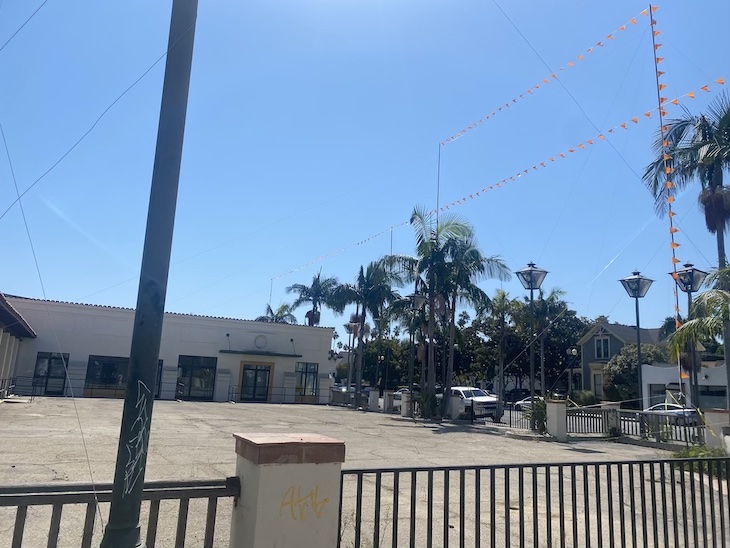 Wow, pretty cool legacy for an architect to plan for the future of a property with so much family history. Unfortunately, I fear the city would rather see this property remain vacant as a sort of deteriorating monument to the past instead of adapting to the needs of the future. If Mr. Meany’s grandfather had tried to open his dealership with today’s city of Santa Barbara, it never would have happened.

City has been super supportive. The planner has been great as well.
Dealerships no longer allowed here in current zoning (remember when chapala was all cars and service?).

It looks beautiful, Tom! Good luck with the City.

I bought my first car in SB at that dealership in 91. Sweet memories. I'm glad more housing is being built in the urban core though.

(Sung by Flash and his cronies in their Den)

The deeds are in my pockets
I've got a contract in my hand
An opportunity of luxury living
I'll arrange mortgage
To be repaid a hundred percent
I can't wait around so make your decision
We'll buy up all the cottages
And every house and every street
Until we got everything we need
Every town in the vicinity
Every farm and village green
We're gonna buy up everything
Then it's demolition
Demolition. Demolition

This song is very equivalent to the developers of their AUD Projects here in SB (and throughout all of California) which are suppose to be affordable in rent, but they are not whatsoever, and the destruction and tearing down single family homes to build three to four units. Ray Davies saw this coming almost fifty years ago.

Bizarre comment. They are not tearing down single family homes to build 3-4 units but it’s nice of you to post song lyrics

Great looking project in a perfect location to try to save downtown from its inevitable demise.

This is a few blocks away from the MTD Transit Center and a perfect location for low income housing - an income level of resident that would use MTD.

Chip, it's rather silly you

Sac, our current hands off

"Why is a mountain covered in

Push it one day to Sunday!

This is brilliant. Children

This is a good idea, but it

What's the stink about?

ZERO - for the right salary,

Carbajal applauds yet another