On Saturday, January 25, 2020, a Sheriff’s Deputy was driving southbound on the 101 near Santa Claus Lane when he noticed a black Chevrolet Malibu matching the description of a suspect’s vehicle associated with thefts from several vehicles in the Los Alamos, Gaviota, and Goleta areas. A license plate check of the vehicle revealed that it was reported stolen in San Jose. As the deputy followed the vehicle, the driver began swerving in and out of traffic. The vehicle gained distance ahead of the deputy that was following and crashed into another vehicle just before the Reynolds offramp. Witnesses on the scene told deputies that two suspects had run from the vehicle towards Cramer Road. Deputies found the female suspect in the area of Carpinteria Avenue and Sandyland Cove where she was taken into custody. 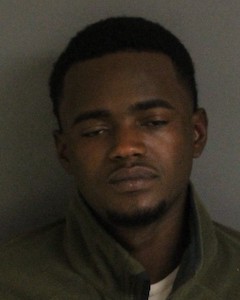 Deputies searching the area for the second subject were alerted by witnesses that a male subject had run behind a housing complex in the 4200-block of Carpinteria Avenue. Several deputies along with a Sheriff’s K9 and County Air Support searched the area and located the male suspect hiding in the bushes. He was taken into custody without further incident.

The female suspect, 19-year-old Emily Rodriguez of San Francisco, was booked into the Santa Barbara County Jail for felony vehicle theft and has since posted bail. The male suspect, 24-year-old Jamal Rutledge of Richmond, remains in custody at the Santa Barbara County Jail for misdemeanors including; possession of stolen property, possession of known stolen property, petty theft, trespassing, theft of property, and vandalism. Felony charges include vehicle theft and burglary. Additionally, he is being held on two felony warrants from Richmond Police Department for felon in possession of a firearm (no bail), and felon in possession of firearm, carrying a concealed weapon in a vehicle and carrying a loaded firearm in public (bail $150,000).

Throughout this past week, deputies have been working diligently to inventory and match items found in the stolen vehicle to items that were reported stolen to State Parks Police and the Santa Barbara Police Department. At the conclusion of their inventory, they are left with items that are believed to be stolen but not reported. The Sheriff’s Office would like to encourage victims who have not yet reported a theft from their vehicle on Saturday, January 25, 2020 visit our website and report their property as stolen. We would also like to thank the witnesses that assisted in the apprehension of these suspects by keeping a safe distance and relaying what they observed to law enforcement. 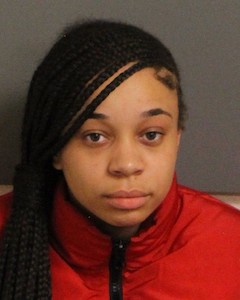 She already bailed out must have snitched too, it's bad enough having a partner but a gal will get you soy burgers every time.

Woman learning to get smarter, hopefully, for her. Didn't know you were a misogynist, Roger.

I don't think it's effective to use the word "misogynist" so lightly even in jest. Roger doesn't disparage females on a regular basis (and probably never demanded "favors" on the basis of being a male in a position of power.) Elevating every <possibly> offensive word or remark to being one amounts to "crying wolf." That creates a "walking on eggs" situation that defeats creating progress on the ignorance and injustice that has crippled productivity and progress for a very long time.

If she was smart she never would have went with him in the first place.

I'm not prejudiced against women I know better than to ever have used one as a crime partner in face of all my crimes except for one I had a partner.

Wrote that wrong in all my crimes that were under the age of 21 I only had one partner it was a male he abandoned me I got busted he thought I snitched him and came back to waste me police and feds were waiting they got him I was 19 and cut loose as they wanted him. After that I worked along Women crack faster in my opinion when it comes to crime partnership police offer them small time or freedom they don't want to do time so most of them snitch...Always remember the Lady in Red not using a woman as a crime partner does not make me prejudice toward women it makes me Free.

Its fantastic these criminals have been caught. They make their living making others suffer. I hope they get what they deserve.

Shall we take bets on how

it will open up after the