Update by an edhat reader,

I was able to view the Space X Falcon 9 rocket launch this morning at 7:17 am from the Botanic Garden in Mission Canyon which was just above the fog. The reusable first stage booster could be seen separating from the payload and began its return to land back at the launch pad. 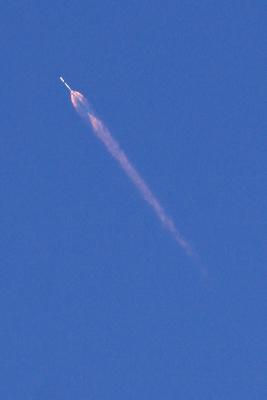 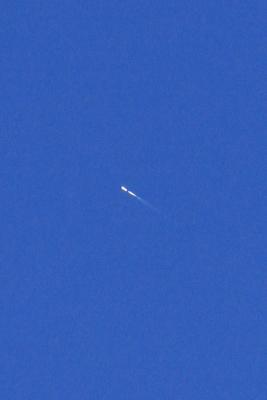 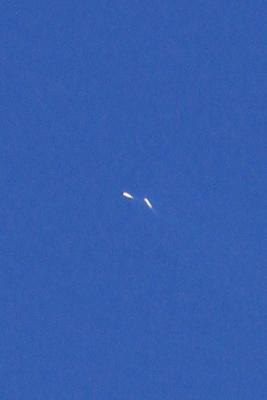 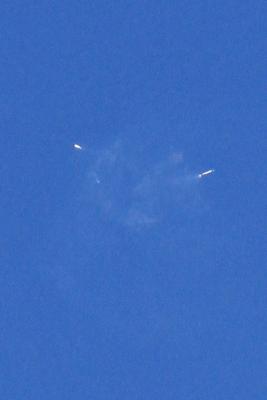 Team Vandenberg is scheduled to support the launch of a SpaceX Falcon 9 rocket carrying the RADARSAT Constellation Mission from Space Launch Complex-4 on Wednesday, Jun. 12, with the launch window opening at 7:17 a.m. Pacific Time.

"Team V continues its dedication to assured access to space for the nation," said Reeves. "Partnership is vital to mission success, and we are proud to share the load of this mission with SpaceX."

SpaceX is attempting the secondary mission of landing the first stage of the Falcon 9 rocket at Landing Zone 4, which was previously called SLC-4W.

Local residents may see the first stage of the Falcon 9 returning to Vandenberg AFB, including multiple engine burns associated with the landing. During the landing attempt, residents from Santa Barbara, Ventura and San Luis Obispo counties may hear one or more sonic booms. A sonic boom is the sound associated with the shock waves from an aircraft or vehicle traveling faster than the speed of sound. Sonic booms generate a sound similar to an explosion or a clap of thunder. The sonic boom experienced will depend on weather conditions and other factors.

The public can view this launch from the Hawk's Nest on Azalea Lane off of Hwy 1 just over a mile south of Vandenberg AFB's main gate, which will open at 6 a.m. and close after the conclusion of the landing of the first stage.

So when will this landing & possible sonic boom happen? I wanna listen for it.

The first stage will be back shortly after launch. If you login to the Spacex webcast you will have a "play by play" of the entire launch & first stage return sequence. There is a time delay so the live view of the launch in the Valley will be further along in the timeline than the webcast. You still get the idea for the squence though.

Thanks Neighbor! Will be listening for it!

In Los Olivos, I heard the rumbling grumbling between 7:20 and 7:23- rattled windows and doors

That was the launch. Saw con trail for 1st minute from SB then nothing. Still watching heard the booms about 7:28, looked up and saw the stage coming down but the flare was gone before I could raise my camera. Still cool, first time seeing a stage return.

We couldn 't see the launch or landing up here close to Vandenberg. We got the full effect of the sounds of the launch coming down the Valley though, and the first stage re-entry gave us a fantastic double sonic boom. Hey Nature Boy, did you hear it?

Great photos! I especially liked the last one showing the lower stage re-orienting itself on the return flight.

They expect that this year,

Another report is saying the

They do not have him yet but

Not sure if they have him

Subject was seen climbing up

There is some Law Enforcement