An unidentified bank robbery suspect nicknamed “The Seasoned Bandit,” is being sought by the FBI and law enforcement partners in Los Angeles and Santa Barbara Counties in connection with at least 9 bank robberies since April 2017.

The suspect, further described as a white male in his 50s or 60s, wears casual clothing, a hat and sunglasses, and can be seen in bank surveillance photographs being distributed to the press. The moniker “Seasoned Bandit” was assigned based on the bandit’s suspected age and grey-white hair. 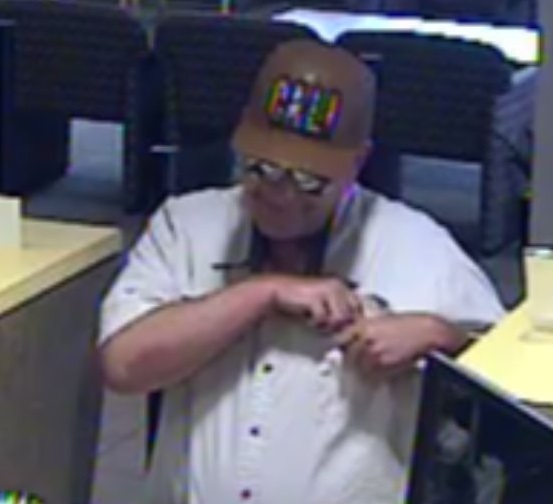 During the robberies, the Seasoned Bandit passes a note in which he demands cash and threatens a gun if the victim teller does not comply with his demands.

The banks linked to the Seasoned Bandit are listed below:

Anyone with information as to the identity or whereabouts of the Seasoned Bandit is urged to contact the law enforcement agencies investigating this case or dial 911. In Los Angeles the FBI may be reached 24 hours a day at 310 477-6565.

For information about additional bank robbers being sought in the Los Angeles region, please visit www.labankrobbers.org.

On September 6, 2017 at about 5:00pm a male robbed the Coast Hills Credit Union at 2264 S Bradley Rd. The male showed the teller a note demanding money and indicated he had a weapon. The suspect fled with an undisclosed amount of cash.

The suspect is described as a white male in his 50's or 60's wearing a brown cap with the word "Cali", sunglasses, a light colored shirt with chest pockets, and blue jeans.

Anyone with information is asked to contact the Santa Maria Police Department. An anonymous tip may also be submitted on the SMPD website.

He's got some ginormous ears in the second top picture!

If they can't catch him after 9 robberies with all the technology we have in 2017 then almost deserves the money. Obviously I'm being sarcastic but, he's good!

Maybe check the casino cause he's spending pretty quick on something.

Are they deliberately not mentioning the mask?

Out of work ,out of cash, to young for SSI and nothing to loose. He'll be out about the time he's eligible to draw SSI. Untill then club fed.

Why would they stop

Crime goes down when the

So we only care about deaths

This is the affidavit from

Thank you for this excellent

First place I check when Sh