Day 4 of the 35th Annual Santa Barbara International Film Festival presented by UGG concluded with a star-studded evening with the presentation of the Virtuosos Award, which recognizes a select group of talent whose noteworthy performances in film have elevated them into the national cinematic dialogue. 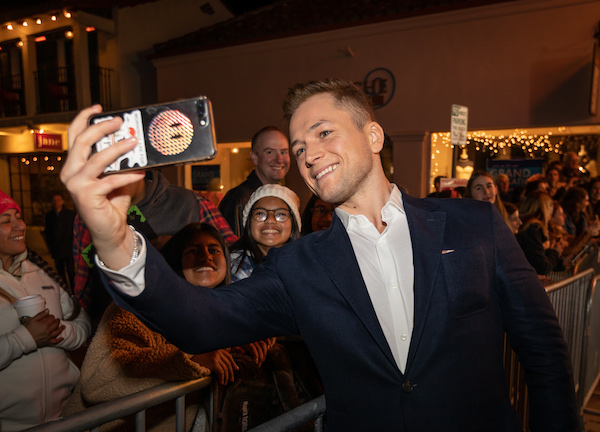 The tribute, held at the historic Arlington Theatre in Santa Barbara, was moderated for the tenth year by Turner Classic Movies host and IMDb special correspondent Dave Karger, who engaged in one-on-one discussions with each of the night’s honorees to take a look back at their flourishing career and recent noteworthy performances.

The one-on-one discussions were followed by a group panel discussion, also moderated by Karger. Following the conclusion of the panel discussion, Santa Barbara local and legendary actor Christopher Lloyd presented each honoree with their award.

Aldis Hodge spoke on working with Alfre Woodard in the film Clemency stating, “As an actor and an artist, I always seem to put myself around teachers. I love to get around education and an environment that’s going to help elevate and grow me. Being around someone as masterful as miss Woodard - that’s exactly what you’re going to get. She’s a fantastic actress, a fantastic scene partner, a fantastic leader. So for me, it really was a privileged education. 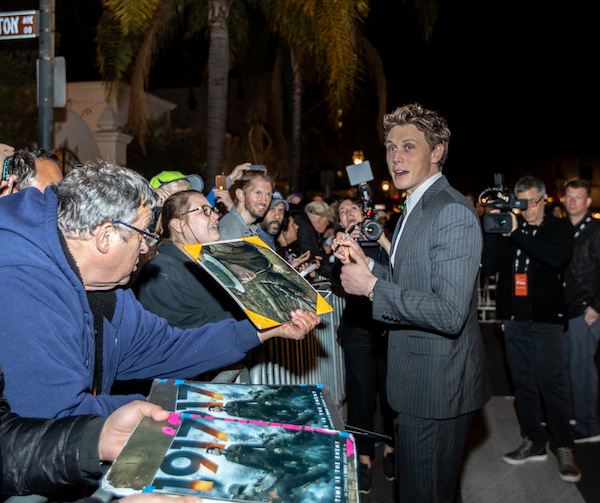 Awkwafina discussed using her real name, Nora Lum, for her on-screen credit in the future. “I think in the beginning, Awkwafina really was someone to kind of like take the stage fright and the nervousness and the neuroses and the overthinking. But I think more and more as I grew up, I realize they are the same person. And when I see the name Awkwafina on like a chair back or a call sheet, it's the name I chose for myself. That means something to the 15-year-old girl that was like ‘it’s a great idea to name yourself Awkwafina. Which years later - regrettable - but it’s fine. It’s an homage to that, and I don’t think I’m ready to lose it yet,” she said.

Beanie Feldstein talked about young girls admiring her for her role in Booksmart. “Sometimes I’ll just see two young girls come walk up to me and I just put my arms out, and it’s so fun and it’s so lovely. It’s just a joy. We made this movie for everyone, but it’s a testament and celebration of young women, and we just wanted to do this generation proud because they’re so engaged with the world in a way that even…I was at that age. But I feel like young people today are invested in their society at such a young age and it’s so inspiring and we really wanted to celebrate that in Booksmart,” she said. 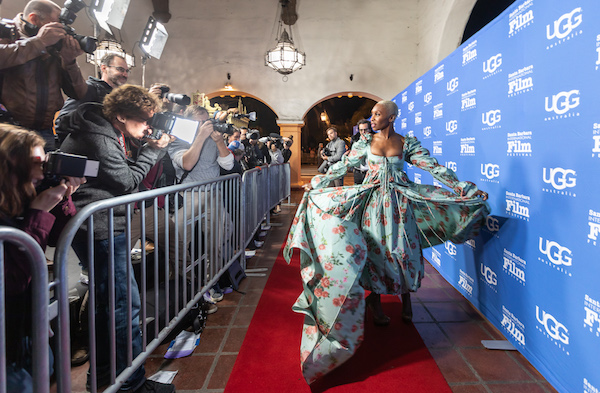 Cynthia Erivo spoke about getting emotional during the Sesame Street tribute at the Kennedy Center Honors. “I think there’s something so endearing about the stories that Sesame Street would tell. It included everybody. No one was excluded from something like Sesame Street. So when I was watching the montage of the things that went by, it just made me feel like a kid again. I felt like these people really wanted to include all the children in the world. No one was different, no one was apart,” she said.

Florence Pugh discussed her performance as Amy March in Little Women. “[Greta Gerwig] wanted Amy to be more than just the girl that burned the book and ended up with the guy, and she was excited to maybe let people see themselves in Amy...When we made it, it felt great and lovely. Through Amy in this version, the audience finally gets to see how rough and how tough it was for women, and how clever she was for her to choose the life that she had,” sha said. 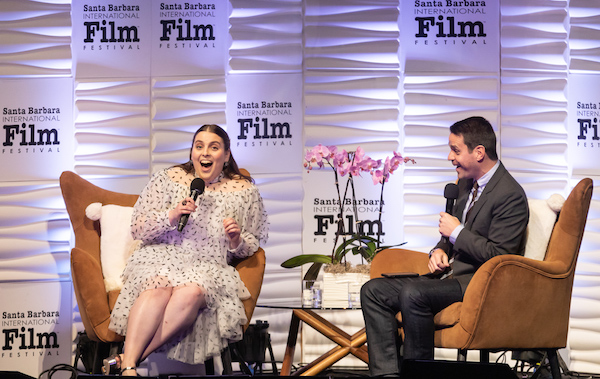 George MacKay talked about working on the film 1917: “It’s like a play and a film together, and that process of being involved right from the beginning...we had to choreograph the entire film. We had to suss out the emotional rhythm and the pace of the entire piece because it dictated the actual length of the set,” he said.

Taron Egerton beamed when speaking about winning a Golden Globe for his role as Elton John in Rocketman: “You know, I’m from a really rural part of the UK. I’m from the middle of Wales, and the Golden Globes feels like something that happens to other people. So to be there, to be nominated was incredible...to win was just really wonderful,” he said. 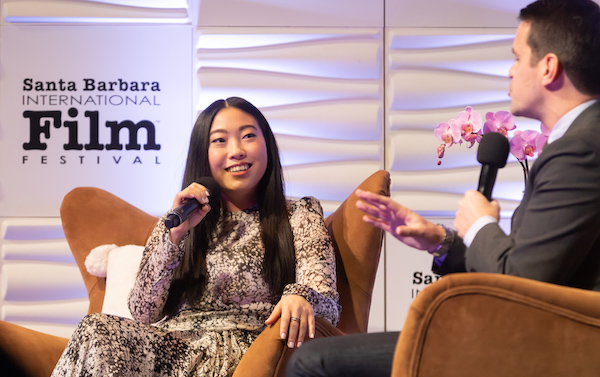 Taylor Russell spoke on how her personal experience translated to her role in Waves. “There’s a lot in my life that I think prepared me for this role. I have two brothers, and that connection is really important to me...I know what it feels like to love somebody and not like them. I knew what a relationship was like with a brother, so I had that and felt that with Kelvin right away,” she said.

The final portion of the program was a true crowd-pleaser as Karger brought out all eight honorees for a panel discussion. The audience got a special treat when Karger asked what each person’s go-to karaoke song is, which then escalated to the honorees breaking out into song on stage. 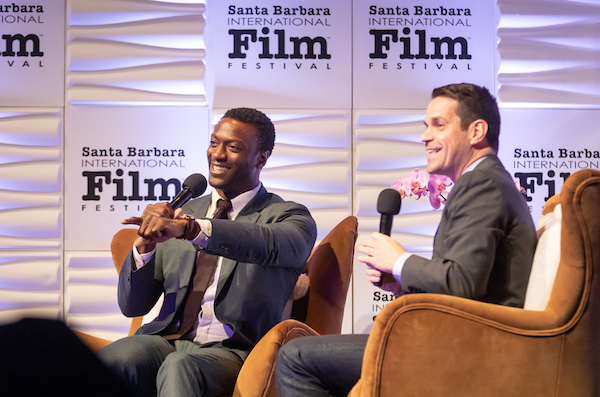 Provoked by Erivo, Hodge sang a few lines of his favorite karaoke song, “Gold Digger” by Jamie Foxx ft. Kanye West. He then prompted Erivo to sing her song, “We Don’t Need Another Hero” by Tina Turner. While Erivo was belting out a few bars from the song, Feldstein pretended to faint in her chair as the audience cheered for more. Egerton also volunteered to sing part of his favorite karaoke song, “Faith” by George Michael.