The SBLBC celebrated their Open Bowling Day Saturday, April 7 at Spencer Adams Park, 1216 De la Vina Street. The Open Bowls Day welcomes adults in the Santa Barbara business and residential community to come and try their hand at lawn bowling, and meet a bevy of club members who bowl regularly at the downtown Santa Barbara club.

Despite some intermittent drizzle, the games went on all morning, and Gloria Torres, Denise Missman-Foxwell and Sharron Adams said they would never let a little rain stop them from playing. 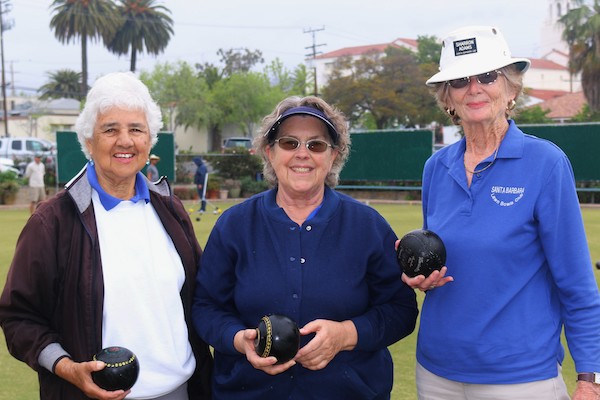 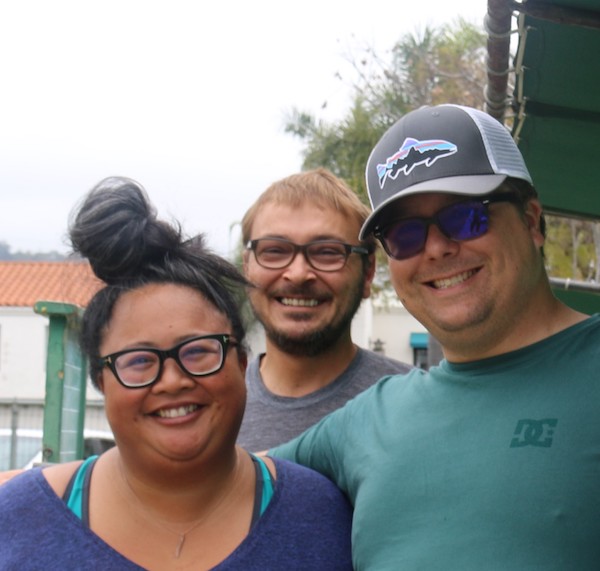 The Santa Barbara Lawn Bowls Club was formed in 1937 and celebrated its 80th anniversary in October of 2017. Both Santa Barbara County Supervisor Das Williams and City of Santa Barbara Mayor Helene Schneider presented proclamations to the club for their outstanding contribution to recreation in the downtown area; SBLBC is sponsored by the Parks and Recreation Department of the City of Santa Barbara. For information contact Sharron Adams 805-618-8656 or 805-965-1773 or visit Visit: http://www.sblbc.org.

Not sure why this gets so much excitement and press all the time. No families, no kids, old grumpy folks and white shoes....fun.