The Squirts (10u), Pee Wee (12u), and two Bantam teams (14u A and B level) competed against other west coast teams in their divisions. Both the Squirt and Bantam A teams brought home the first-place banner to their home rink, Ice in Paradise. The Pee Wee team won silver after a hard-fought championship game.

The Bantam A team went into their championship game after three close wins in each of their games. After the first period the Ice Hawks were losing to the San Diego Oilers 3 to 0. By the third period they had tied the game 3:3 and kept the tie in a five-minute overtime to win in shoot outs with three winning goals by: E.J. Scullion, Jack Kane, and Eli Heinze.

Trailing behind 1:0 after the first period the Squirts put on the pressure in the second period to get ahead by two goals in their championship game against the Valencia Flyers. A hat trick by Amsterdam Sweet secured their 6:3 win in the third period.

Former LA Kings player, and coach for the Ice Hawks Bantam A team, Steve Heinze, reflected on the success of the weekend tourney, “The feelings, the memories and the lessons learned from this weekend’s experiences are worth every second of hard work and sacrifice the players and families have committed to get to this point.”

Each of the Santa Barbara Ice Hawk teams qualified for the Southern California Championship games next month. If they win there, then the teams will go on to compete for the state championship.

To learn more about the youth hockey programs visit www.sbicehawks.com. 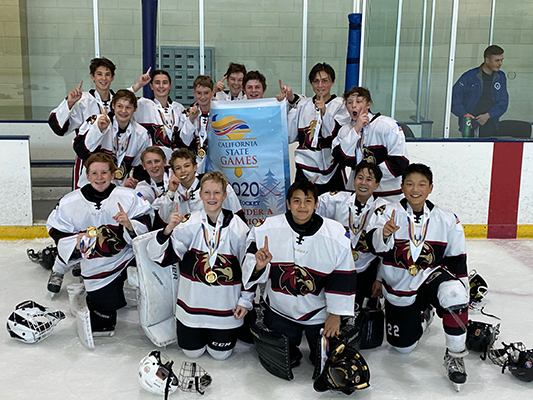 The body autonomy claim has