Each year I enjoy viewing the Perseid Meteor Shower and always hope to capture a few on camera.

Conditions were not ideal this year since I was not able to journey to a dark-sky site and were further limited by a combination of light pollution and intermittent cloudiness.

We did manage to see a fair number and include this one, as it was the biggest and brightest, at least during the actual times we were viewing and/or photographing.  This was captured during the "peak" at 12:50 a.m. on Thursday the 13th.

Interestingly, we also captured an unusual aircraft flight pattern as seen in the photo with numbers from 1thru 10.  The photo is a composite of ten images take between 11:45 and 11:49 p.m. on Friday night (8-14.)

The numbers indicate the direction of travel from start to finish while the small gaps represent 8-second intervals between the time one photo ends and the next begins.  The photos were 20-second exposures.

Unlike a typical aircraft flight path which is seen during a time exposure as a straight line with intermittent red or green "dots" as the lights blink, this craft exhibits an odd flight pattern including two 180° turns as it moves through the night sky. The camera was on "auto pilot" at the time these exposures were made so I was not able to be outside to hear the sound of the craft, be it fixed-wing or rotor.

The detail photo also shows an arrangement of lights which I had not seen before.

So, all you Edhat nite-owl sleuths, weigh in with your theories as to its origin... of this world or another...? 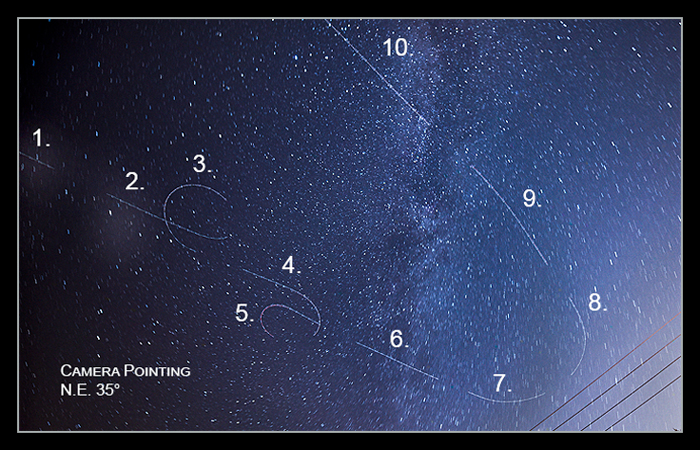 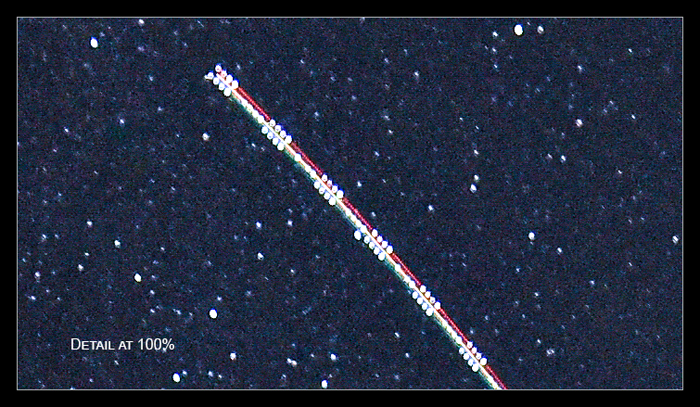 The Air Force just released several recent UFO sightings in southern California.......the truth is out there....

Definitely an aircraft of earthly origin, unless aliens miraculously conform to our navigational lighting conventions for red and green.

Nice pix, Chuck. Thanks for sharing. So #2 & #3 represent 40 seconds plus a short gap between exposures? One minute 360s is pretty fast for most piloted vehicles other than aerobatic or slower types like a Piper Cub. Maybe a drone, since the overall track is meandering and many (all?) of those also have standard color and white nav lights.

The Environmental Defense Center proposes threats of ExxonMobil's proposal to restart three local offshore oil platforms and truck the oil along the winding coastal Highways 166 and 101.

The Goleta Police Department is participating in “Operation Clear Track,” a rail safety initiative to raise awareness of the importance of making safe choices near railroad tracks and trains.

Santa Barbara County Association of Governments Highway 154 Safety Committee announced they will convene a meeting at 6 p.m. on Wednesday, September 29 via zoom webinar.

Vehicle vs Motorcycle on Hwy 246

Andrew reports a vehicle and motorcycle collision on Highway 246 with a victim requiring helicopter transport.