Nancy Maureen Trieger left this life on May 29, 2018; and she will be deeply missed by all who had the good fortune to know and love her. 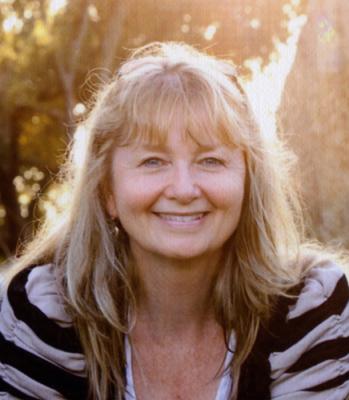 Nancy was born in Racine, Wisconsin July 28, 1950, the 3rd of four children to Dr. Joseph and Norma Dockery. Although she was small in stature, she was a force to be reckoned with. Only those who could out run her would get away with “picking on her!” She was adventurous, curious, very daring and loved to sing. She founded “The Valley of Red Chief” a secret hide out that only a select few were ever invited to see. She once even prepared to attempt a parachute jump from the roof of the two story family home!

In the early summer of 1963, the family moved to Santa Barbara, CA driving the family car and a U-Haul truck across the country over seven very long days! Although Nancy looked forward to this new adventure, she was also sad to leave her grandparents, many aunts, uncles, cousins and friends behind. In Santa Barbara, Nancy attended local schools (spending several summers as an exchange student in Torreon, MX where she became fluent in Spanish), and graduated from San Marcos High School and Santa Barbara City College.

Nancy enrolled in the inaugural class of “College 8,” the newly established environmental college at the University of California, Santa Cruz and graduated with BA degrees in Environmental Studies and Science. Nancy made many friends and fond memories during those exciting and formative college years, where her developing appreciation of, and commitment to the environment inspired her life-long love of cycling.

In 1974, as a young woman fresh out of college, Nancy cycled solo through Germany, Holland and England, to rendezvous with Alex, her sweetheart, soulmate, and future husband. They continued on to Ireland together where they enjoyed many adventures—the stuff of happy memories. Another bicycle trip, this time down the coast from Portland Oregon to Santa Barbara, was yet another of many fun-filled, two-wheeled adventures with Alex and Nancy’s cycling cohorts, “The Flaming Bananas.”

Alex and Nancy were married on the island of Maui, Hawaii on September 27, 1981. Returning home to Santa Barbara they embarked on their greatest adventure together: raising their two sons, Morgan and Tyson, of whom Nancy was immensely proud, fiercely protective and loved beyond measure.

Professionally, Nancy worked as the penultimate travel agent in the family business, Celebrity Travel. Nancy’s high standard of professionalism insured her clients’ safe, and trouble free travels, regardless of whether they were taking a puddle-jump flight to another state, or a multi-layover sojourn to the far-flung corners of the world; every trip and every client was tendered with the same competent care.

Nancy's community of family and friends and all those who came within her sphere of influence, have lost the gift of a gentle and kind soul with her passing. She is survived by her husband Alex Trieger, two sons, Morgan (Joanne) Trieger and Tyson (Ruth) Trieger, and granddaughter Willa Trieger, of Reno, NV, her mother Norma Dockery of Santa Barbara, CA, her brother Michael (Carol) Dockery, of Grass Valley, CA, her two sisters, Patricia Dockery-Davis of Oceanside, CA and Peggy (Donald) Canley of Santa Barbara, CA, as well as her in-laws, nieces and nephews, cousins and many cherished friends.

Nancy’s family would like to thank the Physicians and Nurses at Cottage Hospital in Santa Barbara, for the tremendous care and treatment provided to Nancy over the last three years, and Visiting Nurse & Hospice Care whose compassion and care meant so much to the family. In lieu of flowers, please consider making a donation to Visiting Nurse and Hospice Care.

Is that the circulating logic

Some people here are full of

No prob w me on 4th of July

There's always some degree of