A Lompoc man has been arrested for sex crimes against minors and detectives are requesting the public’s assistance in locating additional survivors. On July 1, 2021, the Santa Barbara Sheriff’s Office received the initial report of sexual abuse by the suspect, 43-year-old Edward Norman Hill Lewis of Lompoc. This report began a months-long investigation that has resulted in the identification of several additional sexual assault survivors who have reported incidents occurring throughout Santa Barbara County and date back as far as the early 2000’s.

On Tuesday, October 19, 2021, Sheriff’s detectives arrested Lewis on a Ramey warrant for felony charges including forcible lewd act upon a child under 14 years, lewd act upon a child 14-15 years old, communicate with a minor to solicit a sexual act, possession of child pornography, and sexual battery. Lewis is being held at the Sheriff’s Main Jail with $200,000 bail.

This investigation remains ongoing, and detectives have interviewed numerous survivors, but there may be others who have not been contacted. Detectives are releasing Lewis’ booking photo and encouraging anyone with information about these allegations or information that may lead to the discovery of other victims to contact Detective Roy at (805) 681-4150. You can also contact the Santa Barbara County Sheriff’s anonymous tip line at (805) 681-4171 or visit our website.

The Sheriff’s Office would like to remind survivors that they can also find support services through our community partner, Standing Together to End Sexual Assault (STESA). Services offered by STESA include a confidential 24-Hour hotline, legal and medical advocacy and accompaniment, and counseling. You can reach a STESA advocate at any time by calling (805) 564-3696.

The Sheriff’s Office is aware that survivors of sexual assault and abuse are often reluctant to come forward for many different reasons. We have many resources available regardless of your decision to participate in a criminal investigation. Sheriff’s detectives coordinate closely with the Santa Barbara County District Attorney’s Office, Victim-Witness Program to ensure the needs of survivors are not overshadowed by the focus on the investigation and prosecution of the accused. Victim Advocates are available to ensure that survivors are kept informed and supported throughout the criminal justice process. Survivors have the option of contacting the Victim-Witness Assistance Program directly at 805-568-2400 or toll free at 855-840-3232. 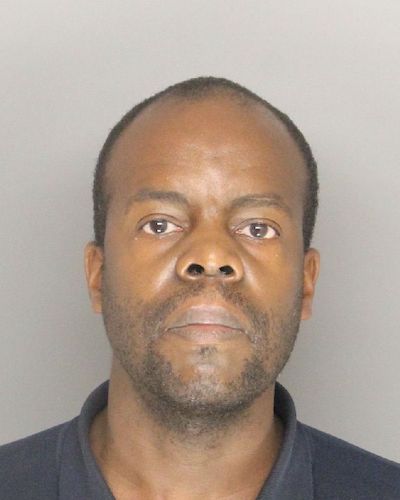 Looks like him (I matched a mark on his forehead and and a scar on (his) left eye brow...) His Facebook is loaded with pics of kids it appears he , he works/worked at Walmart https://www.facebook.com/edward.lewis.779

Bosco; I saw the same thing

I have been using

A vaccine mandate is far more

Pardon me for potentially

Agreed! Such a bunch of

I think that the Munger

A mind so open as to push

SAC in the Box: If it's not

Walk into a CVS or VONS. No