Locals Set Up Memorial for Conception Victims at Harbor

Local residents have set up makeshift memorials for the victims of the Conception boat fire at the Santa Barbara Harbor.

Candles, flowers, and heartfelt notes are placed along the fence near Sea Landing and the dolphin statue to honor the numerous lives lost on Monday.

It's currently unclear what caused the fire, but investigators believe the 34 passengers were asleep when the fire broke out.

There were 39 people on board, 5 were rescued, 25 bodies have been recovered and 9 are still missing.

Santa Barbara and Ventura locals join the diving community to mourn the loss.

A press conference is scheduled for 10:00 a.m. Tuesday to provide updates on the latest findings. 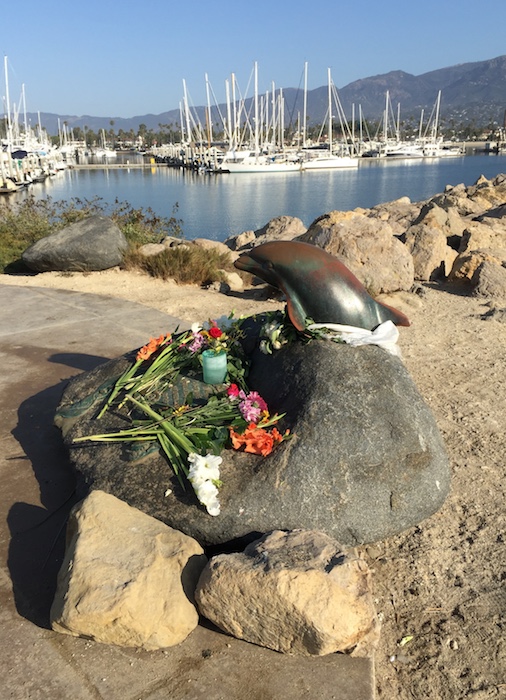 Good efforts by all. Thanks

I second your sentiments!

Let everything happen to you:

Wasn't she the one that was

I get pissed when people don

I've been saying that for a

Glad to hear. You were

This is fantastic (; thanks