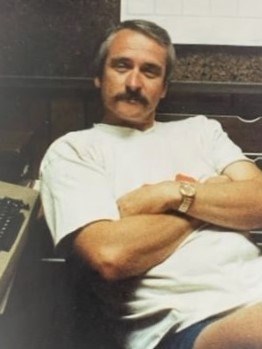 We are heartbroken to announce the death of our father, James C. Huseman, known to many as Jimmy, Jim, Huseman, or Husey. He passed away peacefully after 79 trips around the sun surrounded by, and phone connected, with those he loved most in the world. Jimmy retired from life April 14, 2022.

Jimmy was born in Santa Barbara, California on September 23, 1942, to his loving parents, Annie Irene Lewis Huseman and Louis Curtis Huseman. Jimmy was the youngest of three boys.

In school, Jimmy was a bright student as well as a class clown that kept his classmates and teachers in stitches. In addition, he was an outstanding athlete in both football and basketball. He continued his passion for basketball by playing in the Lompoc City League.

Jim was a graduate of Lompoc High, Cal Poly San Luis Obispo, and Cal Western School of Law. Jim used his degree in law as a District attorney in San Diego, California and to support his community of Lompoc, California.

Jimmy enjoyed bringing a smile, a laugh, and a good story to those around him. He enjoyed travel and soaked up the culture when he did. Jim was an avid reader, breakfast eater, and enjoyed his afternoon naps.

To honor Jimmy's retirement from life, please join us at the River Bottom, July 9th, 2022 12pm-3pm. Jim's family and friends would love to hear a special memory you shared with him. Dust off your Tommy Bahamas and colorful attire to celebrate his fun-loving, lively character. Let's raise a glass and toast Jimmy, Jim, Huseman, Husey, Dad, and Grandpa.