A house fire killed two people and injured one in Santa Maria on Sunday evening.

Santa Barbara County firefighters responded to the 3300 block of Driftwood Drive in the Tanglewood neighborhood near Orcutt at 10:20 p.m.

There was a total of 13 people living inside the home, ten of which were not home at the time of the fire.

Two adult females were pronounced dead at the scene and an adult male was transported to Marian Regional Medical Center for moderate burn injuries.

The Sheriff's Office Coroner’s Bureau released the name of the decedent as 66-year-old Maria Lopez and 56-year-old Alicia Lopez-Buenrostro, both from Santa Maria.

Two Sheriff's Deputies were also transported to the hospital to be treated with smoke inhalation.

This was considered a "heavy fire load" due to excessive contents within the home and Ii apparently took twenty minutes to knock down the flames, according to County Fire Public Information Officer Mike Eliason.

It's also reported that the home caught fire again around 7:00 a.m. Monday which prompted fire crews to return to the scene. 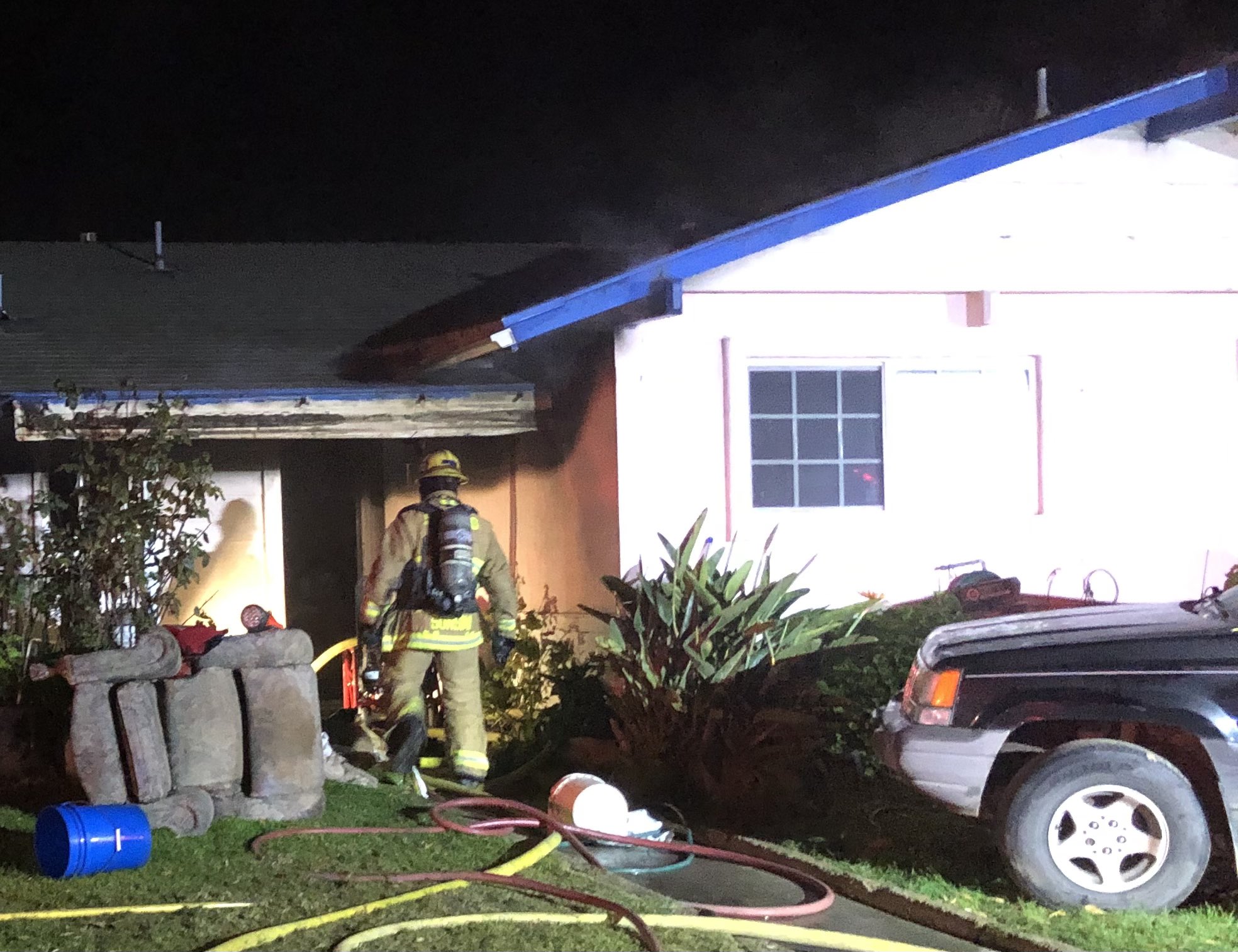 There is a fund-raiser:

"First of all THANK YOU !!!
These families are overwhelmed with the amount of donations they have received at the moment they are request to not get much more donations due to the limited amount of space they have so going forward they are accepting money donations to go towards funeral expenses even a share can go a long way help us spread the word and help this family lay their Two beloveds to rest."

Terrible thing. I always worried about such a possibility when we had a small neighboring house with 17 residents; crammed with possessions and furniture, rooms artificially subdivided, and mickey-mouse wiring everyplace. Thankfully disaster never struck. The question remains, should there be rules capping occupancy at some relatively safe level? Not an easy subject, nor would such be easy to enforce, but there is a lot of potential for this throughout the County, including Goleta and Santa Barbara in view of the housing shortage and high rents.

A horror. My condolences to their family and community.

Very sad and tragic. I pray they passed peacefully in their sleep.