It's Veterans Day so let's take a moment to honor our local veterans.

Today we spend time recognizing people who served in the United States Armed Forces. Traditionally this holiday also coincides with Armistice Day and Remembrance Day, which is celebrated in other countries that mark the anniversary of the end of World War I. Major hostilities of World War I were formally ended at the 11th hour of the 11th day of the 11th month of 1918, when the Armistice with Germany went into effect. Another reason why so many find significance in the time 11:11. The United States previously observed Armistice Day but it was renamed Veterans Day in 1954.

Here in Santa Barbara, we're honored to have the Pierre Claeyssens Veterans Foundation which is committed to honoring the men and women who have served in U.S. military efforts. They got a jump on celebrations by hosting the 21st Annual Military Ball on November 4. Over 650 local veterans and active duty service men and women, along with their friends, families, and supporters, gathered at the Fess Parker Resort. Medal of Honor Recipient, Colonel Jack Jacobs was the evening’s keynote speaker, and the Di Loreto family was presented with the Generations of Service Award. 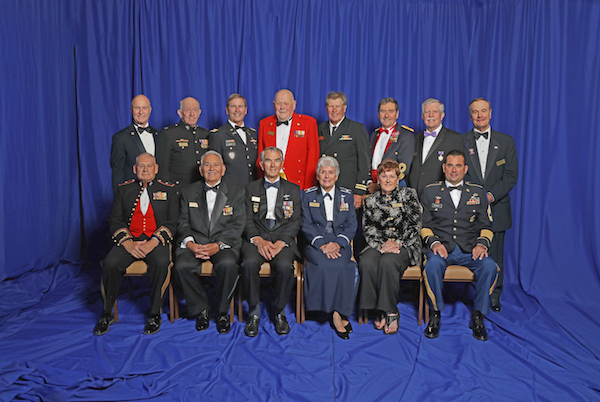 The Santa Barbara Veterans Day Parade is a star spangled salute to all veterans complete with WWII vehicles and re-enactors, heroes from all branches of the military, a Huey helicopter, and historic military aircraft flyovers! Come cheer on our heroes past and present as the parade makes its way down State Street to Cabrillo Blvd., finishing at the Carriage Museum for the Salute to Vets celebration.

Follow the parade down State Street to watch in awe as skydiving members of the Patriot Parachute Team perform in the sky above the waterfront, landing on Cabrillo Blvd. Join us at the Carriage Museum to kick off the 5th Annual Salute to Vets.

The Santa Barbara Veterans Foundation and Pierre Claeyssens Veterans Foundation present an afternoon with live music, food, military vehicles on display, and local beer and wine vendors.  Join the fun and help support local area vets and their families at the Carriage Museum, 129 Castillo St., Santa Barbara, CA 93101. Cost is a $5 donation at the door. Veterans and children under 12 get in free.

It would be nice if we still recognized Nov 11 as Armistice Day. The honoring of the end of violence and aggression in favor of peace is a valuable effort which we do not otherwise embrace.

And, yet again, you ignore

Ah, so the FUD isn’t what I

The FUDdy part is your usual

We’ll not know if the

You are so brave and

Focus on ridding the streets