Final Send Off for the Chase Palm Carousel

The City of Santa Barbara hosted a "Carnival at the Carousel" celebration on December 2 and 3 as a final goodbye to the colorful Chase Palm Park staple.

The 20-year-lease agreement between Santa Barbara and Historic Carousels, Inc. ended earlier this month before the carousel was removed and transported back to Hood River, Oregon where it will be displayed in a museum. The building that houses the carousel and the surrounding parklands are owned by the City of Santa Barbara and will remain.

Before it left the ocean-side park, children and families gave it a proper send off with free rides, face painting, and traditional carnival food.

The historic Allan Herschell Three-Abreast Carousel, built in 1916 and extensively restored in 1997, came to the Chase Palm Park Expansion in 1999. Prior to arriving in Santa Barbara, the carousel was housed in San Diego. 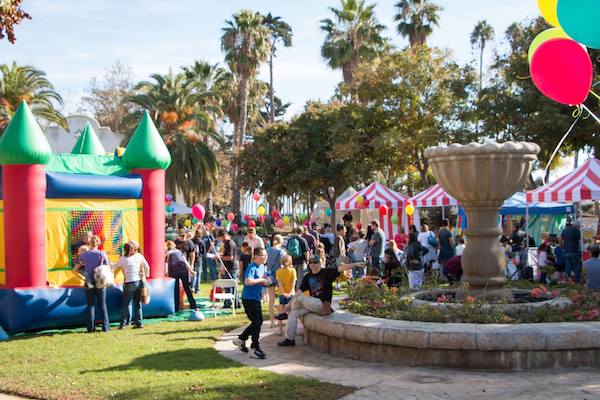 [Editor's Note: This article was scheduled to post on December 5, 2017, but was postponed to make room for Thomas Fire coverage]

But, the Porta Potty, will go

Why on earth would I whine

69 Penal code on a police

Have you ever noticed that

Late July will be some dark

We didn’t bother to call on