On 4/9/2020, at approximately 1758 hours, a fatal traffic collision occurred on State Route 154, east of San Marcos Road, involving a 2005 Mazda 3 and 2015 Toyota 4-Runner. The collision occurred when the Mazda, which had been traveling eastbound on SR-154, crossed over into the westbound lane of traffic, directly into the path of travel of the Toyota. The vehicles collided within the westbound lane.

During the course of the investigation, officers determined Mr. Dul as impaired at the time of the collision. Mr. Dul was placed under arrest for 23153(f)VC - Felony - DUI Drugs - Causing Injury.

The collision is still under investigation. If anyone has any information regarding this collision, or the events leading up to it, please contact the CHP at 805-967-1234.

One of the four people who sustained injuries from this traffic collision passed away Thursday evening. The patient was transported to Santa Barbara Cottage Hospital where they succumbed to their serious injuries. Their identity has yet to be released.

The "t-bone style" collision involved a blue Mazda sedan and a Toyota 4Runner. The fatality was a passenger in the Mazda sedan.

California Highway Patrol confirms the driver of the Mazda was arrested for suspected driving under the influence (DUI). The driver has been identified as 22-year-old Goleta resident Brian Dul.

Any other information on this incident will be added as soon as it's available.

At 6:03 p.m., Santa Barbara County firefighters responded with two ground ambulances to the scene. They discovered a "T-Bone" style collision where the front of one vehicle collided with the midsection of another vehicle.

Neither of the vehicles crashed over the roadway, but one person required extensive extrication. Fire crews determined there were four injuries, one with critical injuries, one with moderate injuries, and two minor injuries. All patients were transported the Santa Barbara Cottage Hospital by ground ambulance for treatment.

California Highway Patrol is conducting traffic control in the area and will be leading the investigation into the cause of this collision. 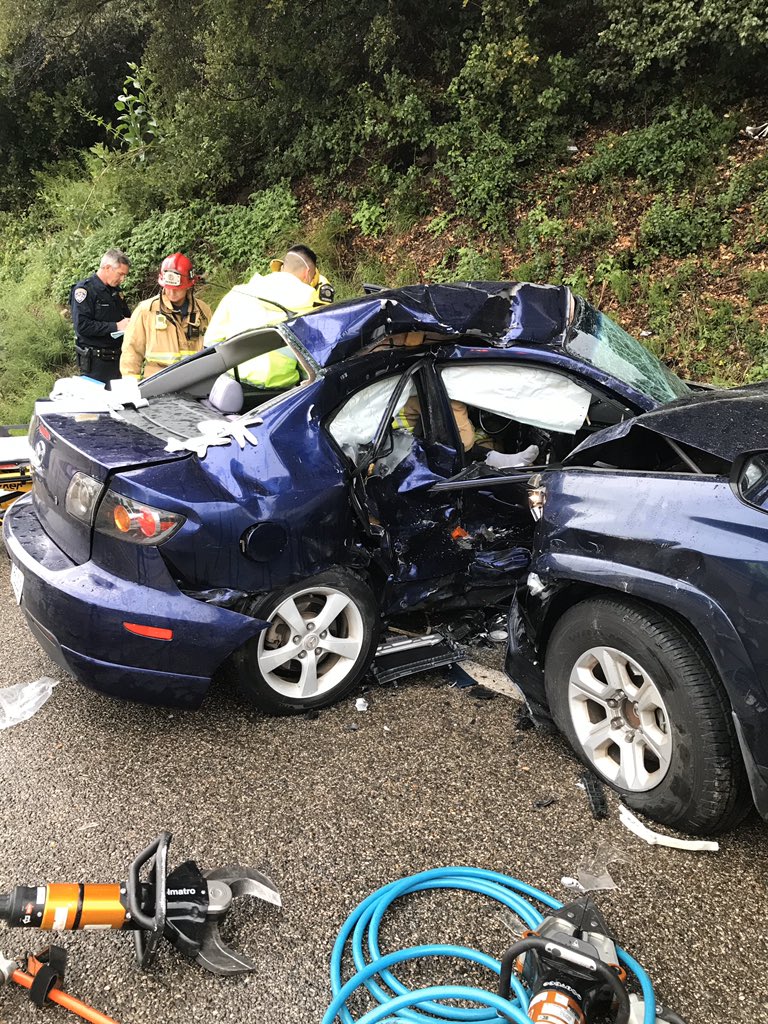 Your Google search on AMG