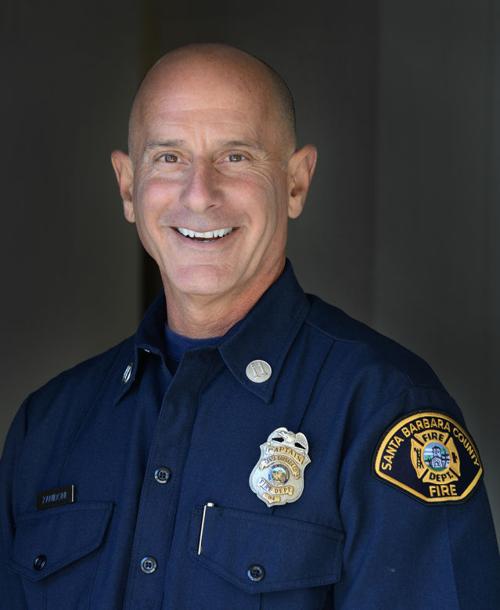 On March 21st, 2019, after 33 years of service, Santa Barbara County Fire Department Public Information Officer Captain Dave Zaniboni will be retiring. Captain Zaniboni served the county Fire Department in many capacities rising through the ranks from Firefighter Paramedic to Captain and finishing his career as the departments Public Information Officer.

Dave represented the department during several significant incidents including; Sherpa Fire, Whittier Fire, Thomas Fire and the Montecito debris flow. His knowledge, compassion and connection with the community helped us stay informed and engaged. Captain Zaniboni will be greatly missed by his co-workers and those he impacted throughout his career.

Captain Zaniboni’s replacement will be Captain Daniel Bertucelli who has worked for the Santa Barbara County Fire Department Since 2005. Daniel Started as a Firefighter Paramedic and worked his way through the ranks. Captain Bertucelli has been assigned throughout the county and has been an active member of the departments Water Rescue, USAR, Air Support, and HazMat teams. Daniel has been a resident of Santa Barbara since 1993. Daniel is excited about embarking on the new challenges the PIO position will offer.