Here's one I captured near La Cumbre Peak Wednesday night at 9:23 PM.

Here is another one that shows it is possible to photograph it in our SB neighborhoods. 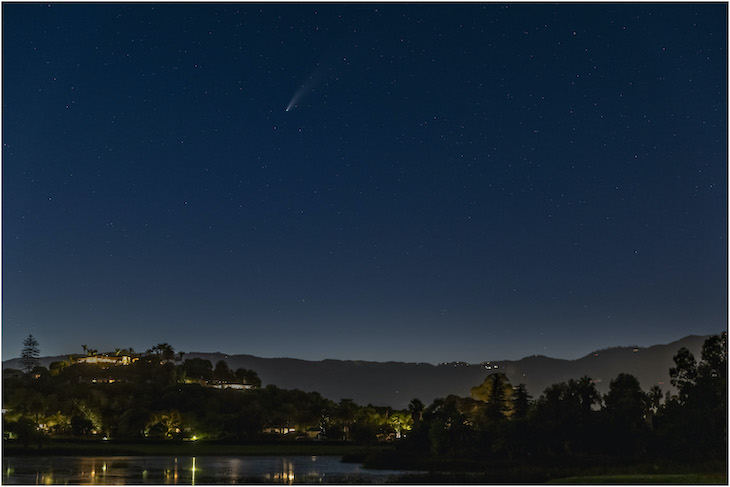 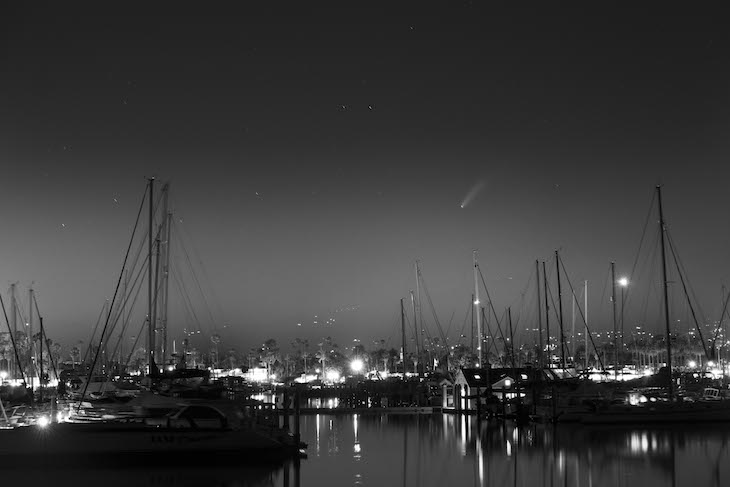 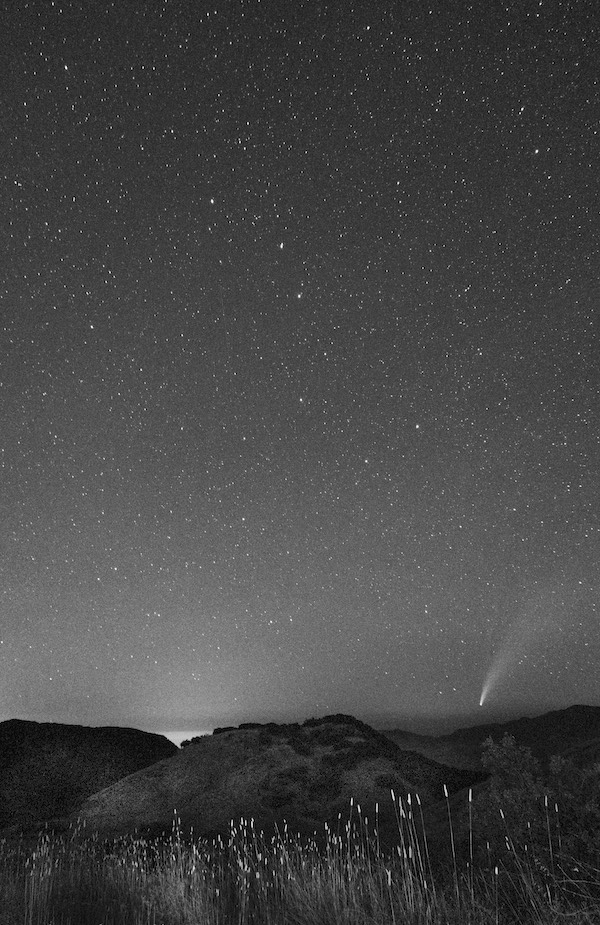 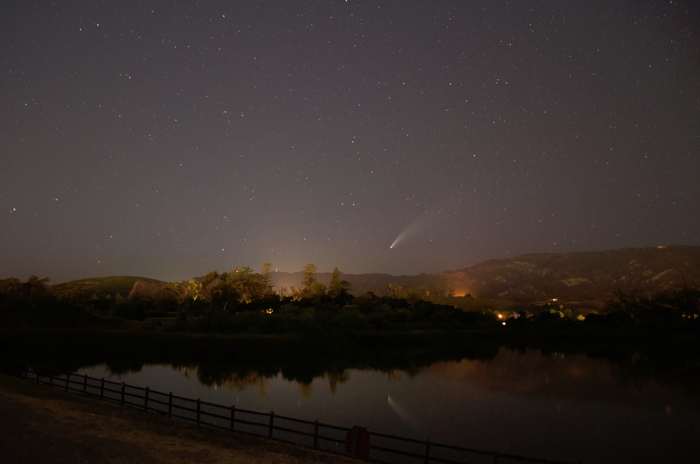 Comet NEOWISE has been a first class comet, the likes of which hasn't been seen since Hale-Bopp in 1997.  The only nit to pick for many is that it has not been as bright as Hale-Bopp nor as large in the sky, thus making it more difficult to easily see with the naked eye.

Never-the-less, photographs taken with shutter speeds of a few seconds or more have revealed its glory, including two superb tails - a bluish ion tail and the more traditional yellow-brown dust tail.  Both extend hundreds of thousands of miles into space.

The icy nucleus is approximately 3 miles in diameter and is surrounded by a beautiful aquamarine-colored coma.

My goal over several nights of photography (each session between 9:15 and 10:00 p.m.) was to look at the comet in three views - essentially from the macro to the micro.

So, I present all three here.

First, we have the macro view, where the comet is seen pretty much as viewed through human eyes, where its apparent size in the sky can be seen relative to the horizon trees and the Big Dipper. 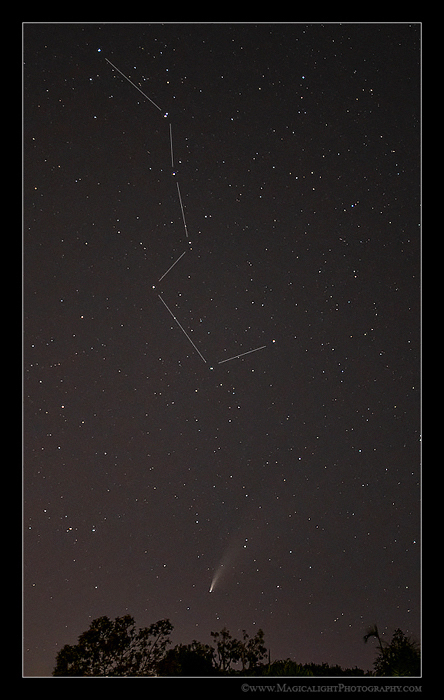 Next, we see a medium close-up, designed to give a good view of the twin tails. 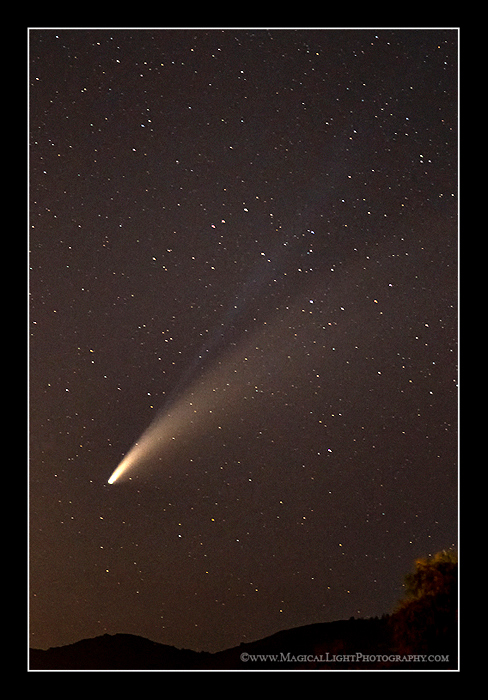 Finally, through a telephoto lens, we are able to have a fine view of the nucleus and are able to see the beautifully colored coma. 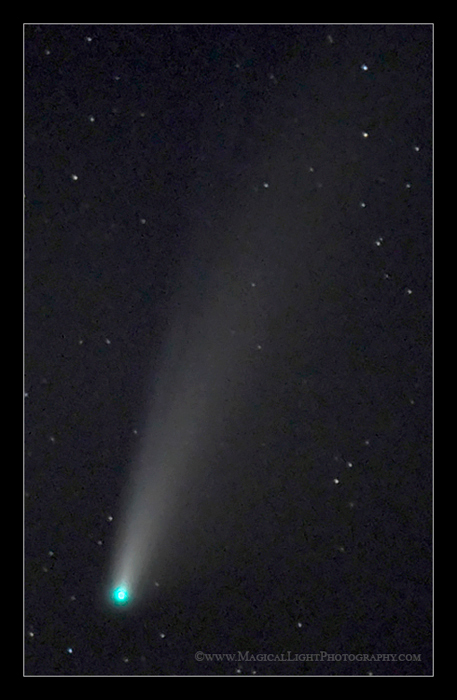 So, please enjoy my series "From the Macro to the Micro."

And, if cryogenics is perfected, we can take another look in about 6,800 years!

I shot this photo Friday night from Cielito area of the comet over Arlington and Cathedral Peaks, with La Cumbre Peak at the far right. 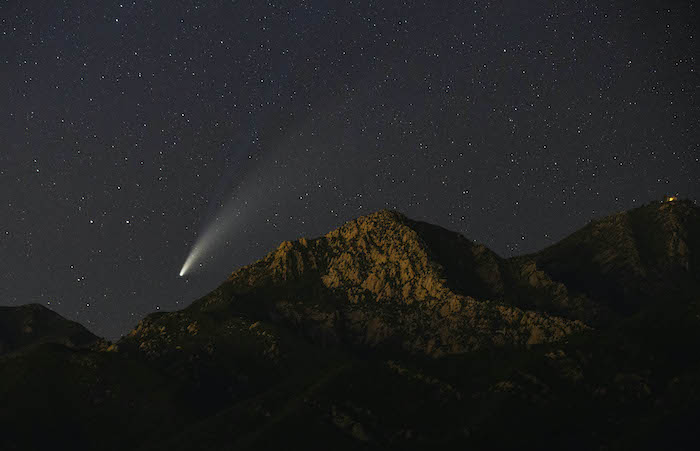 For the next week or so, the comet will be visible from 9:15 pm to 10:15 or a bit later as the week goes on.  The comet will be low on the northwest horizon, a little bit to the right of where the sun goes down, almost straight under the "bucket" of the Big Dipper. 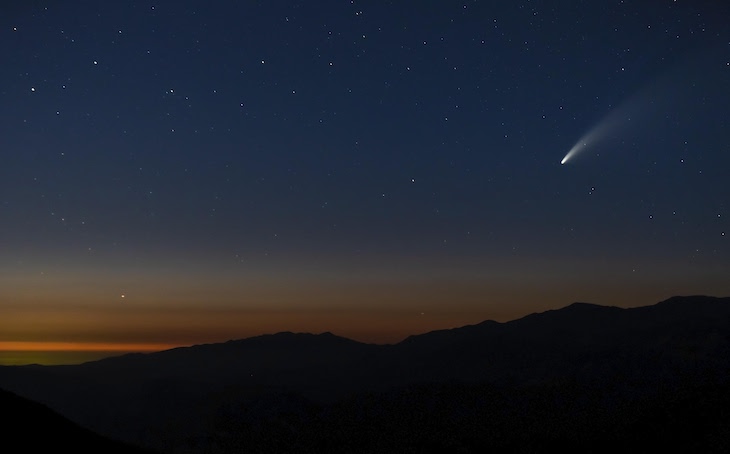 These images were taken on Saturday night from Farren road.  It is a good spot because the city lights are on the other side.  As it was getting dark my son spotted the comet first.  We then got a magnificent and bright view through our 20x80 binoculars.  The pictures are 20 second exposures by a Fuji X-a1 (IR-modified) with a Canon nifty fifty lens at 6400 ISO.  The tree was light painted for 3 seconds with a cell phone.  The Milky Way was surprisingly clear on the other side so we added one. 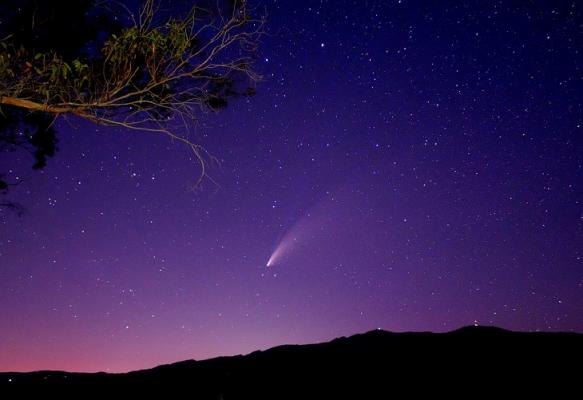 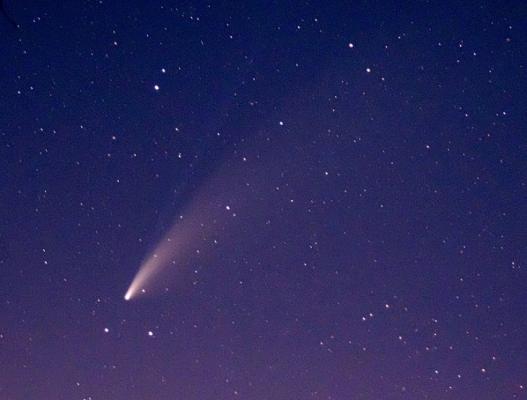 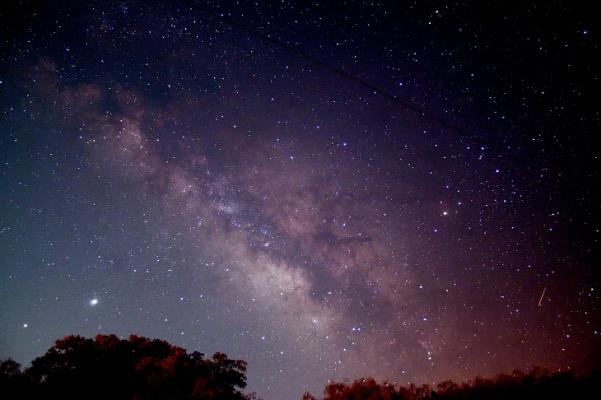 Very nice photos! It will be gradually getting higher, but also gradually dimming, over the next week. Then the Moon begins to brighten up and interfere.

Wonderful, wondrous photos. Marvelous things are always happening in the world around us, if we take the time, effort, telescopes, binoculars, microscopes + jewelers' lens to witness the intricacy + beauty of the world around us.

Thanks Andy, for the kind remarks!
Ron

Thanks! Such a treat, especially for city of Santa Barbara dwellers who see few stars -- I love looking at Jupiter and Saturn every night as I walk my dog and will imagine the comet!

broom star - time to sweep away the ruling party

It can be seen tonight if you look northwest, find the Big Dipper and drop down from there. Visibility should be good.

Theres an excellent place in Hope Ranch to see it... Park at the corner of Monte and Lago Drive and walk out to the lake. Spectacular for photos!

Great photos, Thanks for sharing!

So beautiful. This is something I love edhat for. Thank you all for the photos.

Mr Adams, Your picture is incredible. Thank you for sharing it.

Mr./Ms. Adams, Your photo is so beautiful. Is the image available to purchase?

I can send you a digital file for free, provided you are going to use it personally (ie, not re-sell it)

These pictures are all amazing!!

Thank you, photographers, for sharing these beautiful photos!

Festive Fido: I love this

FITZ - If you're intimidated

This is a time to celebrate

Not the developed world.

Thanks to all Search & Rescue

This country is divided by