Based on additional leads developed in the case, Homicide detectives returned to the Lake Cachuma area in Santa Barbara County on Friday, June 30, 2017 in an effort to locate additional evidence.

There is no additional information at this time.

The father of the missing 5-year-old Pasadena boy who is believed to have visited Lake Cachuma has been arrested for his son's murder.

According to the Sheriff's Department, Homicide investigators reviewed all the evidence of the case and presented the facts to the Los Angeles County District Attorney’s Office and obtained a murder filling against Andressian.

An extradition hearing was held in Las Vegas on Tuesday morning where Andressian Sr. was reportedly laughing, smiling, and trying to joke with the judge, reports KTLA.

He waived his right to fight extradition back to California at the hearing after Los Angeles County officials announced a "no-body murder charge" had been filed.

Andressian Sr was in custody of his 5-year-old son who was last seen in the early morning hours of Friday, April 21, 2017, leaving Disneyland around 1:00 a.m. Investigators believed Andressian Jr was killed during a 6.5 hour period between Anaheim and Lake Cachuma in Santa Barbara County. Witnesses state he was seen alone later that morning at the lake.

Authorities performed a detailed search of  Lake Cachuma and surrounding areas between June 10-11. The boy's body has not yet been found.

According to KTLA, investigators believe the killing "was a pre-planned event," and the motive was "tumultuous divorce" proceedings with the boy's mother said L.A. County Sheriff's Lt. Joe Mendoza. While searches were underway with the boy's mother posting fliers, Andressian Sr was "socializing in Vegas," said Mendoza.

He also attempted to change his appearance by shaving his beard and coloring his hair.

Authorities were concerned he may have been planning to flee the country to a place he couldn't be extradited. Andressian Sr was then taken into custody in Las Vegas after being deemed a flight risk.

He's still being held on a $10 million bail while awaiting extradition back to Los Angeles. 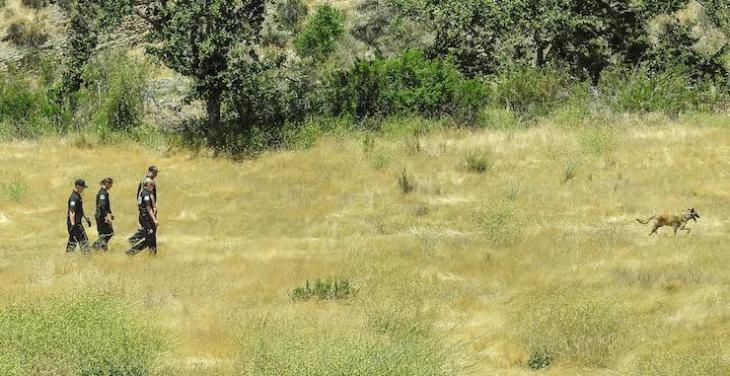 What a piece of human garbage.

I don't think he killed him but I think he is hiding him somewhere. If he did kill him he is one of the most callous murders I've ever seen. In the pictures of him and his son it's looks as though he truly loves that boy and would never hurt him. Idk we will have to watch the story unravel!

@722, sure, he's hiding him in an abandoned shack at Lake Cachuma. Don't be naive. An innocent father searching for his son would not go to Vegas and change his appearance - he would be home, cooperating with authorities and aiding in the search. Wake up. A warrant for an arrest for homicide would not have been issued without sufficient evidence that he killed his son. I drove by the sheriffs searching at Cachuma and it made me feel sick and so sorry. My heart goes out to the boy's mother.

I think water boarding him would be appropriate at this time. More humane than what he did to that child and his mother.

Lake Cachuma is a treasure. So many happy people having fun. What a shock that the little boy was found there. I would say this darling child's name, and honor him in that way, but he's a junior, and it was his father's name. That father.

The word "father" does not apply to this man. The word "monster" does. RIP, sweet boy.

Rest in Peace, Little One. May your next trip around the fountain be filled with joy, light and laughter. Heart felt prayers for your mother.

429722, A picture doesn't tell a whole story. Anyone can smile for the camera. This guy definitely didn't "truly love" the boy. That was obvious even before the body was found. Child disappeared and the man didn't care enough to give evidence or go looking. Just revenge on the wife divorcing him.

I'm sorry Flicka, my mom taught me to always think positive and have hope no matter what. That's exactly what I did, just like his poor mother in the sense that until the moment they found his body she believed her boy was coming home.

I had hoped the little boy was alive somewhere too like maybe he dumped him somewhere but the more LA County Homicide came up here the more I lost hope they knew what the rest of us didn't.

A friend of mine told me about the finding of this murdered child. Then the friend said, "Now people will be afraid to go to the lake." I replied, "Why? It's not like there was a child predator involved who wasn't caught." My heart goes out to the Mother of this boy. Her pain now . . . how does one recover from such a loss?

@MINIBEAST I am sad to say a Mother never recovers just have to go on because they are a Mom and Strong!