The actors won the Outstanding Performers of the Year Award which recognizes actors who have distinguished themselves with exceptional performances in film this past year.

King Richard, directed by Reinaldo Marcus Green, follows the life of Richard Williams, the father and coach of decorated tennis players Venus and Serena Williams. Smith has earned an Academy Award nomination for the film's title role and Ellis has also earned a Best Supporting Actress nomination for Oracene Price, the Williams' mother and coach. 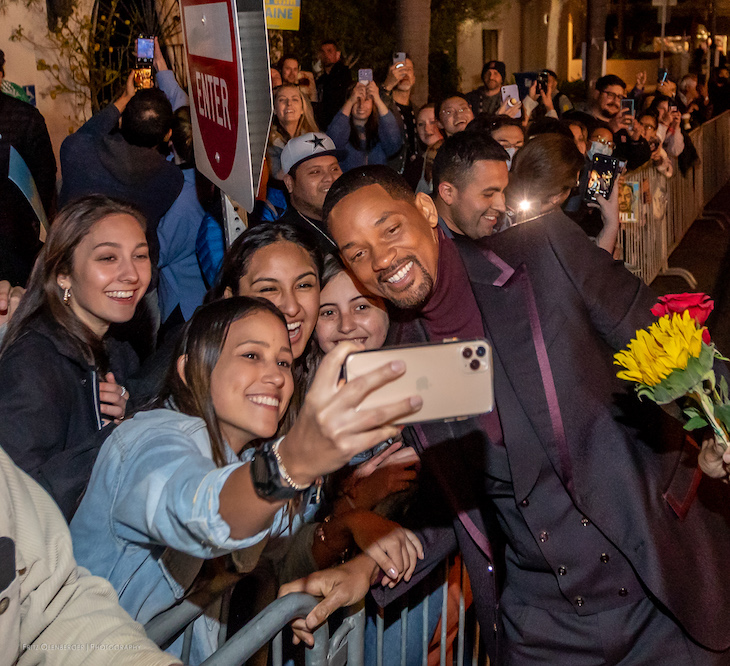 Smith was as gregarious and charming as one would expect. He played up to the crowd, teased The Hollywood Reporter moderator Scott Feinberg, and doted on co-star Ellis. Clips of Smith's films ranged from blockbusters such as Independence Day and Men in Black to dramatic portrayals of real-life people such as legendary boxer and activist Muhammad Ali in Ali and homeless single father Chris Gardner in The Pursuit of Happyness.

Smith described how he enjoys playing real people because there's a living template of how he needs to walk, talk, and act. If he didn't have that he'd naturally drift to a more comedic perspective.

While Smith is a household name and has been in the limelight for decades, Ellis' acting reel proves she's just as worthy of the accolades, if not more. Her quiet assuredness was the perfect yin to Smith's enthusiastic yang.

Scenes of Eliis' noteworthy performances in Ray, The Help, and The Clark Sisters: First Ladies of Gospel showcased her range and power on screen. A pivotal scene with Ellis and Smith in King Richard was shown to the crowd and Ellis' presence moved Smith to tears. She admitted that was the first time she'd seen it and Smith laughed while suggesting she should watch her own stuff because it's very good. 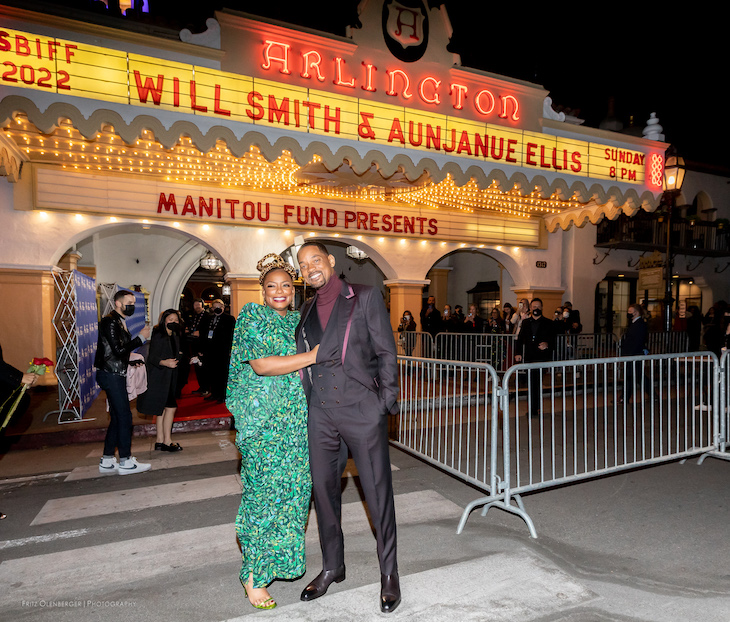 While the actors had much of the audience's attention, a dramatic scene of its own played off stage prompting Smith to stop the interview to ask what happened. Someone in the audience shouted back that a drink was thrown at them for talking.

A boots-on-the-ground edhat reader was in the same row where this kerfuffle took place and reported that a young woman was repeatedly talking throughout the entire interview. A man sitting in front of her had asked several times for her to be quiet and when she didn't acquiesce, a cup of water was thrown on her. Security was in the process of kicking them both out when Smith stopped to ask what happened.

He then joked to Ellis, "That's why it's really important to have white audiences, 'cause that would have gone very differently at either place where we grew up. So I wanna commend the white people for how y'all handled that. You wanna act out the scene, how it would've been if someone poured a drink on you?"

Without missing a beat Ellis pretended to take off her earrings and heels as if she were getting ready for a fight. The audience laughed and Smith joked with Feinberg who tried to resume, "You're not gonna make it back from that, Scott! You can try." This part of the interview can be seen here.

Presented by Manitou Fund, this tribute was created to honor the actor whose role in a film has exceeded greatness. Past recipients include Margot Robbie and Allison Janney, Ryan Gosling and Emma Stone, Viola Davis, Cate Blanchett, Jennifer Lawrence, Angelina Jolie, Heath Ledger, and Kate Winslet.