More than 80 oiled frogs have been recovered from the Toro Canyon Creek oil incident and are now being cared for by Santa Barbara Wildlife Care Network (SBWCN). SBWCN is working under direction of, and as a member organization of California Department of Fish and Wildlife’s Oiled Wildlife Care Network (OWCN), whose team recovered the oiled frogs from the site. The frogs were then transported to Santa Barbara for the SBWCN team to both wash and provide supportive care.

These frogs have been arriving in stages since Thursday, August 12. Some of SBWCN’s animal care staff, including veterinarian Dr. Avery Berkowitz, have shifted gears to dedicate a majority of their time to focus on these frogs. This care includes washing the frogs, providing regular exams, distributing meals of tiny crickets, fruit flies, and fly larvae, and ensuring they have a safe, clean, and quiet space to recover. These frogs will remain in care until they are able to be released safely back into their natural habitat.

“As a partner of Oiled Wildlife Care Network, we are always on standby to step in whenever help is needed,” said Dr. Avery Berkowitz, SBWCN’s Director of Animal Care and full-time veterinarian. “80 additional patients is a big influx for our team, but we’re rallying together to make sure these frogs receive the care they need.” 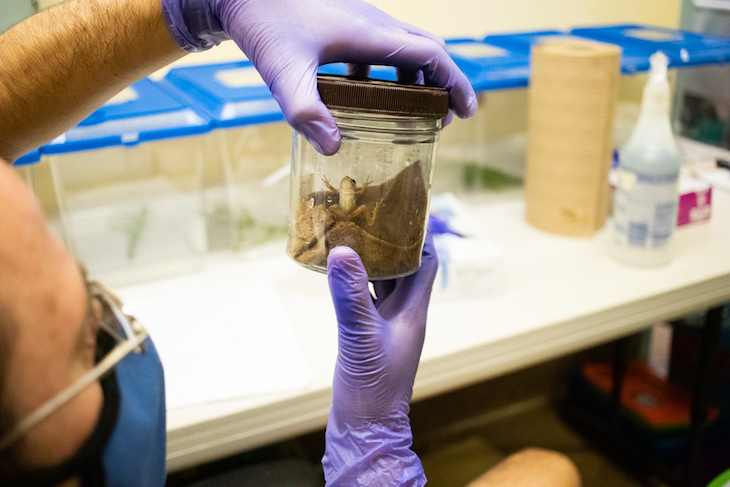 This incident comes just a few months before the completion of SBWCN’s new Wildlife Hospital. This 5,400-square-foot facility will be the first of its kind in the Santa Barbara and Ventura areas and will provide critical upgrades to SBWCN’s current facilities. This new building will feature enhanced oil response capabilities, including newer and larger washing stations to care for oiled animals.

“Currently, most oiled animals we receive need to be transferred to a partner organization over two hours away,” said Ariana Katovich, Executive Director of SBWCN. “After the new Wildlife Hospital is completed, we’ll be able to wash and rehabilitate hundreds of more oiled animals on site. These upgrades will be critical to providing support for oil incidents like this one.”

Construction of the Wildlife Hospital began in January of 2021 and is expected to be completed this fall. Donations in support of this project can be made online at https://www.sbwcn.org/wildlifehospital. 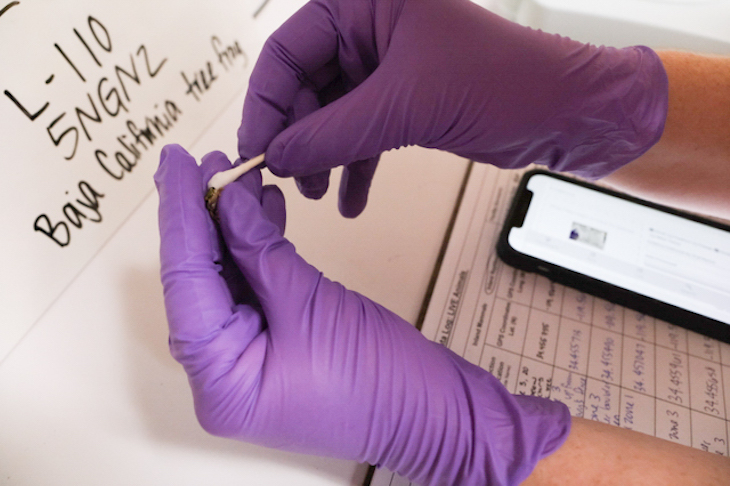 Santa Barbara Wildlife Care Network (SBWCN) is a nonprofit organization that was founded in 1988. For over 30 years, SBWCN has served to rescue, rehabilitate, and return to the wild sick, injured, orphaned, and oil-impaired wildlife in Santa Barbara and Ventura Counties and to educate the public about living in harmony with wildlife. SBWCN takes care of over 4,000 patients per year, including small mammals, shorebirds, songbirds, raptors, and herptiles. The SBWCN Helpline is available everyday from 9 AM–5 PM for animal emergencies and wildlife advice: (805) 681-1080.

Thank you to the Santa Barbara Wildlife Network for taking such wonderful care of these sweet frogs!!

Just another example of how dangerous wind and solar are to our ecosystem..... oh wait.

Thanks for keeping them from croaking!

Great work SBWN - much appreciated. Thank goodness these were not migrating flying frogs, otherwise they would have been chopped up by wind turbines just like what happens to countless millions of birds....but that's another discussion I suppose.

More would have been killed by the oil first.

Another fine example of the timely response to a spill under the county's care. Started in 2018 during the Thomas Fire and only now are they starting to address the spill. Do you think they would let a private company get away with this?

That's why this is a great country. People spend their time cleaning frogs with Q-tips.

Felt nothing in Goleta. But

Where to Donate Home Items

I gave up on ReStore when

Felt zip in El Encanto, but

Yep, that's what the original

KCAL talking about it, lots

Felt nothing. No quakes shown