At approximately 11:24 a.m. this morning, a Sheriff’s Deputy attempted to stop a tan colored Toyota Camry for speeding in the area of the roundabout at Highway 246 and Purisima Road. The driver failed to yield and accelerated to speeds near 100 mph. The vehicle headed towards Buellton, passing vehicles on the wrong side of the roadway. At the intersection of Highway 246 and Avenue of the Flags, the vehicle turned northbound and was involved in a minor traffic collision. The driver made a U-turn a short way down Avenue of the Flags and turned back onto Highway 246 where they were involved in another minor traffic collision. In that same moment, Sheriff’s Deputies terminated the pursuit in observation of public safety concerns.

The suspect vehicle continued through Buellton after the pursuit terminated. About 30 minutes later, deputies were alerted that several people in the area of Skytt Mesa had called 911 to report suspects running from a tan Camry. Deputies responded to the area as the suspects scattered in different directions. Within a few minutes, one suspect was arrested and deputies requested a shelter in place be sent to the area of Skytt Mesa and Hans Christian Andersen Park while they continued their search. Two additional suspects were arrested within 10 minutes. Deputies along with a Sheriff’s K9 and County Air Support combed the area for the outstanding suspect. At approximately 12:50 p.m., the shelter in place was lifted as it was believed that the outstanding suspect was out of the immediate area. 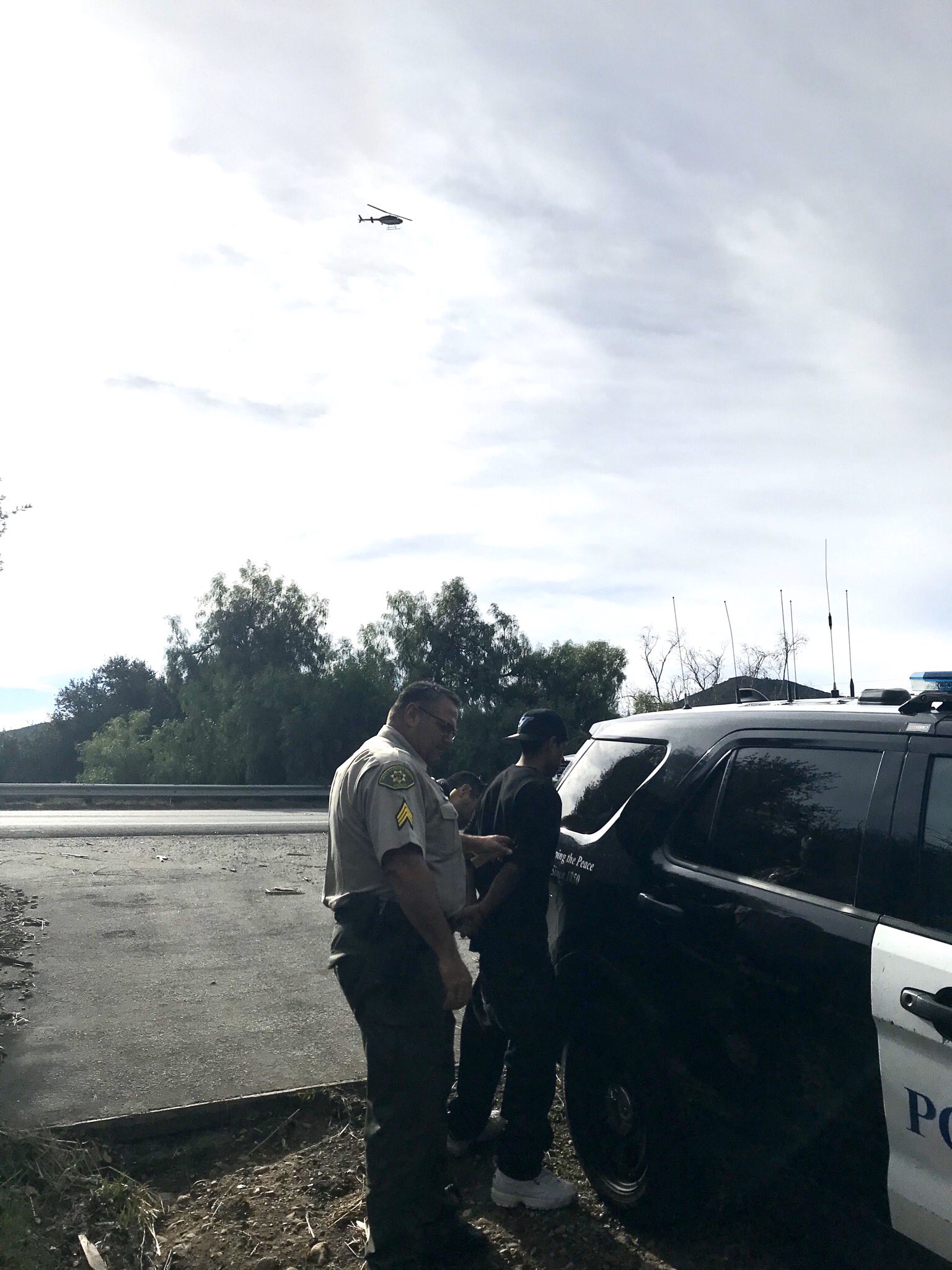 According to scanner traffic, the suspects were apprehended by authorities.

The Santa Barbara County Sheriff's Office officially lifted the shelter in place around 1:00 p.m. but has not released any further information yet.

This is a developing story, check back for updates.

Sheriff Orders Lockdown in Solvang During Search for Suspects

Santa Barbara County Sheriff's Office has locked down a Solvang neighborhood while they search for three suspects.

As of noon on Wednesday, residents in the Skytt Mesa neighborhood and in the area of Hans Christian Andersen Park are being asked to shelter in place while Sheriff's Deputies search for three suspect that fled on foot following a vehicle pursuit.

This is a developing story, check back for updates.