Three children, including one infant, were among those injured in a vehicle collision on Highway 1 near Lompoc Friday morning.

Upon arrival crews discovered it was a two vehicle collision including a minivan and a sedan. There were a total of eight patients from the minivan, one with a minor, four with moderate injuries, and three juveniles with serious injuries. Of the juveniles, two are infants with one transported to Santa Barbara Cottage Hospital by helicopter and the other transported by ground ambulance to Lompoc Medical Center. The third juvenile was transported to Marian Regional Medical Center by ground amublance.

California Highway Patrol shut down the roadway for a period of time, but all roadways are currently open.

The Santa Barbara County Fire Department reminds all parents and caregivers to make sure carseats are properly installed in vehicles. 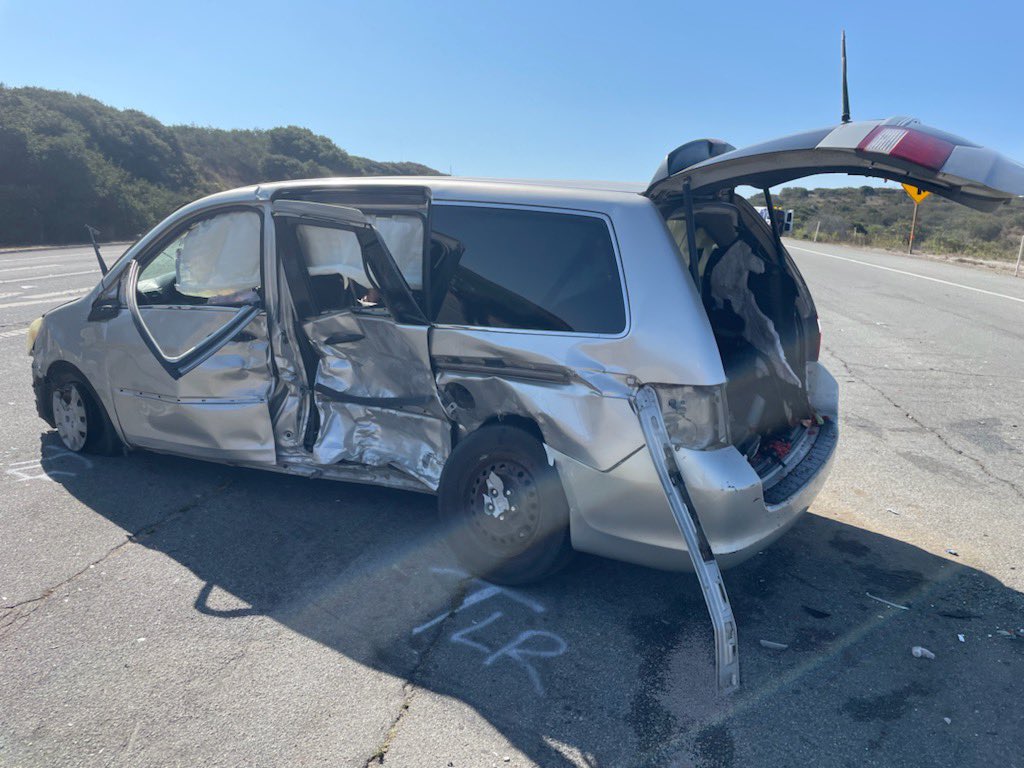 Those vans are 7 passenger vehicles. 8 in there that includes 2 infants is an overfilled vehicle. Were babies on laps???? I hope that they are ok!

That coupled with the reminder to properly use carseats makes me think no :( those poor babies.

Some vans are actually 8 passenger vans. My SIL has one. 2-3-3. I've sat in the 2nd row middle seat. Not terribly comfortable with 3 adults in a row, but seatbelts for all.

According to Noozhawk, "Three of the children were critically injured, and one of the infants was reportedly ejected from the vehicle, Safechuck said." Ugh - EJECTED!

"County Fire personnel on the scene said one car seat “wasn’t mounted to the seat when they found it,” indicating it was not installed properly, Safechuck said."

Omg. That is terrible. The parents should be charged.

Charged, seriously? Studies show about 50% of carseats are installed improperly. So should we lock up all those parents? Have you tried to install one? It's a mind-F***.

The police department offers free safety checks on car seats. They make you do so much stuff at the hospital when you leave with your baby this should be a requirement.