Sigma Pi Fraternity in Isla Vista is accused of its third sexual assault allegation in one month.

UC Santa Barbara Police sent out a "timely warning and emergency notification" on Monday, October 28 reporting a rape inside a bedroom at Sigma Pi, 760 Embarcadero Del Mar Goleta, on the evening of October 26.

The suspect is described as a white male adult, 22 years old, 5’10”, unknown weight, with medium-length brown hair and brown eyes, wearing a white shirt and blue shorts. The suspect is not known to the complainant, who filed the report anonymously.

Earlier this month, two separate incidents of sexual assault were reported at a fraternity event involving date rape drugs. UC Police did not name the fraternity involved, but the Daily Nexus is reporting Sigma Pi removed one of its fraternity members following the sexual assault allegations involving two different women.

UCSB students and Isla Vista residents are demanding action from the University and the fraternity. School organizations "Take Back the Night," "Intersectional Feminists," and "M.U.J.E.R" are hosting a Demonstration Against Sexual Assault on Thursday from 10:00 a.m. to 3:00 p.m. at The Arbor.

"In light of recent events on campus, we are demonstrating to implement a list of demands and make UCSB a safer place for all!" the flyer reads.

UCPD is investigating this crime. If you have information that might assist in the investigation, please contact the UCSB Police Department at (805) 893-3446, or report crime information anonymously at www.police.ucsb.edu/contact-us/report-crime. 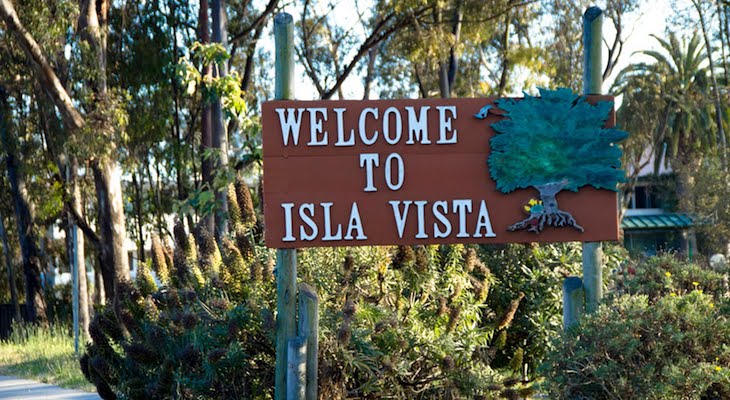 Is the property owner liable or at risk of civil suit?

Maybe I should put on a wig, some make up, buy acouple 18 packs and go hunting.

Give them a break: Perhaps they are grooming Supreme Court judges for the future.

LOL, I was thinking the same thing.

Thank you Edhat for including the location where the 3 assaults occurred.

And Betsy Devos would like to silence the victim.

I lived across the street from Sigma Pi for a year in college. They definitely had a Lord of the Flies vibe.

I see the angry haters are in full force today.

722, how do you deal with the fact that millions of Librals live rent free in your head. Must be so crowded in there.

Did you read the other comments or are you just that blind John?

I missed the reference to Trump. I thought this was about frat houses?

LCP112233 right? I can’t imagine what it would be like to wake up each day and blame Trump for any and everything. It must be very mentally draining to say the least.

WTF aren't people demonstrating in front of this place and locking the doors on it?

Shut it down, revoke their charter, take the building, give it to sexual abuse survivors.

Ya think there might be a problem with the fraternities at UCSB? Duh

Really? For real, CoastW? Did you note that the allegations are against a FRATERNITY?

The whole frat system is stuffed with knucklehead conservatives.

Hey, at least they are flying the flag (and presumably making America great again), and following in the commander in chief's footsteps.

Commander in Chiefs footsteps...are we talking about Bill Clinton again?

The frat's motto: "In The Don we Trust."

I think that large tent structure is in the setback. Is that legal or a clear zoning violation?

I guess this assumes Earl

How much in US grant $$ has

There's no way you should

As we've explained before,