In recognition of the growing interest in sustainable seafood, cooking shows, and competitions, as well as the emphasis on skills-based programs for teens, Santa Barbara Maritime Museum (SBMM) invited two top teen chefs to compete in a locally sourced seafood cookoff which was performed in front of a live audience. Cookoff teen chefs were Carson Peterson of Ventura and Rogers Mathews, Jr. of Corona, both 14 years old who have competed on Top Chef Junior.  The event was held on Sunday, Sept. 8, at SBMM, 113 Harbor Way at the Santa Barbara Harbor and was sold out immediately. Over 110 guests, including the families of the competing chefs, enjoyed beautifully presented appetizers from C'est Cheese with beverages prior to the start of the Chef Cookoff. 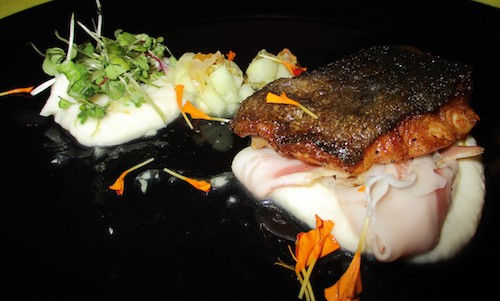 Competitor Carson Peterson, a 14-year-old freshman at Ventura High School, started cooking with Nonna, his Italian grandmother when he was about 5 years old. “I remember making pasta dough with her and making our family’s pasta sauce that takes all day,” he recalled this inspired his love for cooking, which got more serious when he was 11. “I started spending most of my free time in the kitchen, and I’ve just been getting better and more knowledgeable every day.”

Upon studying the careers of chefs such as Curtis Stone, Julia Child, Alton Brown, and Thomas Keller, Peterson gravitated toward French cuisine. “French techniques and flavors can be found all over Europe and northern Africa,” explained Peterson, who enjoys making poisson en papillote, coq au vin, and croque madame. “French food has implemented itself into many cuisines, and I really find that interesting.” 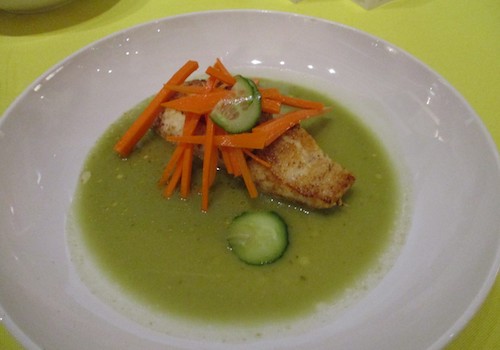 Peterson, who hopes to attend Stanford for college says “there is always an unknown, whether it's an unfamiliar pantry, an unfamiliar kitchen appliance, or a wacky challenge, Top Chef Junior was definitely no walk in the park. While being hard, it brought out the best in me as a chef and as a person. Not only was I able to improve my culinary skills, but I was also able to create relationships I will keep forever.” Carson Peterson is a professional chef known for his take on classic French cuisine. He appeared on Top Chef Junior Season 2, was featured on the Today Show, competed in the 2019 Strawberry SmackDown and judged the Casa Pacifica Angels Wine, Food and Brew Festival. His signature dishes include Poisson en Papillote, Coq Au Vin and Croquembouche.

Rogers Mathews, Jr. is a very charming little guy known for making it all the way to the semi-finals and taking third place in this season’s Top Chef Junior competition. In his freshman year at Santiago High in Corona, Mathews was introduced to cooking when his family decided to make homemade pizza and let him pick the toppings. “After that I was hooked,” he explained. “Cooking was so much fun!” By age 10, he was learning techniques and flavor profiles and looking up to chefs like Thomas Keller, Daniel Boulud, and Curtis Stone.

Though challenging, his experience on Top Chef Junior taught valuable lessons. “In the beginning, it was very stressful to have to cook with a time constraint,” said Mathews. “As a result, I learned to be very efficient in managing my time in the kitchen.” He dreams of writing his own cookbook one day and opening a small restaurant. “My restaurant would focus on the artistic side of cooking and showcase food seasonality,” said Mathews, “or maybe utilizing forgotten parts of vegetables like stems and leaves in a creative way.” 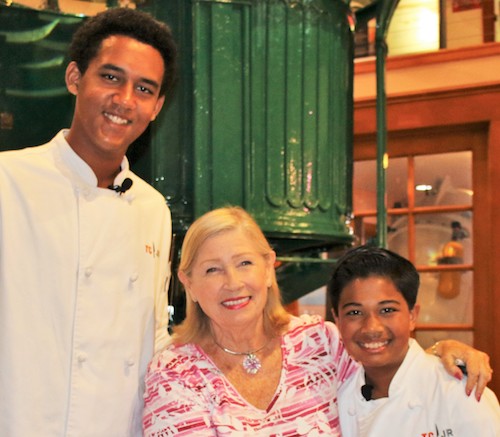 Sustainable seafood is seafood that is either caught or farmed in ways that consider the long-term vitality of harvested species and the well-being of the oceans, as well as the livelihoods of fisheries-dependent communities. It was first promoted through the sustainable seafood movement which began in the 1990s. This operation highlights overfishing and environmentally destructive fishing methods. Through a number of initiatives, the movement has increased awareness and raised concerns over the way our seafood is obtained.

Do they still do gill netting in the channel ?

This is the kind of article that makes reading the news worthwhile. It made me smile. Encouraging young chefs is a fantastic idea. I hope it happens again.

Good idea, thanks to all who contributed to this edutaining event.

As a Tesla owner I am very

I understand your argument.

My sister is almost legally

Unfamiliar with the specifics

And greatly decreases the

You seem unaware that high

I understand Fond. But how