Just before 4:00 a.m. this morning, deputies responded to the 400-block of Arroyo Road to assist the Santa Barbara Police Department (SBPD) with a stolen vehicle recovery. The vehicle, a black 2015 GMC truck,  had been taken from the 100-block of Bath Street earlier in the evening and was tracked to the Arroyo Road address with the use of OnStar. Deputies had responded to the same address on Arroyo Road earlier in the evening when they investigated a burglary where items were taken from the vacant home including a garage door remote.

Deputies, SBPD and the California Highway Patrol set up a perimeter around the house and called for the suspect to surrender using the PA system. After several attempts to call the suspect out of the house, deputies entered along with a K9 unit and searched for the suspect. K9 Odin was deployed to search the upstairs area of the house, located the suspect and apprehended him. The suspect, 41-year-old Benny Velasquez of Santa Barbara, sustained minor injuries from the K9 apprehension and received medical attention on scene and at the hospital prior to being booked at the Main Jail.

Velasquez is being booked for burglary by the Sheriff’s Office, vehicle theft by SBPD, and for two outstanding warrants: one for vehicle theft, and a no bail warrant for a violation of probation. 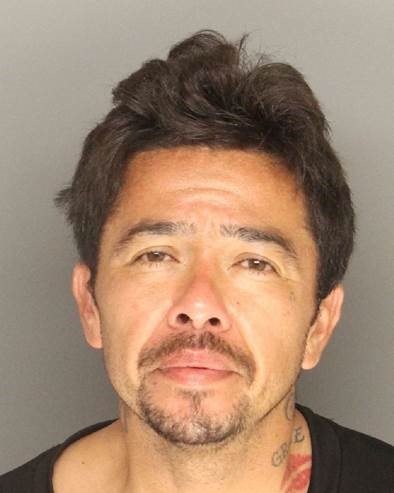 No bail- The gift that keeps on giving

How long before he is

do you trust your computer to

not surprising, people are

one, we need to take care of

So tell me, what was

Nostra, I was speaking of

Depending on the study, 60%

Will this affect the numbers