Suspect Arrested After Kidnapping and Pursuit

On November 4, 2017 at about 1728 Hrs. SMPD responded to the report of an injury traffic collision in the 800 block of W. Las Flores. While on the way witnesses reported that a vehicle had hit a pedestrian and fled. Additional information indicated that the suspect had stolen a vehicle and kidnapped a three-year-old male juvenile. While attempting to flee the suspect had run over a family member. Witnesses in the area followed the vehicle and reported the vehicle was involved in a number of minor traffic collisions. Officers were eventually able to catch up to the suspect vehicle and began a pursuit of the suspect with the child victim on board. The California Highway Patrol was requested to assist in the pursuit for K-9 support and to attempt to deploy spike strips to disable the suspects vehicle. The Santa Barbara County Sheriff's Department provided air support.

The pursuit ended in the 100 block of E. Tunnell when the suspects engine stopped. The child was rescued from the vehicle and the suspect was taken into custody as he exited.
The suspect was identified as Paul Maldanado 30 years old of Santa Maria. The child is not related to Maldanodo and there was great fear that the child would have been harmed if allowed to flee from the officers. 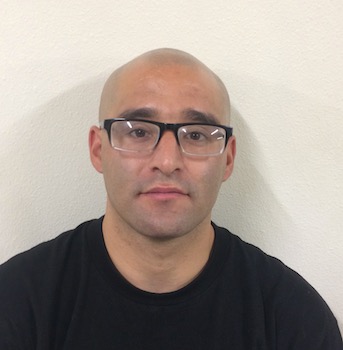 Suspect Arrested After Kidnapping and Pursuit

VOR: I should have used the

Go ahead luvaduc, haggle with

It's pretty neat to me.

Such a hypocrite to scream