Thompson asked each writer about their creative process, backgrounds, recent projects, and which scenes were the most difficult to write.

Harpster has some local roots by graduating from UC Santa Barbara and starting a local theatre company. He discussed performing at Center Stage Theatre before moving to Los Angeles to become an actor. He then started screenwriting as a way to learn more about film.

His film follows the life of Fred Rogers, who explained does not make a good protagonist because "he was too awesome for 74 years." The film took nearly 10 years to get made and through the process they received the approval of Roger's widow sho demanded that they do not show her husband as a saint, but show him as a human. She explained that if the film portrayed him as a saint it would negate his work and make is seem like no one else could do it for future generations.

Harpster's next project is directing a film titled, "Bottomless Bellybutton" based on a graphic novel. 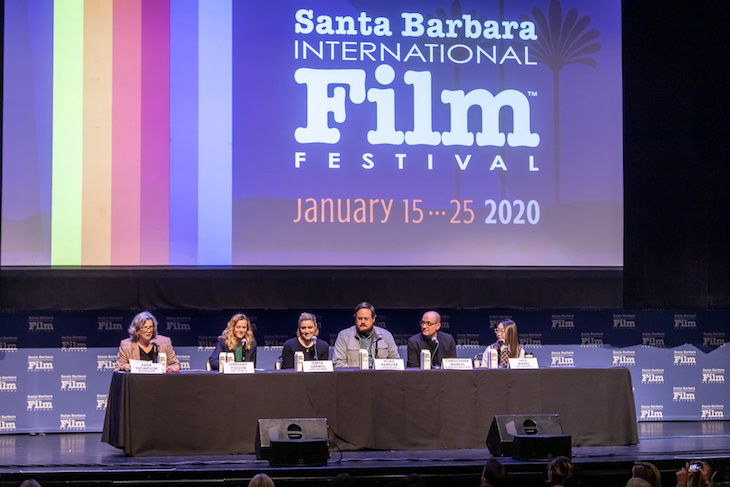 Wang discussed how she chose not to go to film school and instead learned everything about screenwriting from books stating she's mostly self-taught. She also directed her film The Farewell, and when asked if she sees herself more as a writer or a director she responded director. "I see directing as a way to defend the writing," she said further explaining that she would rather write something she can direct than the opposite.

When it comes to her writing process she discussed needing consistency but also new environments to stay creative. "As a concert pianist, writing is harder than piano," Wang said when discussing self-discipline.

Wang is currently working on a sci-fi titled "Children of the New World" and a TV show titled "The Ex-Patriots."

Gerwig explained that she studied philosophy because "there's lots of ways to not make money," she said to audience laughter. She started writing plays and then transitioned to screenwriting while auditioning for acting roles. She said the best experience came from her failed auditions where she kept the original copies of the screenplays and compared them to the film when it was released.

In her adaptation of Little Women, Gerwig expressed how she always wanted to be Jo March. She re-read the book in her 30's and found new dynamics and emotions driving her desire to make another film, which she pitched well before her award-winning film Lady Bird.

She described feeling like a fraud when discussing writing, how there is a series of steps but it's also very mysterious and has a specific rhythm to it. Gerwig will soon be seen on stage in an off-Broadway production of "Three Sisters."

Folsom discussed her initial meeting with Pixar where she was told they wanted to make another Toy Story film prompting her to say "But why? Toy Story 3 had just won an Oscar." After it was described that they wanted to give Woody a proper goodbye she said she was in.

Her next project is show running "Paper Girls," a comic book adaptation for Amazon, and as a consulting producer for the "Lord of the Rings" TV show for Amazon. 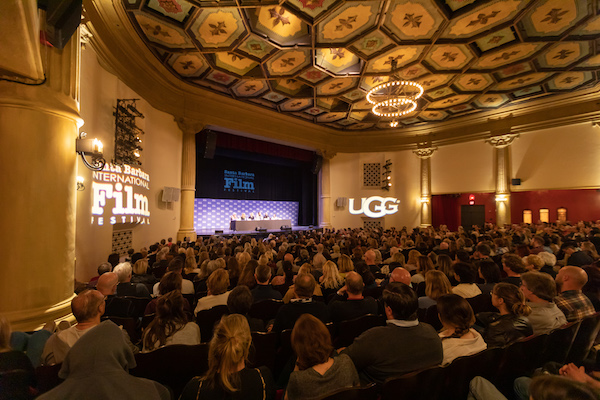 Markus described the journey of taking beloved heroes and bringing their stories to a graceful end. He said along with his co-writer they had about 60-70 pages of notes with possibilities of everyone in the Marvel Universe that's still alive and how they could interact. When settling on Thanos they determined he had to have a human element to make the audience feel for him and built it up from there.

"People are very desperate for a happy ending in stories... to find contentment after sacrifice," Markus said. He went on to explain how Steve Rogers (Captain America) deserved his happy ending. He also responded to a recent comment by famed writer/director Martin Scorsese who stated he felt Marvel films were more like theme park rides and aren't really cinema.

Markus explained that he didn't really think people who make those types of comments have actually seen the films but that people latch onto these types of films because it gives them sustenance. "Genre is just another way to talk about humans," he said.

His next film is focused on the recent Cambridge Analytica scandal.

Yes, but Ricky Gervais said it's really all about the actors. Writing comes secondary. It's the actors that make the movies great. It's all about looking good. Ha.