On July 1, 2020, at approximately 1715 hours, Officers responded to a report of an assault with a deadly weapon that just occurred in the area of 500 E. Yanonali Street. The victim, a 40-year-old male, was transported to Cottage Hospital with head injuries and significant facial lacerations.
The suspect was identified as Jamal Bseiso, 61 years of age. Bseiso was booked at the Santa Barbara County Jail on felony charges of 245(A)(4) PC – Assault with a Deadly Weapon; and 203 PC – Mayhem.

SUMMARY OF INCIDENT:
The victim stated he was assaulted by an acquaintance, Jamal Bseiso, who was apparently angry that the victim was used Bseiso’s property. An argument ensued that quickly became physical. According to the victim and witnesses, Bseiso grabbed a metal object and began swinging it at the victim, subsequently striking the victim in the head and face multiple times. Witnesses who were in the area immediately called 911 and were able to intervene as the suspect fled.

The victim and witnesses provided a description of the suspect to Officers who broadcasted the information department wide.

At approximately 1735 hours, Officers were on an unrelated call when they observed a subject matching the description. Officers contacted the subject, obtained a photograph, showed the victim the photograph of the potential suspect, and the victim positively identified Bseiso as the subject who had assaulted him.

At approximately 1814 hours, Officers located Bseiso, who briefly attempted to flee when he saw the officers approaching from one direction; however, his flight was stopped by the presence of additional officers. Bseiso was arrested without further incident. 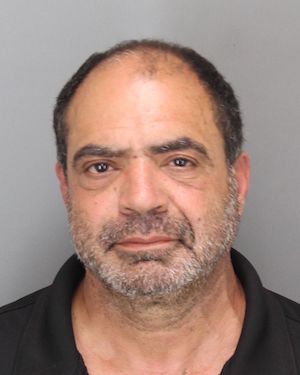 Weapon was a paint can suspect a Transient in his 50's victim is at the Rescue Mission 535 East Yanonali...

Incident occurred under a bridge possibly the Milpas Underpass..

It wasn't the Milpas Underpass but it was near by...

They said the suspect was sleeping on a sofa in the Quarantina Underpass sounds like there's a house under that underpass suspect in custody at least for now.

Saw that guy walking on Milpas yesterday. Definitely has so serious mental problems.

Tony Soprano, is that you?

Perhaps asking permission to use something that belongs to someone else is not just polite but a useful social convention.