Youngsters from the Downtown Boys and Girls Club summer camp program enjoyed a unique day experiencing local history as part of the California Missions Foundation’s “All-Aboard-the-Bus” Field Trip Program. One hundred youth toured both the Presidio and Mission as part of the outing. Santa Barbara Airbus provided the transportation between both of these historic sites. 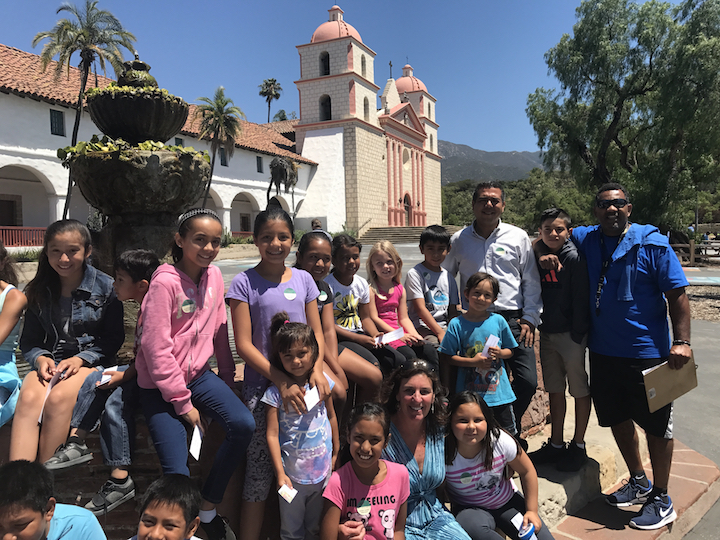 “The field trip provided an opportunity for the kids to learn about early California history and see these historic places in person,” said David A. Bolton, CMF executive director and a member of the Boys and Girls Club board. “All of the youngsters seemed to enjoy the up-close experience, and the staffs at both the Presidio and Mission were so helpful and knowledgeable. It was a great day for our local youth.”

CMF teamed up with the Santa Barbara Trust for Historic President and officials at Old Mission Santa Barbara to offer this unique summer learning experience.

“We’re really excited to successfully launch the ‘All-Aboard-the-Bus’ summer program in Santa Barbara, and we are looking forward to expanding it throughout the state,” said Sally Becker, CMF’s director of external relations. 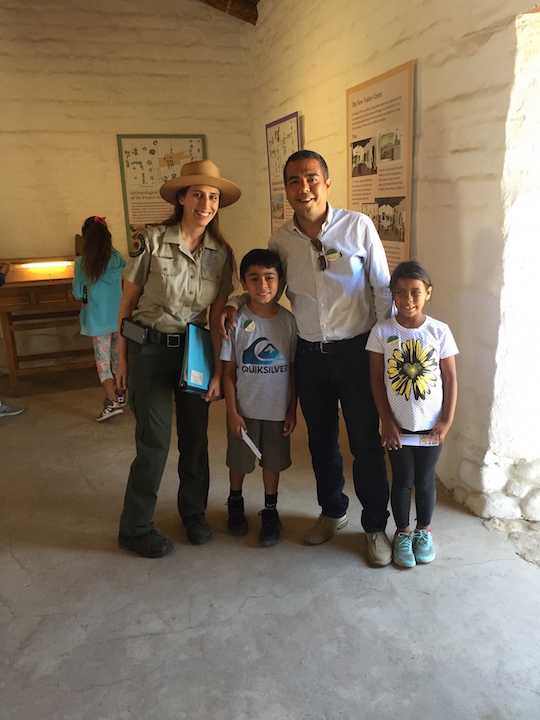 “We are appreciative of the California Missions Foundation for their assistance in our effort to make Santa Barbara’s founding place accessible to all,” said Dr. Anne Petersen, SBTHP Executive Director. “The Santa Barbara Trust for Historic Preservation was thrilled to host the Boys Club of Santa Barbara County at El Presidio de Santa Barbara State Historic Park.”

“The kids asked so many questions, and they were able to compare the Presidio Chapel to the Mission Church,” said CMF Education Coordinator Gonzalo Sarmiento. “At both sites, the children were engaged by the Docents.”

The students ranged in age from 5 to 17.

“I liked the backyard at the Presidio because they can plant a lot of things,” said Jacob, set to enter second grade this fall.

“I like how much space the Chapel has – it’s the biggest room at the Presidio,” added Julian who will also be attending second grade.

“I really liked the Chapel because of the painting on the walls,” said Eliana, another soon-to-be second grader. “The colors were made from rocks, plants and dirt.”