"I am honored to celebrate Bob Handy’s distinguished service, exemplary advocacy, leadership, and commitment to Central Coast veterans," said Rep. Carbajal. "Our service members sacrifice so much to defend and serve our country. Too often, they return from service only to be denied the support they need and deserve. Bob has worked tirelessly to improve the lives of countless veterans and I am thankful for his service, both to our country and to our community.

Bob Handy is the founder and Chairman of Veterans United for Truth, Inc. (VUFT), a veterans’ support non-profit that played a critical role in addressing the Veterans Administration’s (VA) mishandling of veterans’ medical services, particularly of Post-Traumatic Stress Disorder (PTSD) cases, and restrictive policies within the VA that prevented veterans with PTSD from appealing negative findings in their cases.

Bob Handy led VUFT as principal plaintiff in a 2007 class action lawsuit challenging the federal government for failing to meet legal and moral obligations to care for wounded veterans. Mr. Handy’s advocacy and tireless pursuit of the case brought new attention to the health issue of PTSD and his work resulted in significant changes to the VA’s approach to treating it. 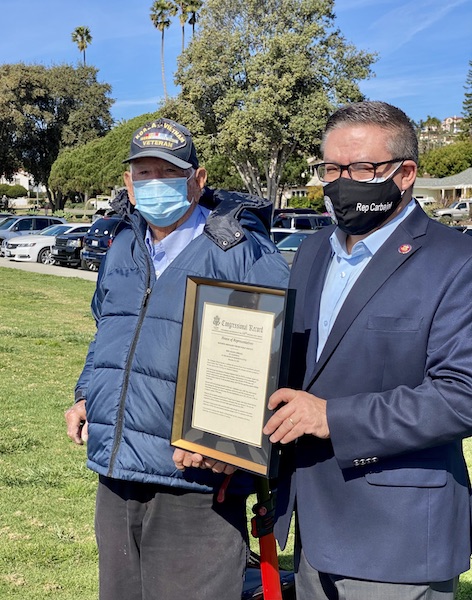 What the actual... who

My prediction... Texas and

So who exactly gave the OK to

Haggmark is a shill. Gawd

I agree with the local

Another of the not disclosed

Never had to call your ISP, I

What exactly, are you talking