Hosted by Scott Feinberg of The Hollywood Reporter, the two discussed her work of the last two years including her recent nomination for her role as Judy Garland in "Judy."

As a native Texan, Zellweger's accent shines through when discussing her roots and start of her career and early work with fellow Texan and up and coming actor Matthew McConaughey. “Best workout of my life was being chased through the woods by Matthew McConaughey [in The Texas Chainsaw Massacre: The Next Generation]… who knew!” she said.

She discussed her first job after moving to Los Angeles was being a barback in Santa Monica and how the 1994 earthquake led her to meet her agent of 25 years that set her on the path of lead roles in major films. The audience joined Zellweger and Feinberg in watching clips of Love and a .45,  Jerry Maguire, Me, Myself & Irene, Nurse Betty, Bridget Jones's Diary, Chicago, Down with Love, Cold Mountain, Cinderella Man, Judy and more. 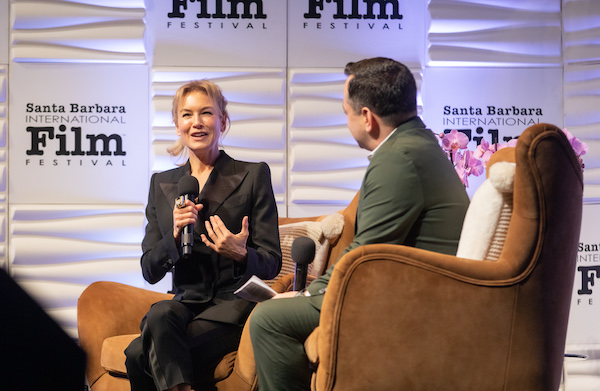 When asked if she preferred comedy as much as dramatic roles, Zellweger responded, "Oh sure, it's all funny isn't?" Her iconic role as Bridget Jones led to a discussion of preparation including gaining 17 pounds, “What don’t you do for the roles that you love? That’s the least of it!” she said.

After filming back to back for many exhausting years, Zellweger paused her career. She said she didn't remember a lot of her 30's from all the stress.

“I took a break because I left a few very important things out of the equation, like my health. I didn’t realize it at the time - it took me a while to recognize the chaos… I needed to step back for a minute and recalibrate. And it didn’t really matter at a certain point what the result of that decision would look like in my life. It was essential. And like anybody who has a job, you don’t complain about the amount of work that comes your way. This is your job, this is your profession and what you do for a living. If you’re lucky enough to do what you love for a living then you certainly don’t complain. It’s thrilling, it’s rewarding. The bigger the challenge, the bigger the reward…there’s very little reason to say no to things that teach you something…that’s what I was greedy for,” she said.

Her most recent role as Judy Garland struck a personal note for her. “I understand the toll it can take on your personal life, if you don’t pay attention or the opportunity to take care. I understand the vast gulf between the public perception of a persona and the truth of a life," she said. 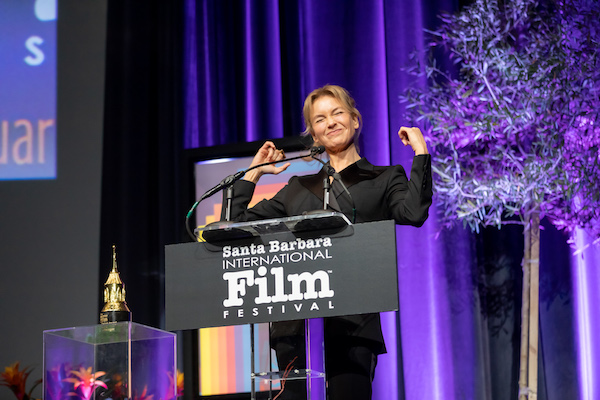 The actress arrived at the tribute with friend and legendary songwriter Diane Warren, who later presented Zellweger with the award. “I’ve cheered her triumphs, I’ve laughed and cried and even sang and danced with the incredible characters you’ve created over an amazing career.” Referencing Zellweger’s iconic quote in Jerry Maguire, Warren stated: “You did have us all at hello… you still do.”

Upon accepting her award with a standing ovation from the audience, Zellweger said: “it is deeply touching that you have found meaning in these creative experiences that have meant so much to me...I am not good at the attention thing because I’m honestly just so lucky. These fantastic artisans have taught me so much and I am so grateful to them for the lessons, and to you for this beautiful award, which will represent those cherished collaborations and the innumerable blessings on this very lucky creative journey of spoiled rotten experiences, including this very special night.” 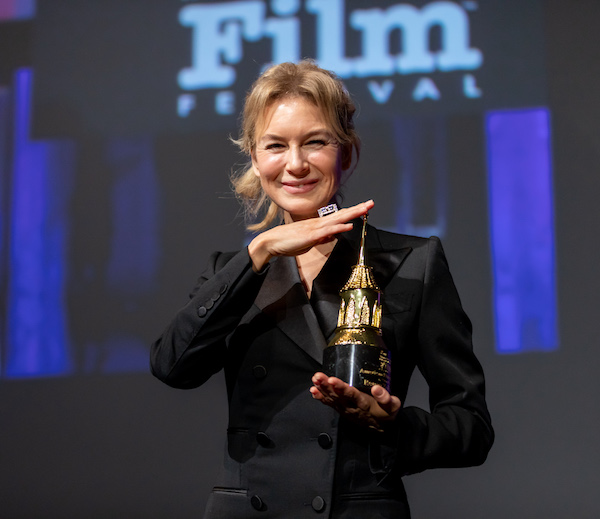 She is great! Love her.