On Monday the Coast Guard suspended their search and rescue efforts and transitioned command to the Sheriff’s Office for a missing person investigation.

The Sheriff’s Office has requested assistance from the Los Angeles County Sheriff’s Department Special Enforcement Bureau’s Dive program (SEB Dive) due to the depth of the location and equipment required for this operation.

SEB Dive arrived at the scene Monday with their Ocean Rescue boat and members of the SEB Dive team that are capable of dives to depths of 300 feet sea water, according to the Sheriff's Office.

Divers will be searching for a Cessna 182 Skylane and its sole occupant, 61-year-old Deborah Nicholson from the Lake Tahoe area.

Emergency responders are at Goleta Beach searching for a small aircraft that was last seen descending rapidly towards the ocean.

At 7:09 a.m. Sunday, Santa Barbara County firefighters responded to a report of a small single-engine aircraft believed to be down 2.5 miles off Goleta Beach Park. Witnesses report seeing the airplane, later determined to be a Cessna 182, depart the runway at Santa Barbara Airport, which runs parallel to the ocean, and the plane rapidly lost altitude, reports Mike Eliason from the Santa Barbara County Fire Department (SBCFD).

The plane was headed towards Lake Tahoe and is believed to only have one person on board, a female pilot.

The SBCFD water rescue team and helicopter and Harbor Patrol from the City of Santa Barbara responded to the scene searching for wreckage. An oil sheen was detected early on, but oil sheens are normally seen in this area due to natural seepage, said Eliason.

An edhat reader on the scene reported the aircraft was located as well as some personal possessions. There does not appear to be any survivors, although this has yet to be confirmed by officials.

Approximately one hour after crews arrived on the scene, responders further investigated an oil sheen with a scent similar to aircraft fuel instead of natural seepage. Debris consistent with the missing aircraft was located shortly thereafter approximately two miles off the coast of Isla Vista, said Eliason.

An LA County Dive Team that also responded to the Conception Boat Fire is en route to investigate the debris field area that has depths of 180 to 250 feet of water. The team has specialized equipment to dive at those depths with radar to locate wreckage.

The National Transportation Safety Board (NTSB) is investigating the cause of the incident. 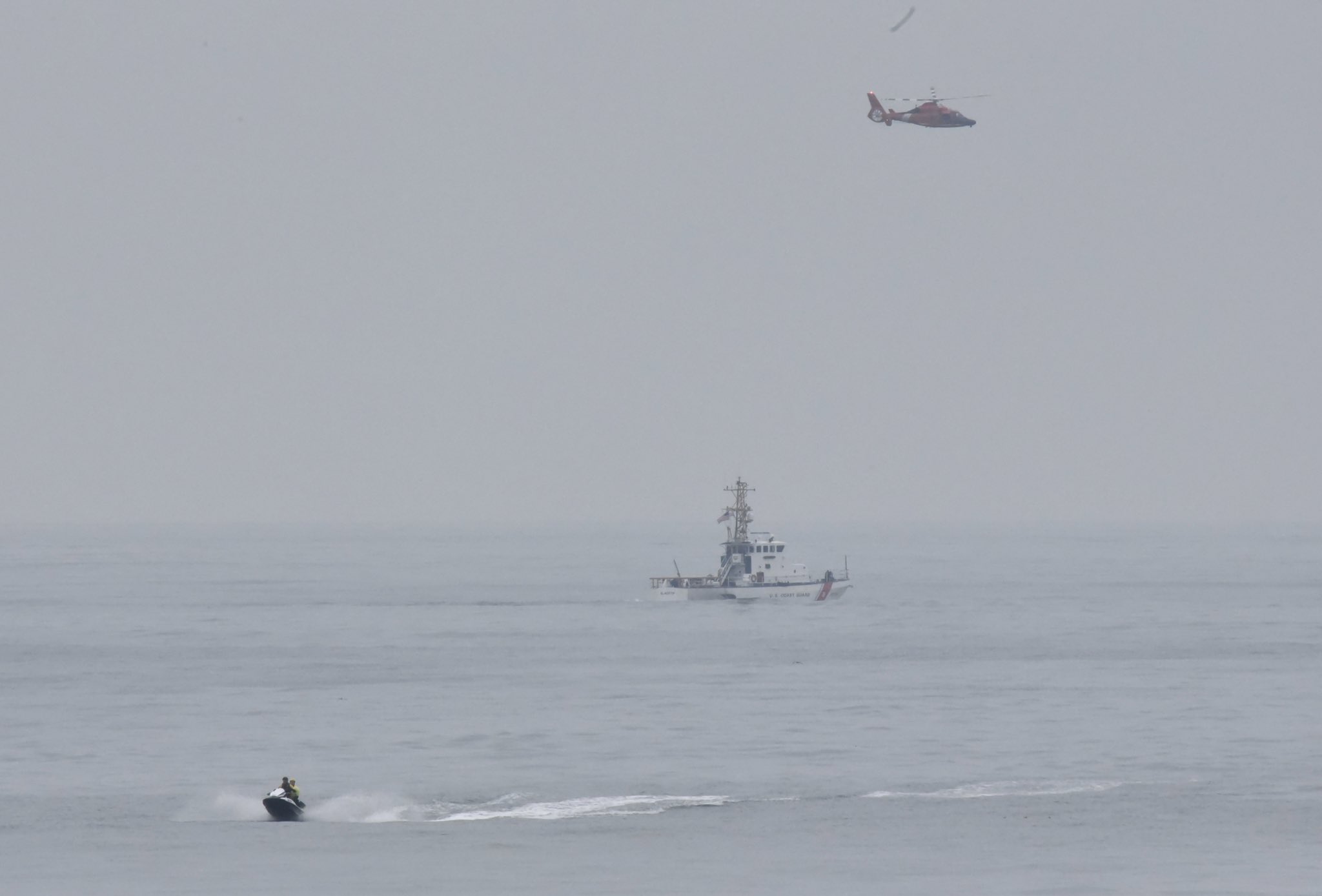 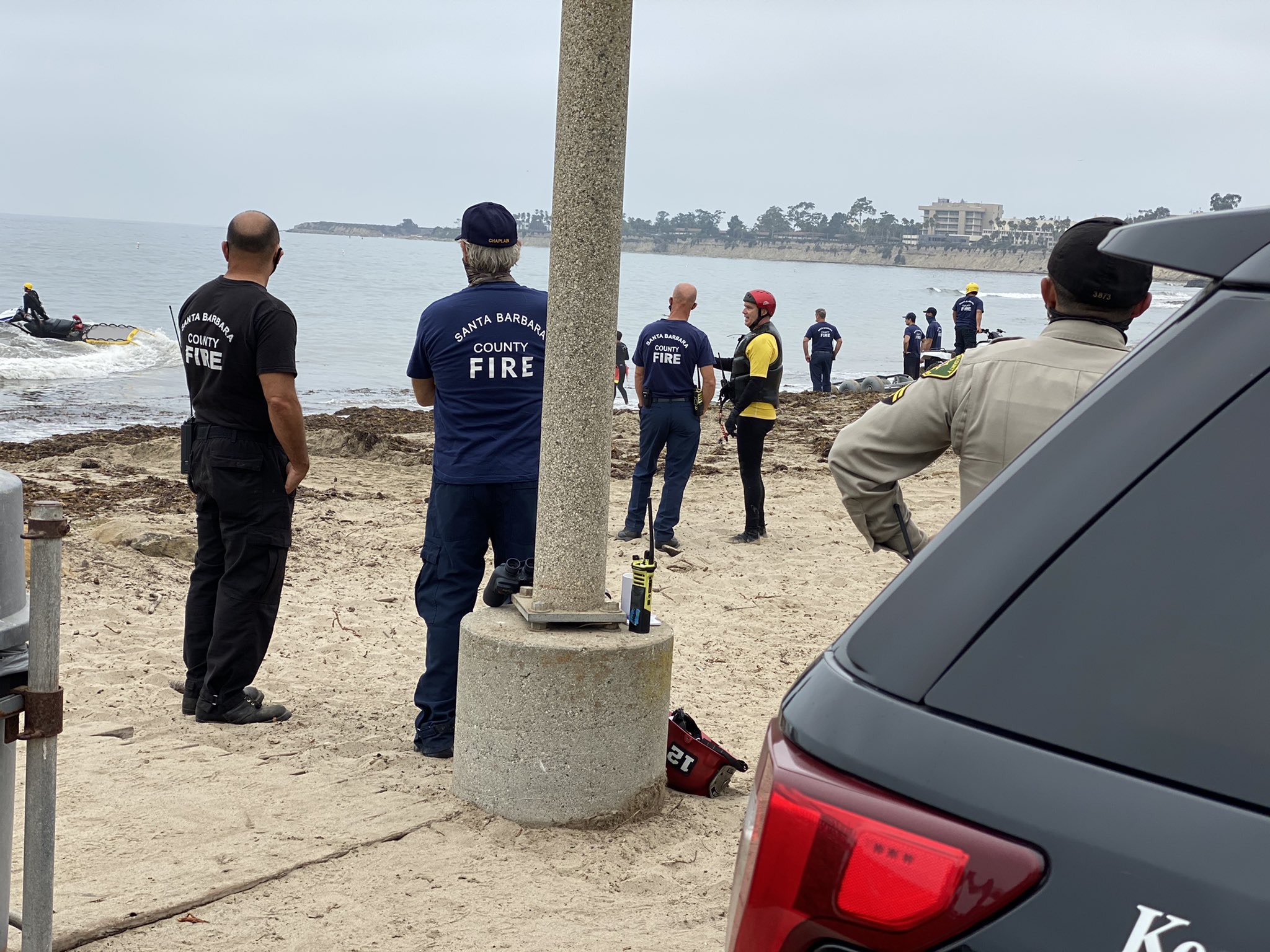 What is up with all the emergency vehicles and Coast Guard at Campus Point in Goleta? It looks like a major response and someone said an airplane crashed in the water?

May her family find peace and comfort on this difficult time in their lives. Fly high dear pilot..

If it seems like this happens too frequently, the stats show that it is fairly rare, about 1 fatality for every 100,000 flight hours. "According to the Federal Aviation Administration, there are around three small plane crashes in the U.S. per day. In 2018, 46 more people were killed in aviation accidents than year before, leading the fatal accident rate to rise above 1 per 100,000 flight hours for the first time in two years."

You can go to Flightradar24 and hear the conversation between the Santa Barbara tower and the pilot. Put in the date and the time goes by utc time, it’s on the 2pm to 230pm loop. They’re is an archive kept of all transmissions from tower to aircraft. It’s not morbid, the female pilot was clearly having problems, mentioning a few things that any pilot normally would mention during that phase of the flight. Bless her soul.

Is there any more info on tail number or pilot name?

They located the wreckage about 2 miles off of Isla Vista.

At 11:30 a.m. we saw the Coast Guard off Ellwood Bluffs and also the orange helicopter, approx 0.5 mile west of Coal Oil Point. Also saw a pod of about 30 dolphins, looked like Bottlenose dolphins (no white sides). Two of the dolphins were sleeping, something we've never before seen. ------------Our deepest condolences to the friends, family and all who knew and loved this now deceased pilot.

So sad..
Just want to know why no updates, from Coast Guard, Harbor Patrol, etc..
This happened so early, this morning..
L.A., news is covering it too.

It's US Coast Guard, NTSB and FAA jurisdiction, not Harbor Patrol. USCG doesn't talk a lot on the marine radio unless something is actually happening. You can check Channel 21 Coast Guard only or 22 CG.

It was reported that a single female headed for Truckee lost air contact from the Cessna.

hope everyone is ok

Yes a Cessna C182 reportedly crashed in the water around 7am today, Coast Guard looking for the plane.