The Sheriff's Office has identified the pedestrian who died after being struck by an Amtrak train on Hollister Ave Friday afternoon.

The deceased is 28-year-old Lee Ann MacMillan of Santa Barbara. 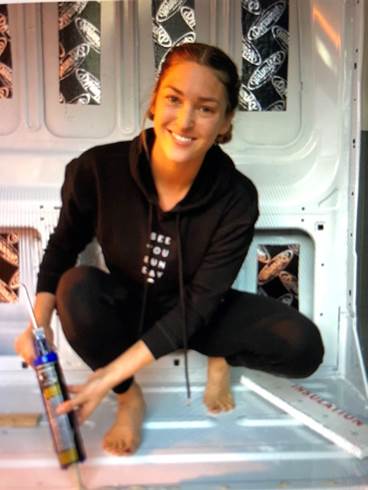 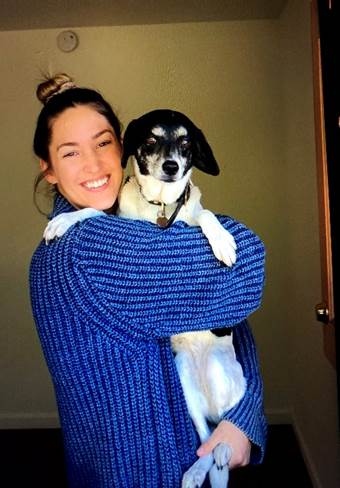 Santa Barbara Police sent out a "Missing At-Risk Person" alert on Saturday evening stating that MacMillan, a Canadian citizen who had been in the Santa Barbara area for the past 6 months, left her vehicle, wallet, keys, ID, and cell phone at her residence on Friday.

"MacMillan suffers from depression and has been expressing suicidal ideation for the last month. MacMillan made specific statements recently which indicate she may be intending to harm herself," the police alert stated.

If you or anyone you know is in crisis or emotional distress, please call the National Suicide Prevention Lifeline at 800-273-8255.

A pedestrian has died after being struck by an Amtrak train on Hollister Ave Friday afternoon.

At 1:13 p.m., Santa Barbara County firefighters responded to the overpass at Hollister Ave and Modoc. When crews arrived they discovered a pedestrian had been struck by the train and was declared dead on the scene.

The Amtrak train is currently stopped in the area. An investigation is underway by railroad officials and law enforcement.

Train vs Pedestrian. The Amtrak Coast Starlight Train #14 to Seattle hit a pedestrian near Modoc and Hollister.

I was on this train, pretty sad when it happened knowing someone died. My condolences to her family and friends.

I was wondering if there was any info on the 2nd incident that happened the same day about an hour later, we hit a 2nd person, we were told they survived and had been taken to a hospital. Hoping they pulled through ok - this was somewhere around San Luis Obispo.

There are no words...RIP poor soul

So sad. I hope you find peace.

One of her last videos described how excited she was to be outfitting a new van for upcoming adventures.

That woman’s death is sad and tragic. That’s all that matters. RIP

Agee, Roger... these suicides are traumatic for the engineers....and very frustrating for the passengers who are delayed for hours.

Thanks to all who help keep us informed. It is a 24/7 job. Roger, it is always good to see you. Hope you are doing well.

Very sorry to hear this. Just read about a missing, homeless person (may or may not be tied to this very sad incident. I do hope he is found safe.) and my prayers go out to those impacted. Also my deepest sympathies not only to those that knew and were related to the person. But to those engineers in front of the train. Deeply painful and traumatizing.

I agree with your sympathy. I'm not sure posting this message on edhat makes a difference. We have to get out there and get the homeless on track to a better life or transition the mentality ill to proper care

According to another news source it was a female..Thanks BLOOMIN HANDLE.

They jumped off the bridge in front of the train...? I feel sorry for the engineer.

I'm glad I sobered up before they started using stun guns...lol

Glad you are in a better place now Roger.

Years ago when I was drinking I told a friend I was going to jump off the bridge at Storke Road into a train I was in a black out having shot gunned acouple pinks of vodka. I did not know that I called him so I was confused when I was walking down Hollister toward the bridge as to why all these Sheriff Deputies came after me.. It's shocking and horrible to hear someone actually did it.

Yes Roger. I do as well. Hope you are well. You're missed in your old role. :)

That (very short) bridge is overhead - immediately there as you pass Modoc Rd going towards SB.

That's what I heard

This is the coast starlight train

Thanks Roger, I no exactly how it's happened to you so many times.

For those who don't know, the term 'dead-head' has been used for decades in the transportation business. It arose from situations where pilots, engineers or crew exceeded their allowed hours of work in a given period and were required to rest for a prescribed time, thus causing them to stay overnight in an unplanned location, and requiring a relief pilot or crew. Tagdes' use of the term was entirely correct.

I know this sounds weird coming from me...Don't let them get to you TAGDES...

I think they were trying to be funny, but don't let the haters get you down. We all appreciate what you do scanner reporters do.

I just type in what they call it on the scanner. It's a railroad term and that's officially what they call it. There is no other term for it. It's important that people know that about the delay that is coming to SB and Goleta but if it bothers you I won't bother helping when Roger and Andrew miss these calls. So go ahead and down vote me, that's why I didn't bother with the mess on the 101 now.

That's the Surfliner coming to Goleta and is now 4hrs and 23min late. Sounds like that crew will go dead and have to wait for a patch crew.

One of the RPs reported it as a suicide attempt, stating the victim jumped in front of the train.

Caller stating they saw a trespasser on the bridge and jumped in front of the train.

The indignation of this

ZEROHAWK, I, too, have had

ZEROHAWK, I, too, have had