Longtime friend of the Santa Barbara Zoo and New York Times best-selling author Sy Montgomery has turned her formidable talents to the story of California condors and the scientists who have fought against their extinction in the next installment in her award-winning Scientists in the Field series, Condor Comeback. Featured in the book are several team members from the Santa Barbara Zoo who have played key roles in the California Condor Recovery Program.

"This is a terrific time to share the thrilling success story of the condor comeback with readers of all ages,” says author Montgomery. "At a time when we hunger for healing and connection, here we present one of the world's most creative, collective and concentrated conservation efforts of all time." 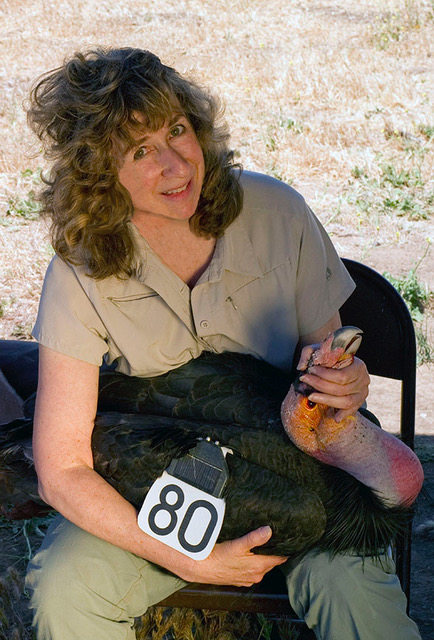 The Santa Barbara Zoo is one of a handful of zoos to exhibit these critically endangered birds and the closest zoo geographically to the condor’s natural habitat. The Zoo has been an active collaborator with the California Condor Recovery Program since 2002, providing veterinary, logistical, and other support for condor reintroduction efforts. Leading the Zoo’s efforts in this program is a team so dedicated to their work that Montgomery was inspired to follow their journey in Condor Comeback. Among those featured are Dr. Estelle Sandhaus, Director of Conservation and Science for the Santa Barbara Zoo, Condor Biologist Dave Meyer, Conservation and Science Associate Nadya Seal, Condor Nest Biologist Erin Arnold and Bird Keeper Ellie Culip.

“Through the tireless work of condor program partners and stakeholders, the condor has been successfully bred in human care, been reintroduced after a period of extinction in the wild, now has multiple generations of birds nesting in the wild, and has returned to historic breeding, nesting, and foraging habitat,” sarees Dr. Sandhaus. “Recovery is within our sights as we continue to partner with the community to reduce key anthropogenic threats, including the reduction of exposure to lead-tainted meat through the use of non-lead alternatives to lead ammunition.  It has been such a privilege to work with Sy to bring this remarkable story of conservation partnerships and optimism to young readers all over the nation!”

In April 1987, the last wild California condor was captured and taken to live in captivity like the other twenty-six remaining birds of its kind. Montgomery employs her skill for on-the-ground reporting, shrewd observation, and stunning narrative prose to detail the efforts of scientists, volunteers, and everyday citizens to get California condors back in the wild.

"Thanks to people with different backgrounds and different talents - from zookeepers to field biologists, from Chumash elders to eager schoolchildren - these magnificent birds are back in the sky in the hundreds,” says Montgomery. “But we're still not done yet, and the book tells how readers can help." 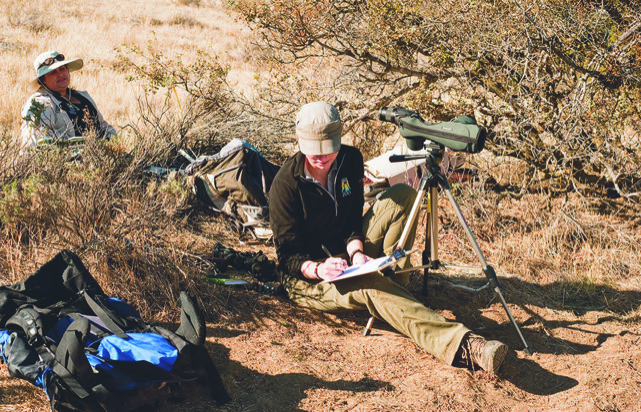 Condor Comeback is complete with world-class, full-color photography by Tianne Strombeck and helpful sidebars that provide details such as the history of the bird’s fight back from extinction, the dangers of lead poisoning, and the relationship of condors to the Chumash nation. In turns affectionate and frustrated, hopeful and heartbreaking, Condor Comeback is an inspiring story of groundbreaking science, perseverance, and cooperation.

“Conservation is one of our primary responsibilities as a zoo accredited by the Association of Zoos & Aquariums, and we’re extremely lucky to have such an incredible, dedicated team,” shared Rich Block, CEO of the Santa Barbara Zoo. “We are thrilled that the team got to play such an important role in this book, and we can’t wait for our community to read all about it!”

"Alongside Strombeck’s crisp photographs, Montgomery details the realities of their work—from thrilling moments such as spotting a baby chick to long observation sessions where not much happens—and has a knack for evocative descriptions...Though the condor’s future remains tenuous, Montgomery’s compelling page-turner inspires optimism."—Publishers Weekly

Condor Comeback is available for purchase at the Zoo’s gift shop (buy online or at the Zoo) as well as on Amazon.

Okay, I will buy it and read it. Thanks Sy for keeping this important issue alive as condors were literally saved from the brind of extinction by (controversial) capture and breeding at zoos.
Meanwhile, the local Sierra Club's Condor Call, of which I'm the editor, often has updates on the condor and other endangered species, as well as articles on activism for habitat. Also, Friends of the California Condor are official docents leading trips to Bitter Creek and Hoppe Mountain. Read issues of the Condor Call here:
www.SierraClub.org/lospadres

The SB Zoo is such a well-cared for jewel in our community. Walk the pathways and you get at least 4000 steps in a daily exercise program and are transported into a verdant tropical jungle, without the humidity and bugs. A total pride in our community. From frolicking penguins, to curious meerkats to the responsible preservation of many of the zoo-bred Big Five. An outstanding local institution.