His name was David James Teague, but everyone knew him as "Guitar Dave". He always introduced himself as David, but, wherever he traveled, it didn't take long for him to be known for what he was...”Guitar Dave” an amazing guitar player. . Name a song...he could play it, and in a way that would put a grin on your face. A solo act on the street, he could make his guitar and voice sound like an entire band.

A fixture on the streets of IV from the mid 90's to early 2000's, students of rock would often come to him to solve a chord change or riff struggle, and he would say "oh, that's easy...just move one finger" and, to their amazement....it worked !  Guitar Dave was there on the street for everyone, before “Youtube”. 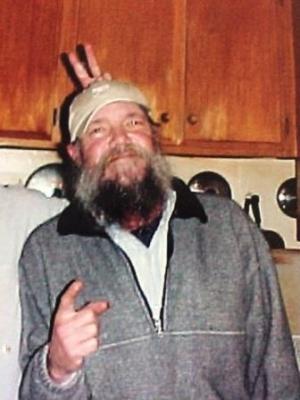 David's life was anything but normal.  He was born in CA, but a divorce split his family and the journey took him to St Louis at about the age of 5. About then, his interest in singing and music landed him his first guitar. As his mother struggled and was hardly home, David became more and more independent.  He refused school and somehow got away with it. He shined shoes on the street by age 8.  During this time he really did his homework on the guitar and voice, teaching himself  by ear. By age 10...he was an accomplished act. Early on he loved the Beatles, and had them figured...lyrics and all.

Spending more time on the street, and looking for more, shoe-shining evolved into selling pot and other drugs. He was the cute kid with the guitar and soon he was carrying drugs from here to there and making a bundle of money. He had thousands in the bank (whoops),  when, at age 12 he got "busted".  He always said he "knew exactly what he was getting in to". I think that could be argued from a different angle, but, by a young age he knew about people, money, and taking responsibility.  One of his favorite sayings was "you do the crime...you do the time".  The dough got taken, and he landed in "reform" school for a couple years....another story.

During these years, his mother had re-married and they bought land in the Ozarks. There David met his childhood sweetheart. She was the cutest country girl, and from a wealthy family.(a family not happy about David)  They were only 17 when they became parents. The pressure was on, and soon , like in a Merle Haggard song, he found himself turning 21 in prison.

But, like David always did, he made the best out of those 4 years. Before long he was the prison recreation director, and had keys to everything he wanted. He formed a prison band and for public relations they played gigs outside every weekend. After prison, he had various jobs, steady gigs with a band, and still, his young family, but he was eventually convinced by his in-laws that it was in his best interest to leave town.

So, with a backpack, a sleeping bag and a guitar....he took to the road. It was the end of his crime days. He never cared about "getting ahead" anymore. Just day to day living. He was still always "happy-go-lucky" and brightened people's day.  He traveled all over the country. Sometimes hitchhiking,  sometimes hopping  freight trains, sometimes in hippy buses. He followed the Rainbow Gatherings and later became a scout and well-respected member of the family.  He also was a parking lot entrepreneur at Grateful Dead shows. He would go where there was work and where he could make $$ playing guitar on the street. Occasionally, he would cross paths with famous musicians, and he could easily "hang" with them. He was once the cause of George Jones missing a concert....a funny story.   Eventually he came to IV where he was loved by so many students over the years. One of those hot musicians from Solvang really liked him and was very generous to him. His made the UCSB yearbook in 2000. We had an awesome community then.

Guitar Dave was a peaceful guy who would walk away from trouble if at all possible. Life on the road got crazy at times, though, and sometimes when trouble couldn't be avoided, he knew how to get tough fast. He was well-respected by everyone who met him.

He learned how to always have dignity...even with no money or 4 walls to call home.  He would drink beer...but nobody really noticed.   In camps with people trying to get along he would say "rule #1...RESPECT"  "rule #2.......see rule #1"  He used his voice so well...enunciating clearly when he spoke, and could be heard singing two blocks away.
He played mostly upbeat songs. Don't ask him to play "House of the Rising Sun", or you might get a verbal "El Ka-bong"

I was lucky to become his best friend and soul mate for many years. We had a lot of good times together all the way to the end.  He quit smoking about 7 years ago, but he had smoked non-filters since he was 10.  About that he sometimes cribbed,  "well, it seemed like a good idea at the time". All along , emphysema was making it harder and harder for him to play guitar. Eventually, emphysema, made it difficult to even walk around. He wound up getting pneumonia and going to the hospital. And still, the concern was about me driving back and forth there.

He is survived by all the people whose hearts he touched.

We're going to have a memorial BBQ at Goleta Beach on Saturday, April 20 by Area B. Bring your stories about Guitar Dave, old IV and bring your guitars, etc.

What a beautiful tribute!! RIP, Dave.

It’s realty amazing to hear this guys story, sounds like a lot of people in this community, and so we can just appreciate everyday we get to be in it, and hopefully in the presence of guys like, Guitar Dave!!! RIP BUDDY!!!

What time is Dave's memorial?

@pstarsr.... they covered up

See no evil, Smell no evil,

I understand other things may

Sometimes that works other