A Lyft driver from Lompoc was found guilty of sexually assaulting a female passenger from Nipomo.

The initial report states Fenwick picked up the victim who requested a ride through the Lyft driving service because she was too intoxicated to drive home. Fenwick drove the victim to her residence in Lompoc and due to her level of intoxication, he helped her inside where she became unconscious. Fenwick was accused of sexually assaulting the victim inside her home after she lost consciousness. 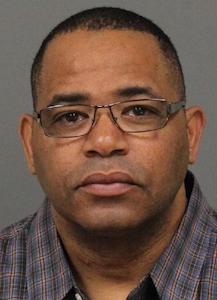 Fenwick pleaded not guilty and claimed the sexual acts were consensual.

Fenwick could face a maximum sentence of 10 years in state prison.

The victim has joined an ongoing civil lawsuit against Lyft claiming the company has failed to protect victims of sexual assault from their hired drivers.

Wonder how many other of this creeps victims never reported him.

Seems Lyft has a lot of such cases around the country.

If the creep chooses unconscious victims, there could be plenty of victims who never reported.

People, get this right. Uber and Lyft are trying to prosper on reducing the safety precautions that protect you from predatory acts such as this. Taxi drivers are licensed and checked for criminal records and driving safety. Uber and Lyft pretend that these drivers are "contractors" outside the scope of duty of their businesses. This is a "loophole" at best. Besides driving legitimate and licensed cab drivers out of business this scheming business model is threatening passenger safety all the time. Pay a little more and protect the community.