On Tuesday, December 3, 2019 Sheriff’s Detectives from the Special Investigations Bureau arrested 34-year-old Benito Rodriguez Bravo of Lompoc after a two-week long investigation. Bravo reportedly created an advertisement on the internet where he attempted to recruit and hire females for the purposes of engaging in nude housecleaning and erotic massages. During the investigation, detectives posed as a sixteen-year-old female while communicating with Bravo. Despite the age, Bravo sent the minor explicit images with the intent to cause sexual arousal and attempted to recruit the minor to have sex with high-paying customers, promising payment of $5,000 a week. Bravo arranged a meeting with the sixteen-year-old in the City of Goleta. Detectives were conducting surveillance of Bravo and arrested him when he arrived at the location.

The Sheriff’s Office is actively looking for additional victims related to this case.  If you, or someone else knows information, please contact our detectives at [email protected]. 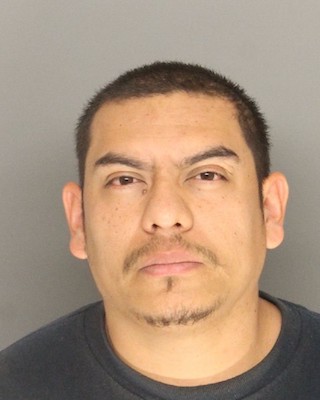 We have Denial it runs right through the middle of Santa Barbara....

PARVOPUP, What we got? Normal people with jobs, we own homes, cars, kids in school, etc . There are bad apples in every community. Printing news about those bad apples doesn't reflect on the rest of the community. So, what's the problem?

Why you guys always picking on Lompoc - some of us up here are actually pretty normal.

We got a job, own our house, our kids go to school and aren't pregnant and all the cars in the driveway actually run.

We even have five legal Cannabis Dispensaries - what you got SB?

PARVOPUP - who's "picking on Lompoc?" No one here said anything about Lompoc. Are you upset the police are "picking on" creepy criminals in your town? Simmer down.

Read the info again: “ . . . from the females he was communicating with.” The poser bait/fake 16-yr-old wasn’t the only young girl he was trying to “hire.” Why do you think he was under surveillance in the first place?