Stewart is nominated for an Academy Award for her portrayal of Princess Diana in Pablo Larrain's "Spencer." She sat down with Indiewire Editor-at-Large Anne Thompson at the Arlington Theatre for an in-person discussion about her career and recent nomination.

Attendees enjoyed clips from her acting career throughout their conversation. They discussed her roles in Panic Room, Zathura: A Space Adventure, Into the Wild, Adventureland, Still Alice, The Runaways, Twilight, Happiest Season, Clouds of Sils Maria, Personal Shopper, and Spencer. 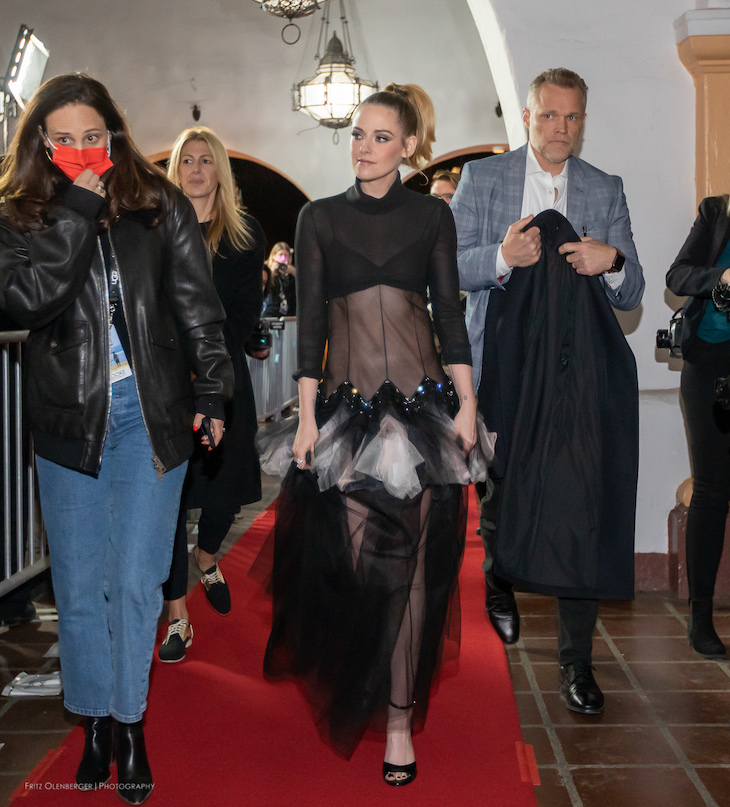 Stewart stated she didn't feel famous until the first Twilight movie. "Two days before 'Twilight' came out, I remember I was sitting on my porch with my dog and I got papped for the first time... sitting there smoking a bowl... I look back on that moment with fondness," she said.

Theron, her "Snow White And The Huntsman" co-star, presented Stewart with the American Rivera Award. "You have a real commitment and it shows in everything you do. It's been so fun to watch the trajectory of your career.... Your most recent film, 'Spencer', I have to say is my favorite work of yours to date. It's not an easy task to take on the most iconic figure in modern history, but you let us into this character. You gave us a glimpse into her soul in the most tactful and heart-wrenching way," Theron said.

She went on to poke fun of Stewart's penchant for curse words and let loose a stream of expletives mocking the actress, much to the crowd's enjoyment.

Stewart accepted the award and thanked "Spencer" director Pablo Larrain and went on to thank the festival. "Thank you for acknowledging me at this time in my life. I'm in such a good place to receive it," she said. 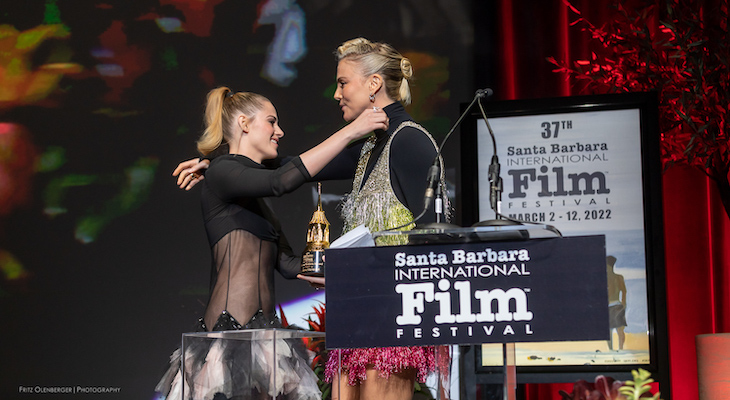 Congratulations Kristen Stewart - a well deserved award....I've been following Kristen since her performance in "Into the Wild"...

The Lompoc Police Department arrested a 67-year-old woman on suspicion of a felony hit and run with an injury.

After adapting to an evolved work environment due to the pandemic while maintaining public service, City offices have been and continue to be open for business.

A reader shares their opinion on "Save Downtown Open Space" for Carpinteria and argues that it's actually a Trojan Horse.

Three local entrepreneurs discuss the pros and cons of starting a business in the Santa Barbara area.

The Santa Ynez Valley Foundation received a $200,000 bequest from the estate of Lloyd Dobney, formerly of Solvang.