The Junior League of Santa Barbara (JLSB) thanks outgoing President, Kielle Horton, for her outstanding leadership of the League over the past year, and welcomes incoming President, Lindsay Cortina, for the 2019-20 League year. Cortina will steward the League into their 95th Anniversary Year, celebrating their founding in 1924 and official incorporation in 1925. The League also recognizes and honors sustainer, Lisa Burns, as their 2018-19 Sustainer of the Year. 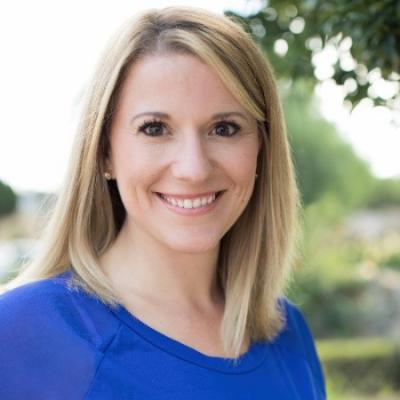 This past year was highlighted by the founding the Joan and Jim Lindsey Endowment Fund, dedicated to continually funding S.A.F.E. House Santa Barbara, a 6-bed, residential shelter in Santa Barbara County for girls who are survivors of commercial sexual exploitation. This Endowment Fund, the first for the JLSB, was announced at the League’s 12th Annual Gala in March and raised over $145,000 through a live ask. Under Horton’s tenure, the JLSB was also recognized with the Leadership Development Award for their Focus Area Training Program by the Association of Junior Leagues International, Inc (AJLI), the League’s parent organization. The JLSB Focus Area Training Program is built around the League’s Focus Area: improving the lives of at-risk young women by educating & empowering them to reach their full potential while working to prevent exploitation and injustice in our community. The program includes mandatory annual Focus Area training, a dedicated Focus Area book club and suggested reading list, guest speaker events, member talking points, a social media kit and strategic community partnerships.

Horton passes the presidential gavel to incoming President, Lindsay Cortina, who looks to continue this momentum throughout the summer with a variety of New Member Recruitment events and orientations. Cortina joined the League in 2013 and has served in numerous leadership roles, including Technology Chair, Communications Chair, and Communications Council Director. In addition to her work with the League, Cortina is the Director of Organizational Initiatives at Sansum Clinic, where she oversees the implementation of strategic projects and programs aimed at furthering the Clinic’s mission, vision, values, and strategic plan. Cortina is a recent alumna of Leading from Within’s Emerging Leaders Program and a 2018 Pacific Coast Business Times “40 Under 40 in Business.”

“Serving as President of the Junior League of Santa Barbara in this anniversary year is a true honor,” says Lindsay Cortina. “I am proud of the JLSB’s history in our community and the positive impact it has made. For 95 years, women have been committing to serving our Santa Barbara community, and we look forward to continuing that legacy in this 95th year.”

Each year the League awards the Sustainer of the Year award to a sustainer that goes above and beyond in the community. The 2018-19 Sustainer of the Year recipient, Lisa Burns has a storied history with the League, as well as deep volunteer roots in the Santa Barbara community. Ms. Burns and her husband, W. Scott Burns, are majority owners of Windrun Wine. She is an active community member, serving as Santa Barbara County Housing Authority Commissioner, Second District. She is a docent for the Santa Barbara Mission and member of Native Daughters of the Golden West (Tierra de Oro Parlor #304) and First United Methodist Church. She and her husband have been married for 34 years and have a son, Matthew.

Outgoing President, Kielle Horton, has been a member of the JLSB since 2009. Before serving as League President, Horton has served in several leadership positions in the League, including Focus Area Chair, Nominating Chair, New Member Chair, Gala Chair, Communications Chair, numerous advisory positions and others. In addition to her work with the League, Horton is the Vice President at Lindsey Communications and Vice President of the Lindsey Family Foundation. During her presidency, the League’s two main fundraisers — Rummage and Gala — raised over $200,000 to help fund trainings for members, volunteer work in the community and S.A.F.E. House Santa Barbara. The organization welcomed 39 new members, bringing the membership total to over 480 members. In addition to attending JLSB-hosted trainings, members also attended several national Association of Junior Leagues International conferences and committed over 15,000 hours of volunteering with the local community.

Cortina and the JLSB Recruitment Committee are hosting several informational sessions throughout the summer. For more information and opportunities to join the League, visit JLSantaBarbara.org or contact [email protected]