The Santa Barbara County District Attorney's Office filed felony sexual assault charges against David Guillod, 53-years-old of Sherman Oaks, in June of this year. He was charged with 11 felonies that include rape, kidnapping for rape, and rape of an unconscious and/or intoxicated person among several women.

On June 22, 2020, Guillod turned himself in to the Santa Barbara Sheriff's Headquarters were detectives arrested him. He was held at Santa Barbara County Jail with bail set at 3 million dollars. The court ordered that GPS be a term and condition of his bail, and ordered that the defendant have no contact with the victims.

Guillod was out on bail when he was arrested again last week in connection with another sexual assault in Los Angeles County. A woman reported that Guillod sexually assaulted her during an evening meeting in mid-October.

He was arrested at his Sherman Oaks home and is being held in custody on bail set at $5 million.

Guillod was a producer on such movies as Atomic Blonde and most recently, Netflix’s Extraction.

If there are any additional victims that would like to come forward, or if anyone has additional information that they would like to provide, they can contact Detective Joaquin Oliver with the Santa Barbara County Sheriff’s Department at 805-681-4100.  The case is assigned to Senior Deputy District Attorney Jennifer Karapetian. 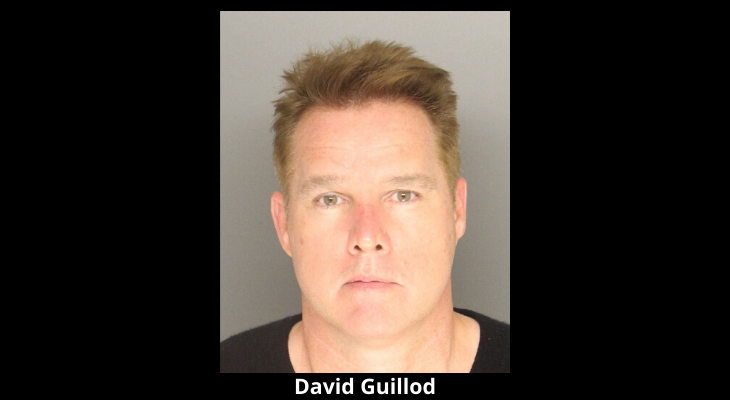 This guy may be surprised at the kind of sentences handed down in Santa Barbara compared to L.A. He’ll be popular if he goes to prison, and I bet he doesn’t get out again before trial. Play stupid games, win stupid prizes.

Netflicks producer...Hmmm!!
Wonder what kinda people Bezo is hiring these days!
Strange bed fellows perhaps, but films makers attract a unique crowd! Attis and Rodgers, just a few rejects we have had to deal with!

Jeff Bezos is the Amazon CEO... not Netflix.

Hollywood "film" producer? Hmmm. I wonder what a google search of his work would produce. What a friggin' punk-loser. Let's hope the authorities won't play the bail-GPS B.S. game again because that apparently failed very badly for them. What's the problem here? I mean why can't he just be locked up for about 10-15?

Do we get to keep the bail money?

So if he has $500,000 he can get out and do it again, while so many with low level offenses and income are trapped in the system due to excessive fines and probation fees.

Charged with multiple rapes of multiple victims over multiple years and he commits yet another rape while on bail with existing rape charges? There should be no bail whatsoever for this predator so that the public is protected from this monster.

What would Prop 25 do in this case? Would he definitively be held...or would he be let out? Anyone have a good grasp on 25...?

Prop 25 basically leaves the determination of bail up to computers. They look at a number of variables, and although I don't know what those variables will be, my gut instinct is that it would still tend to favor the rich and white and not the marginalized or minorities.