Even after the fire passes hazards exist in the aftermath. Burned out poles and trees and hot spots are among the many hazards that must be identified and eliminated prior to repopulation. (Photo: Ventura County Fire Department)
By edhat staff
[8:00 a.m., November 16: Updated numbers and information have been corrected below]

The Hill Fire is now fully contained and firefighters are gaining ground on the Woolsey Fire as it continues to move through Los Angeles County.

The Hill Fire is currently 100% contained at 4,531 acres located in Eastern Camarillo and Newbury Park.

Fire suppression repair teams are actively engaged in working around the fire perimeter and affected areas. On Thursday night, a weak downcanyon flow with weak northeasterly winds at the ridges aided in the containment.

We would like to say "Thank you!" to everyone for your support of #WoolseyFire #firefighters. It is our pleasure to serve you during this very difficult time. pic.twitter.com/AZxjVMhJKh

Full containment of the fire is expected on November 19, 2018.

For today, onshore flow will continue across the incident, gusting a bit stronger than Thursday. Southerly/upcanyon gusts are expected to be around 20mph Friday afternoon. With the stronger onshore flow, temperatures will be a little bit cooler and minimum relative humidity higher.

Firefighting resources will continue to mop up and patrol. Fire suppression repair teams are actively engaged, working around the fire perimeter and affected areas. Unburned interior islands as well as burned structures adjacent to control lines will be monitored to prevent spread. Creas remain diligent in providing public service to residents as they return to their homes.

The Woolsey Fire also burned through a portion of the Santa Susana Field Laboratory. More on this announcement can be read here.

Three civilian fatalities and three firefighter injuries were reported by fire officials. Two people were found dead and severely burned while sitting in a stopped vehicle on a long residential driveway in Malibu, according to Los Angeles County sheriff’s chief John Benedict.

A third fatality was reported on Friday, November 16. The body was found inside a burnt residence in the 32000 block of Lobo Canyon Road in Agoura Hills.

There are 57,000 structures that remain threatened. Preliminary estimates show 616 total structures destroyed which accounts for nonresidential commerical property and minor structures. However, damage assessment for the affected area is 57% complete showing an additional 183 structures damaged.

The Ventura County Sheriff’s Office reports looting activity during the past two days in the burn areas. Southeastern Ventura County is within a declared disaster area.

The Sheriff's Office warns that people need to stay out of the area to let public safety crews do their work. Those found in areas where they do not belong will be contacted by law enforcement and may be arrested. 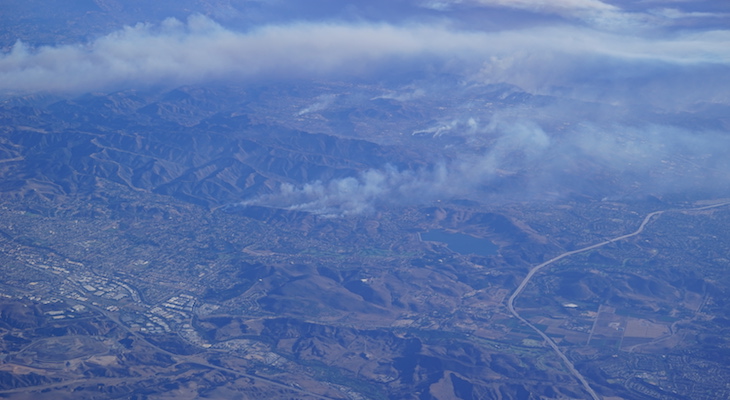 The Santa Barbara County Sheriff’s Office continues to provide support to Ventura County during a difficult time. Sheriff’s Office employees along with hundreds of people including law enforcement from across the state attended the funeral service today, November 15, 2018, for Ventura County Sheriff’s Sergeant Ron Helus who was tragically killed along with 11 other innocent victims in a mass shooting on November 7, 2018 in Thousand Oaks. 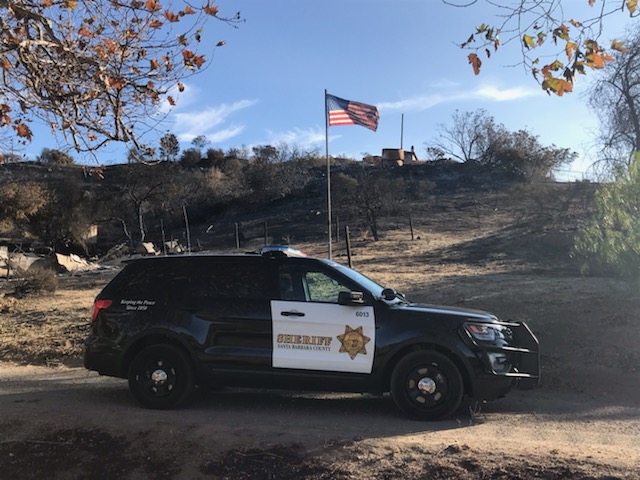 The Sheriff’s Office sent a management team to cover for Ventura County Sheriff’s Office managers today so that they could attend the services for their colleague who gave the ultimate sacrifice and died trying to protect others.

The Sheriff’s Office will continue to provide resources to Ventura County as long as we are needed.

There is no way he'll get

You never posted his mugshot

Do a little research.

I'll bet it was a Greka

Hopefully he did not hurt to

I'm not going to play stupid