At 7:08 p.m., crews arrived at 6325 Lindmar Drive in Goleta, the building of Microdyn-Nadir, for a reported structure fire. The response was quickly updated to include Hazmat teams from the county and Santa Barbara City.

Crews discovered the fire was initiated by mixing of chemicals, but it was quickly extinguished by fire protection systems on-site and firefighters, said SBC Fire Captain Daniel Bertucelli.

Water flowing out from the building could have been contaminated so firefighters protected storm drains using damming materials.

There were no injuries and the cause is under investigation. 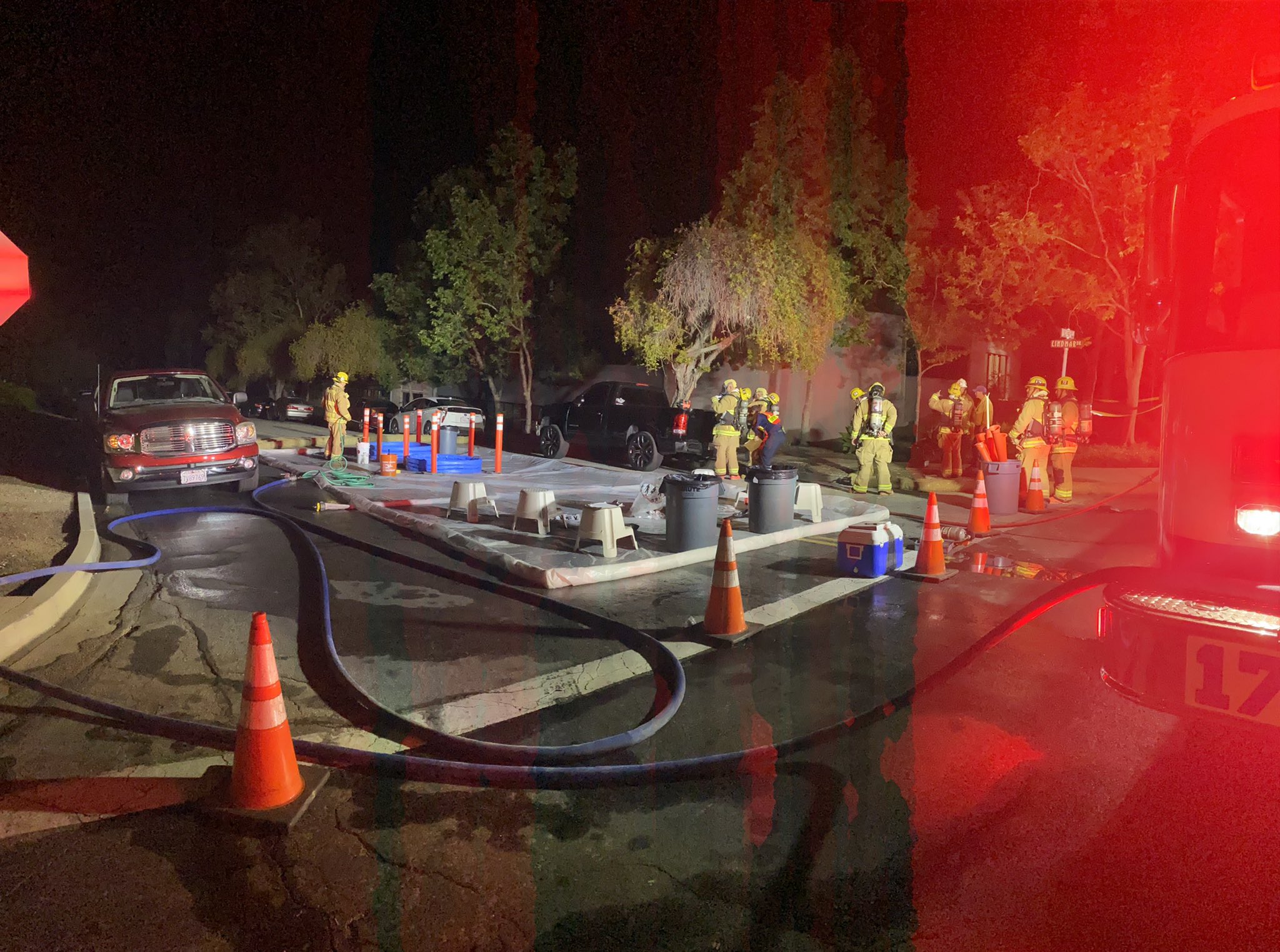 Firefighters are on scene at the 6300 block of Lindmar Drive in Goleta of a chemical spill that has occurred after a fire was in the building. The fire is out, however a water leak is causing chemical reactions inside the building. Hazmat team is enroute.

I believe the water was shut off

The company there makes filter membranes for water systems so there is a confluence of systems involved,

What were the chemicals?

if its the place I think it is, its a block from me. If its the water filter membrane place they probably use Base and Acid to neutralize waste ( PH correction ). the Acid boil water when it contact with water. so thats why they are probably stating the reaction from fire fighting efforts.

oscar's constituents are a

I work near the old Saks/BOFA

Brandishing a firearm on Elise Way

Is this the same clown from