Celebrating the Gaviota Coast and the philanthropists who have led the way in preserving it, the Gaviota Coast Conservancy (GCC) held Coastal Legacy 2019, an elegant afternoon that was the group’s first community-wide public fundraising event held at the Music Academy of the West which attracted over 250 attendees and raised more than $60,000 for the conservation non-profit.

The Marilyn Horne House, which was once the center of the Miraflores Estate, created a charming setting where guests enjoyed sips by Oreana Wines, bites from Seasons Catering, and live music performed by a bevy of local artists while perusing the silent auction tables.

A very entertaining live auction was lead by KEYT3 John Palminteri, and the 'Raise Your Paddle' fun was directed by Geoff Green, CEO, SBCC Foundation. Auction gifts included seductive escape venues and a private group tour of the Gaviota Coast which raised considerable dollars for the charity.  The army of GCC volunteers deserves kudos for creating an ambiance that was so warm and welcoming from beginning to end. 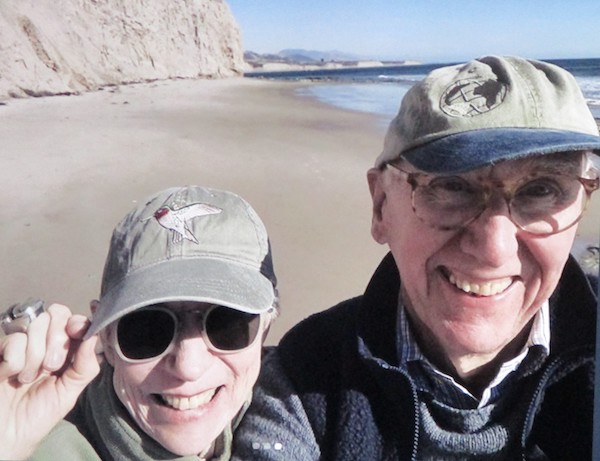 Maintaining agriculture, ecological integrity and public access to the Gaviota Coast is  GCC’s mission. A dedicated group of concerned activists has been observing, guarding and protecting this area from questionable developers with their eyes on this land.  According to Steve Forsell, GCC Board President “to maintain the rural character of our coast, the Gaviota Coast Conservancy actively engages with landowners and developers and finds solutions for permanently protecting privately owned parcels.”

The Gaviota Coast Conservancy mission is to protect, restore and enhance the unique natural, scenic, agricultural, recreational, educational and cultural resources of the open space lands of the Gaviota Coast for the benefit of current and future generations.  For Contributions and information please visit: For www.gaviotacoastconservancy.org.

Note: On Saturday, March 14, 2020, 1:30-7:00 p.m. there will be a roundtrip narrated tour of the Gaviota Coast by bus and train with outstanding views of Vandenberg AFB, the newly created Dangermond Preserve. Cost per person is $125.00 For reservations visit http://www.Gaviotacoastconservancy.org/hiddencoasttour.

There is a typo in the Gaviota conservancy link. .org not .ort

The unmentioned hero in this wonderful acquisition of the Bixby/Cojo Ranches is Mike Lunsford. He, with a handful of other Gaviota Coast locals, formed the Gaviota Coast Conservancy (GCC). And he upon being informed by a whistle-blower that the East Coast developers that owned the Ranches were violating a host of coastal protection rules, flew over the Ranches and documented the violations. The GCC filed a complaint with the Coastal Commission which led to a huge fine and stopped the developers from their grand plan to develop the ranches into million dollar estates. Kudos to Mike.

Thank you, Mike Lunsford. Your energy and love for our coast benefits us all. You are my hero.

How wonderful the Dangermonds chose Gavotia State Park in 1966 to spend their honeymoon, hence discovering the beautiful Gavotia Coast. Thank you for your huge contribution.

"if the moderator kept their

AHCOO, if the moderator kept

Gorgeous! You have my envy.

We wouldn't be living here if

The point is not whether they

Basic, please tell us why the

So Zero frequents this beach

This photo was taken in the