Santa Barbara County officials are alerting the public to a fraud flyer that is being distributed in the Santa Barbara area with a suspect attempting to gain unauthorized access to homes.

According to a fraudulent flyer dated March 22, 2018, a “team of land technicians are conducting ground stability testing” in Santa Barbara (Please see below picture of flyer). Santa Barbara County logos and infographics were used to give the flyer the appearance of an official release. This flyer is fraudulent and a suspect distributing the flyer is attempting to gain unauthorized access to private property.

At approximately 1:08 p.m. today (Thursday, March 22), a suspect approached a residence in the Portesuello area of Santa Barbara and knocked on the door. The suspect wore an I.D. on a lanyard, claimed to be a representative of the Office of Emergency Management and attempted to gain access to the property. No representatives from the Office of Emergency Management are in the field and would attempt to gain access to a private home.

The suspect is described as a white male adult, 5’ 6”, approximately 25 years of age, wearing a gray hoodie and a yellow reflective vest. Officers from the Santa Barbara Police Department searched the area for the suspect and were not able to locate him.

Santa Barbara Sheriff’s Office advises the public not to allow any individuals claiming to represent the County or City of Santa Barbara for “stability testing” to access their property. If you anyone attempts to gain unauthorized access to a residence, the public are to call 911 immediately. 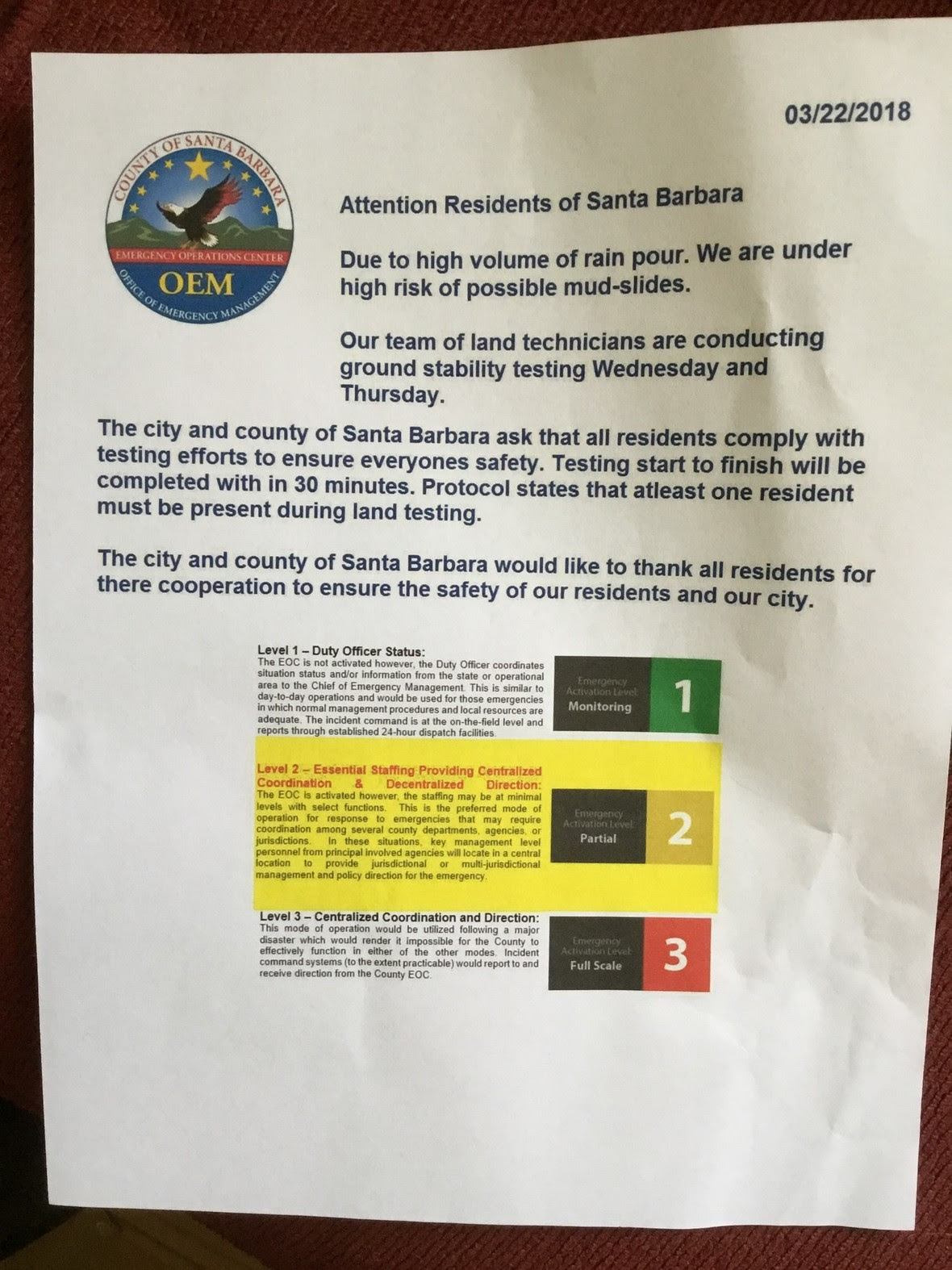 The fact that she has died

I understand from another man

They did not say.

I hadn't known about Core