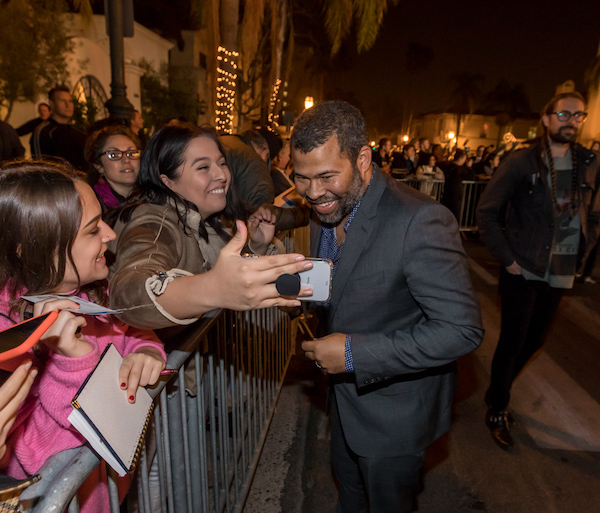 Christopher Nolan of Dunkirk, Greta Gerwig of Lady Bird, Guillermo del Toro of The Shape of Water, Jordan Peele of Get Out, and Paul Thomas Anderson of Phantom Thread are the five Oscar nominees for The Best Director category and the recipients of the SBIFF Director Award.

Each of these filmmakers was awarded for their exceptional vision in bringing together every element of filmmaking, from acting and story to camerawork and sound, creating a notable experiences. 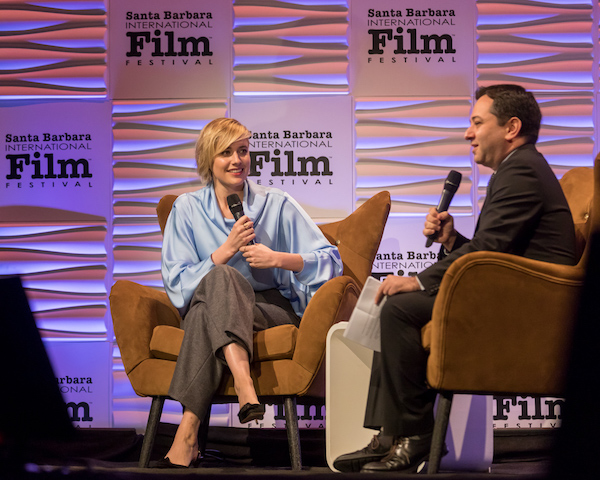 Gerwig is making history as just the fifth woman ever to be nominated for Best Director at the Oscars while it being her solo directorial debut for Lady Bird. The film earned a total of five nominations: Best Picture, Best Actress for Saoirse Ronan, Best Supporting Actress for Laurie Metcalf, Best Original Screenplay and Best Director. She's also nominated for Best Original Screenplay and her film has already won Best Motion Picture - Musical or Comedy at the Golden Globe Awards. Only one woman has previously won an Oscar for the Best Director, that was Kathryn Bigelow for The Hurt Locker in 2010.

She's previously known for a variety of independent film work including Greenberg (2010), Frances Ha (2012), for which she earned a Golden Globe nomination, and Mistress America (2015). Gerwig has also had starring roles in the films such as Damsels in Distress (2011), To Rome with Love (2012), Jackie (2016), and the Santa Barbara-based film 20th Century Women (2016) which earned her a nomination for the Critics' Choice Movie Award for Best Supporting Actress.

When asked what gave her the push to write and direct, Gerwig answered the fear of not having tried outweighed her fear of failure and she just went for it. She discussed her love of acting but moving forward she plans to focus on her writing and directing her own work and to make a lot of movies. 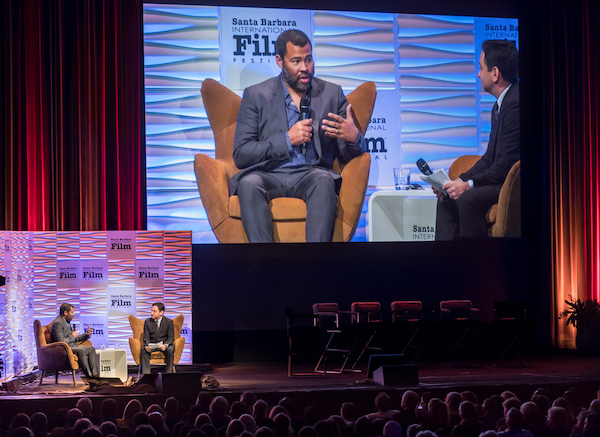 Jordan Peele is honored for his solo directorial debut with the breakout thriller film Get Out, which earned him Academy Award nominations for Best Director, Best Picture, and Best Original Screenplay. Peele is also making history as being the third person ever to receive these three nominations for a debut film. He would be the first African-American person to receive the award for Best Director and/or Best Original Screenplay. Peele is also well known for starring in the Comedy Central sketch series Key & Peele and for five seasons as a cast member on Mad TV.

On tackling the racial elements of Get Out, Peele said, "I realized in the middle of this movie and with 'Key & Peele'... oh shit, I'm obsessed with race." He went on to discuss his obsession with African American identity and the Black perspective in pop culture and the need for more images of vulnerable Black men. When showing his lead actor Daniel Kaluuya in a scene where he's openly crying over the loss of his mother, Peele felt it was important for people to have this visual. 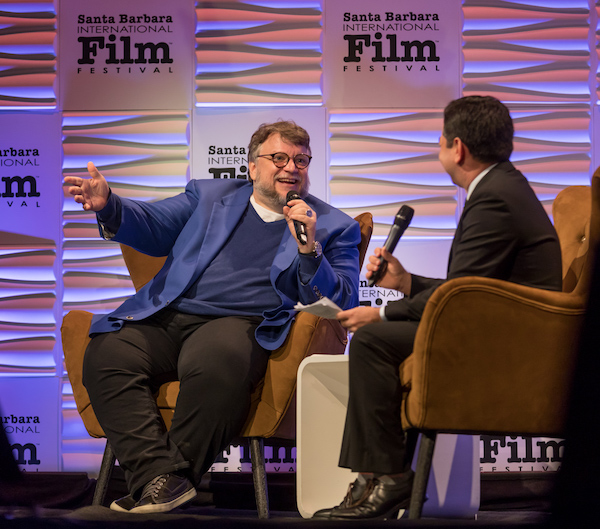 Del Toro jovially portrayed his excitement about The Shape Of Water. He discussed how the in the first half of the film the creature was a type of blank canvas where the other characters projected their feelings and emotions onto it. He dove into his merging of Catholicism and monsters saying, "Where others saw horror, I saw beauty. Where others saw beauty or normalcy, I saw horror... the monsters are in the human heart." Speaking more deeply on the underlying social commentary of his film, he said that ideology is separating all of us and we're taught to fear the "other." "Can't we embrace the 'other?'" he asked. 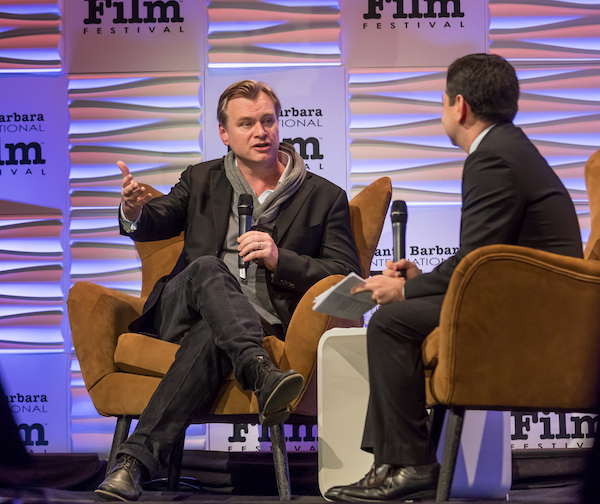 Christopher Nolan was recognized for his World War II film Dunkirk, which earned eight Academy Award nominations including Best Picture and Best Director. This is his first ever Oscar nomination for directing. Nolan is best known for directing The Dark Knight Trilogy (2005–2012); Inception (2010), which received eight Academy Award nominations, including for Best Picture and Best Original Screenplay; and Interstellar (2014). His ten films have grossed over $4.7 billion worldwide and garnered a total of 34 Oscar nominations and seven wins.

Nolan discussed viewing his film Dunkirk as a suspense thriller and not so much a war film that came with a very heavy responsibility. He then told a story he heard from a war veteran who was at Dunkirk who described seeing men walk into the water trying to swim out of there. Nolan asked if they were actually trying to swim or to end their lives, the veteran replied that he didn't know but they were dying.

Popstar Harry Styles from the band One Direction played a large role in the film and Nolan admitted he didn't know who he was at first. Styles auditioned like every other actor since they were casting for specific ages. "He gave a great read. He earned a seat at the table," said Nolan. 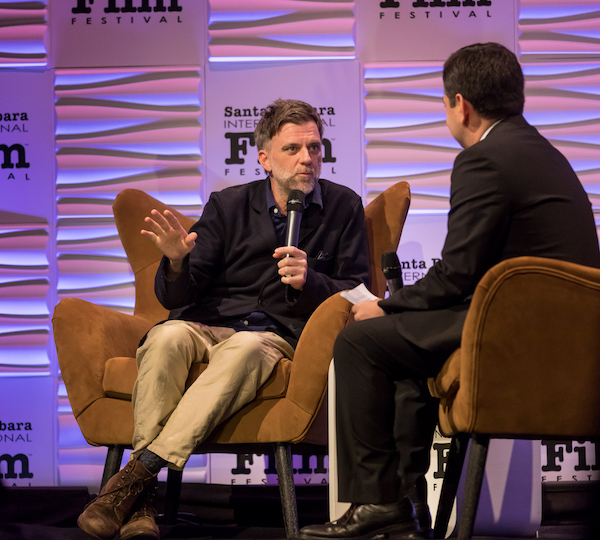 Paul Thomas Anderson was honored for directing Phantom Thread, for which he also wrote the screenplay. The film also earned six Academy Award nominations, including Best Picture, Best Director, Best Actor for Daniel Day-Lewis, and Supporting Actress for Lesley Manville. Anderson is known for his other films: Boogie Nights (1997), Magnolia (1999), Punch-Drink Love (2002), There Will be Blood (2007), and The Master (2012).

Feinberg asked Anderson about Day-Lewis' announcement of retiring from acting and Phantom Thread being his final film. Anderson said Day-Lewis will always be at the top of the list for actors he'd like to work with we're fortunate to have a long list of DVDs to view his work. "It's sad to think about that, but we should be so happy for what he's given us," said Anderson.

Thank you for the beautiful

Some of those Washingtonia

Thanks for the write-up!!

Thankfully they've all been

My son was sitting in his car

And it is good PR.

Unless they are needed